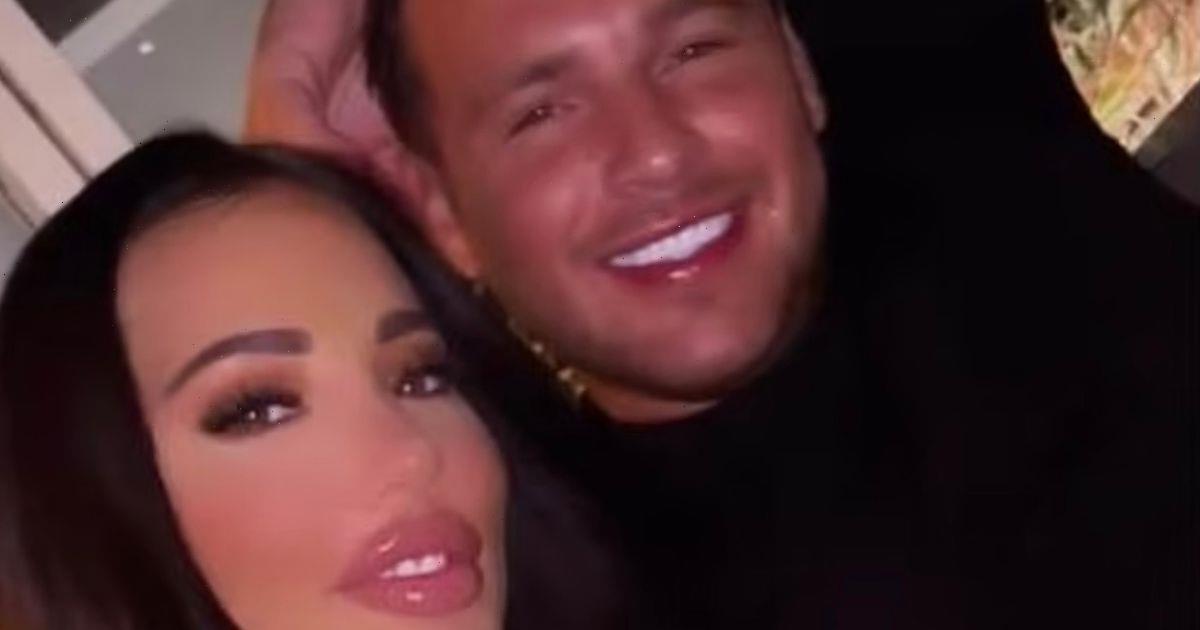 The Only Way Is Essex bombshell Yazmin Oukhellou has confirmed her romance with Lauren Goodger's ex – Jake McLean – after breaking up with on-off boyfriend James Lock for good.

Yazmin, 27, had been romantically involved with Jake a while back, and now confirming the rekindling of their relationship, she also joked that they might even be expecting their first child together when she posted some cryptic snaps revealing her lover.

Going Instagram official with her new beau, she shared a sweet photo of her and Jake getting cosy while in Dubai – but she covered his face with a heart-eye emoji.

Yazmin penned a sweet message alongside the faceless snap that read: "We’ve been through more than most. Had our ups and downs but I wouldn’t have us any other way," hinting at who she was cosied up with.

The brunette babe was referring to when she dated Jake back in 2019, before rekindling her romance with him when she split from James Lock in February.

The big reveal of her new beau came about when she posted a video on her Instagram stories, revealing his face and making him Instagram official.

Speaking to the camera she said: "So finally I've announced my boyfriend on Instagram. I've been keeping it a secret for how long?

"It's only been a year," Jake replied.

"Well I thought now he deserves that status, so I've announced it," she said.

Jake then joked: "Are you going to announce the pregnancy as well? May as well."

Yazmin then looked shocked as her jaw dropped. With a preference for girls from The Only Way Is Essex, Jake dated fellow TOWIE co-star Lauren Goodger in 2015.

The pair's romance came while he was serving a jail sentence for armed robbery. Lauren and Jake split after he was released from prison.

Yazmin, however, dated James Lock, fellow TOWIE cast member, for two years before their split was announced earlier on in the year.

She broke the news to her followers when she said: "James and I have split up amicably. I love James but we're not good together. It couldn't go on the way it was so I told James we should end things and he agreed."

After the TOWIE power couple broke things off, she quit the popular TV show and moved to the United Arab Emirates before moving back to Essex and reappearing on the show.

Back in May rumours spiralled around Yazmin and Jake, when The Sun first reported that they had rekindled their romance.

A source told the publication: "Yazmin and Jake rekindled their relationship when they were both single again. They got on really well a few years back but obviously things didn’t work out and they both moved on."

The source went on to say that when Yazmin and James split up, they started talking again before taking things slow and then becoming "smitten" with each other.