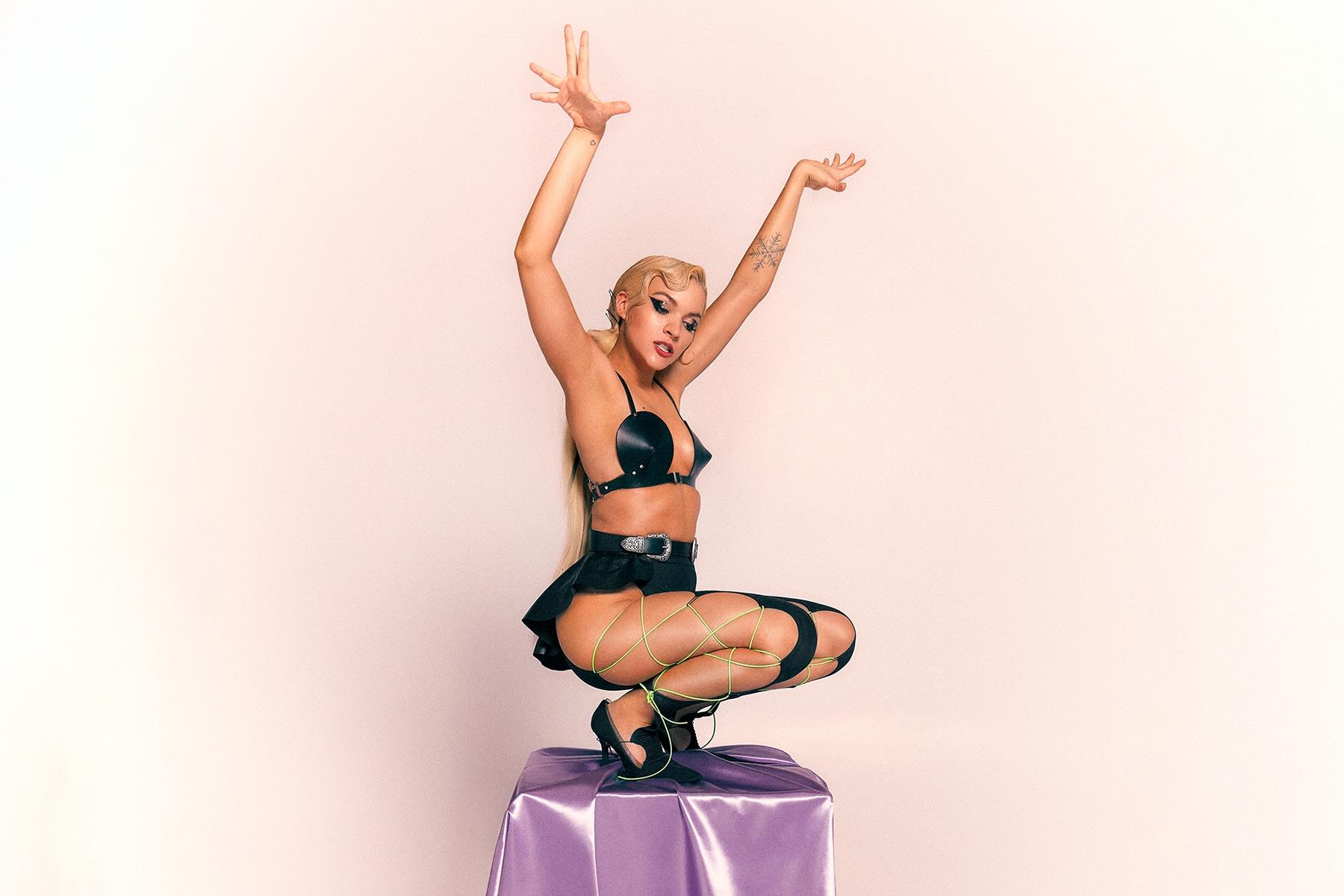 When it comes to touring, Tove Styrke has been indie-pop royalty’s secret weapon. She provided the perfect prelude for Lorde on her massive Melodrama tour in 2018, and just wrapped as an opener for Marina. But it’s Tove’s time now. And you should say her name right, too. It’s Too-vah Steer-kah.

Zooming from her cozy Stockholm bedroom, Styrke reveals to Rolling Stone that her upcoming project, Hard, out June 3, is likely the rawest she’s ever been. “Every artist says that but it’s true,” she says with a cackle about her fourth record.

On Thursday, the singer released the second taste of the album: the moody, Elvira-produced single “Hardcore.” Like the rest of Hard, and with its scream-sing vocals, it’s Styrke saying “fuck it.” She’s taking risks — and she’s better for it. “The lyrics don’t even make sense sometimes, but it suits the song because it’s meant to feel like you’re drunk,” she says. “I needed to just like let it all out. I just want to eat the production.”

With its sky-high production value and powerhouse vocals, Hard takes a more maximalist approach to her pop sound. She started inching toward that on 2018’s “Sway” and “Say My Name,” which Rolling Stone named the song of the summer in 2018.

When it comes to pop-perfect Swedes, Tove Styrke — who got her start in 2009 after finishing third on Swedish Idol — has had quite a few to look toward. On tour with Marina, she performed a cover of ABBA’s “Super Trooper,” as a seeming tribute to her country’s “proper icons.” For Styrke, though, she doesn’t “feel the pressure” of having to match acts like ABBA, Tove Lo, and Robyn who have become the ambassadors for the country’s sound. On the contrary. “Nobody expects to be the next ABBA, but their good reputation trickles down,” she says. “People see you in a good light.”

Even with 12 years under her belt, it’s on this LP that she’s finally confronting her own insecurities when it comes to her sound. “I’ve always had this low self-esteem with my voice because I always felt like, ‘Oh, there’s all these girls who are so much better than me at this,’” she says. ” ‘I’m not a singer. I’m a creator. I’m a musician. I’m all of these fun things, but I’m not a singer.’ “

Styrke pauses. “I wanted to prove — mostly to myself — that I can actually sing,” she says with the giddiness of a newly signed artist. “I have my thing going on. I felt like it was time to bring that to the surface and show it off a little bit.” And on Hard, she does exactly what “nobody expected.”

A lyrical standout, “Millennial Blues” opens with the sound of a landline phone as she sings on the slower track about being brought up with nostalgic “lies” of Disney princesses while facing the woes of growing older and falling short of meeting her own expectations. “That’s me confessing I’m part of the old people,” she laughs. “It’s about this feeling that the world is about to end and you’re stuck in your own head and feeling trapped by the whole world around you.”

From her debut LP at age 17 to 2015’s Kiddo (and its addicting “Borderline”), Styrke has been going at it for quite some time. Because she’s taken her time. And with Hard, her efforts are finally paying off. “I have the confidence of someone who’s been doing this for a while. I don’t take any bullshit,” she admits. “But I also feel like I’m just starting as this new artist trying to find what the next thing is that I want to do.”