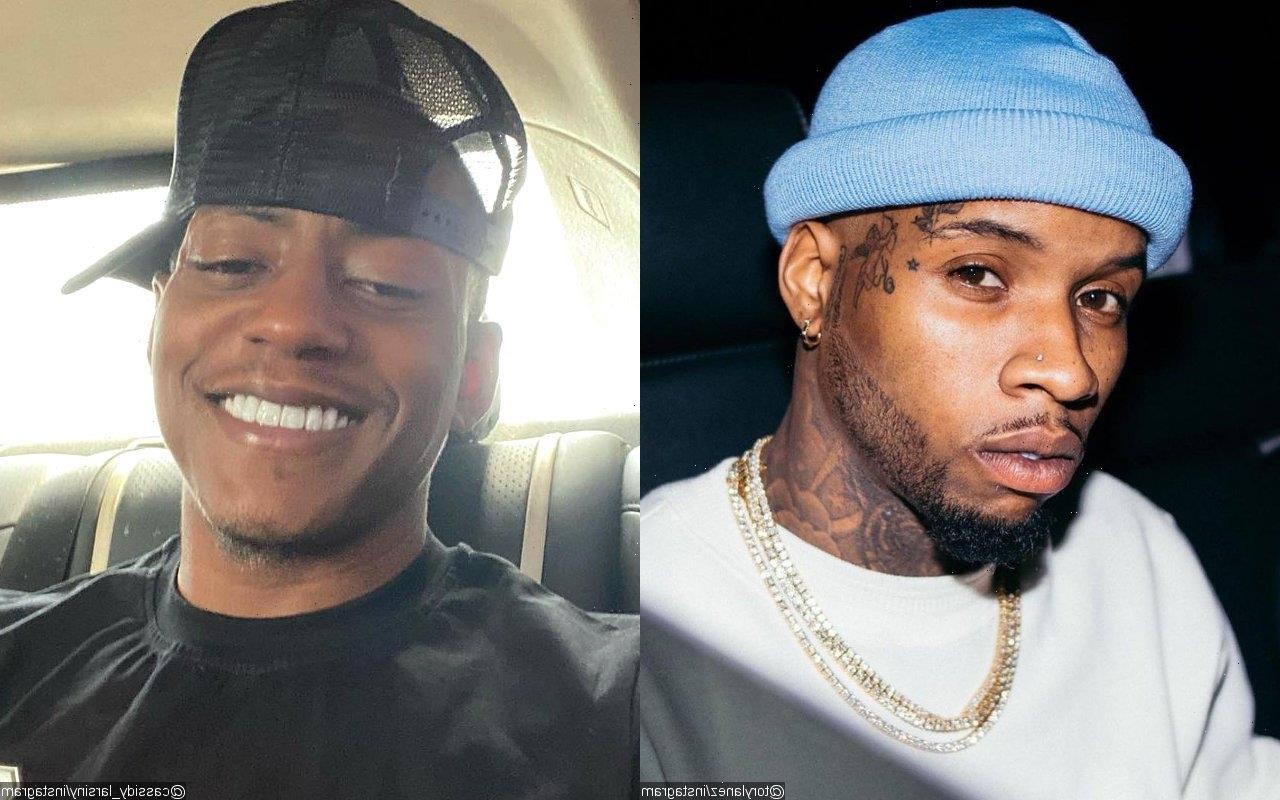 The new diss track titled ‘When Its Dark (E-NFT) 8-10-21’ is released in response to Cassidy’s song ‘Perjury’, in which he slammed the Canadian star for allegedly stealing his flow and lyrics.

AceShowbiz – The feud between Tory Lanez and Cassidy has yet to be over. Instead, the tension between the two rappers is rising with the former taking aim at the rap legend in a new diss track called “When Its Dark (E-NFT) 8-10-21”.

In the freestyle, Tory rapped over A$AP Rocky‘s “Ghetto Symphony” record, “Old n***as talkin’, I ain’t hearin’ em/ I put fear in ’em, I leave Cas’ body in that casket his career is in.” He went on to rhyme, “My prime to your prime, dawg, it’s no comparison/ What you gon’ compare? Some SMACK DVD appearances?”

Fans, however, were not impressed by the diss track. “This s**t is wack af,” one person commented. “I don’t think this is a good idea especially against Cassidy!” someone else opined.

“Tory Lanez is nice, granted. but this generation doesn’t know s**t about Cassidy & I hate that. That man is a monster. So much of a monster that the only reason Tory Lanez is actin out right now is because he’s been stealing Cassidy’s lyrics/flow, not giving credit & was outted,” another person said. Some others simply thought the track was “trash.”

The new diss track was released in response to Cassidy’s song “Perjury”, in which he slammed Tory for allegedly stealing his flow and lyrics while appearing on the radio station Hot 97.

The legendary rapper also called out Tory in an Instagram post back in July. “I’m @torylanez favorite rapper,” Cassidy declared in an Instagram post, adding, “Ain’t no denying that #GoatGang Show me the respect I deserve.” The “Get No Better” spitter also pulled receipts, showing clips of Tory’s performances from 2017 and comparing them to his tracks.

Tory caught wind of the post. Admitting that he’s a fan of Cassidy, the “Jerry Sprunger” rapper wrote, “Cass is one of my favorite rappers …. I wouldn’t be able to rap like this without him ….. what’s the problem.”