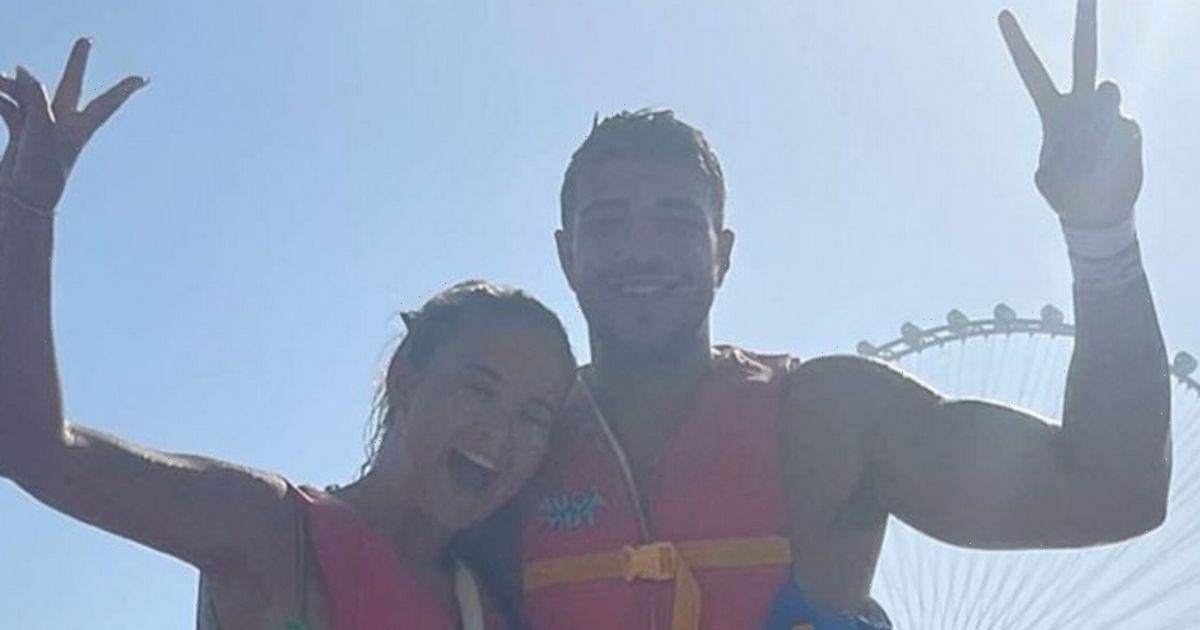 Love Island's Tommy Fury was left injured at a water park after going on an inflatable assault course with girlfriend Molly-Mae Hague.

The 22-year-old boxer smiled for a photo with his lady during the activity but could be seen with blood dripping down his thigh.

Currently, the couple is on holiday in Dubai on a romantic getaway to celebrate Molly turning 23.

The stars shared a clip of them holding hands going down a huge inflatable slide into the sea.

In another clip, Molly shared a video of Tommy belly flopping from a platform onto an inflatable bed as she joked he was "graceful as ever".

Although the couple were smiling as they had fun tackling the course, Molly warned it wasn't for children after showing a nasty cut on Tommy's leg.

Before showing his leg injury, the pair posed on the platform in their life jackets smiling as they did the peace sign with their hands

However, it wasn't hard to spot the gruesome cut as blood was trickling down his leg from his thigh.

Despite the cut, the couple have been sharing some loved-up photos together on their holiday.

The duo first met when they appeared on the ITV2 dating show Love Island back in 2019 and have been together since leaving the villa.

In the week, the Love Island duo couldn't keep their hands off each other as they relaxed on a boat trip.

Snuggling into her boyfriend, Molly sweetly kissed her shirtless boyfriend as she captioned the snap a "forever thing".

It wasn't long before her loyal fans were swooning over the adorable photo as many rushed to say the couple should tie the knot.

With another commenting: "This is the most romantic picture I’ve seen in a long time! True love."

Someone else said the couple were "soulmates" with others saying it was the most romantic photo they had seen.