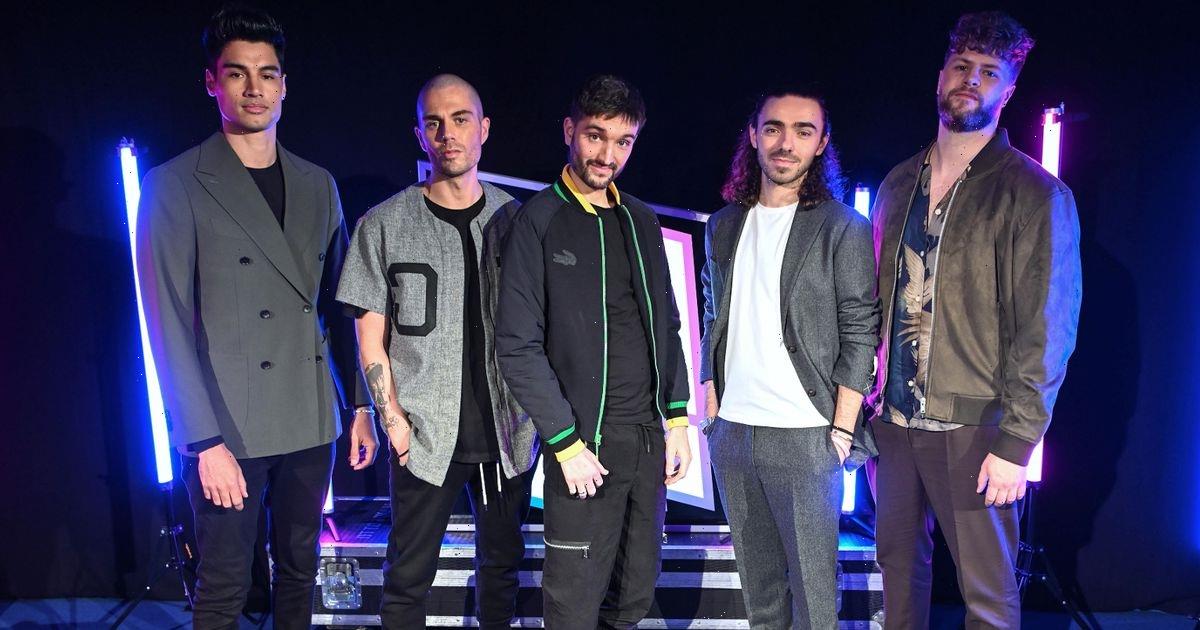 The Wanted's Tom Parker beamed with joy after his bandmates shared some positive news with fans on the final night of their Greatest Hits tour.

It comes as the five-piece group celebrated their chart-topping career on a nationwide tour, despite Tom's devastating inoperable brain tumour diagnosis in October 2020.

The group consisting of Max George, 33, Tom, 33, Nathan Sykes, 28, Siva Kaneswaren, 33, and Jay McGuiness, 31, took to the stage performing hits including All Time Low and Walks Like Rihanna, much to the delight of fans.

Despite his ongoing health struggles, Tom made the decision to join his pals for their closing numbers, Glad You Came and Gold Forever.

A source told us: "Max told fans that this wouldn't be the last we would see of The Wanted, the group were really positive about their future and seemed optimistic about it.

"They performed as a four-piece until the final two songs when Tom appeared, sitting on a throne wearing sunglasses, a wardrobe change that his bandmates also joined in with."

They added: "Despite his condition, he was in such high spirits and seemed overjoyed to be on stage but became rather emotional which is totally understandable.

"When Max was telling fans this isn't the last, Siva piped up adding that the heart vacancy girls might be the last of the tour but there'll be many more to come."

This was echoed by Jay who told fans they need to "keep their eyes peeled" for future news, who later confirmed this on social media.

The actress left fans speechless with her rendition of the band's song as she sang along with Max, Jay, Siva and Nathan.

Ahead of their performance, Max issued a health update on Tom who was seen sitting in a wheelchair due to his brain tumour.

He said: "It's been an epic few weeks… One last show my boy, you are a true hero mate. Can't wait for the next tour with you."

Speaking ahead of their show, Nathan told the Daily Star: "It's emotional, for Tom to be able to come through his treatment, which is on­going, then get on stage in front of thousands of people was the most amazing moment for all of us."

While Siva commented: "Tom wants to be on stage, when it happens he gives 120% – he's always done that."