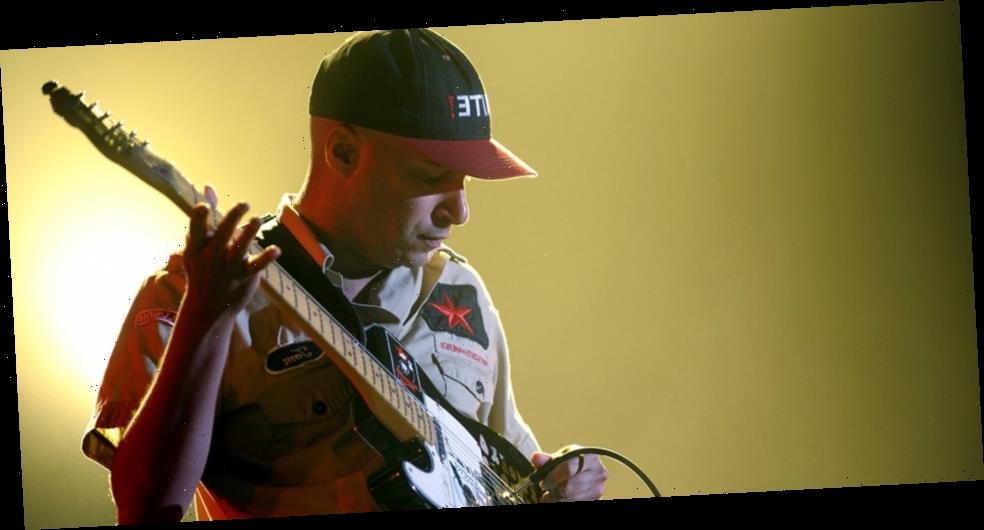 From touring the world with bands like Rage Against the Machine and Audioslave to shutting down the New York Stock Exchange while filming the “Sleep Now in the Fire” music video with Michael Moore and starting a protest at the 2000 Democratic National Convention in Los Angeles, legendary guitarist Tom Morello is a man with many a tale. Now, he’s shared his entire life story in Tom Morello at Minetta Lane Theatre: Speaking Truth To Power Through Stories And Song, a one-man, off-Broadway show performed over three New York nights in September 2019 that’s set to release exclusively on Audible.

The show is a deep dive into Morello’s mystique, past, beliefs and unrivaled guitar talent. Over the course of the program, Morello discusses being the only Black person at school in his hometown of Libertyville, Illinois, starting the guitar late at 17, his high school band — of which Tool bassist Adam Jones was also a member — getting accepted into Harvard University, finding time to practice the guitar for eight hours a night while at school and much more.

Later on, Morello also riffs his time with Rage and Audioslave, making music with Zack De La Rocha and Chris Cornell, what he learned from Bruce Springsteen and his stints as The Nightwatchman. Of course, these stories are interspersed with Morello’s guitar playing, as he shreds through everything from “Killing in the Name” to “The Ghost of Tom Joad.”

A must-hear for any fan of the guitarist, Tom Morello at Minetta Lane Theatre: Speaking Truth To Power Through Stories And Song will hit Audible on August 31.

Morello also released a book recently: his limited-edition Whatever It Takes photo-memoir is limited to only 2,000 copies and retails at $347 USD.
Source: Read Full Article