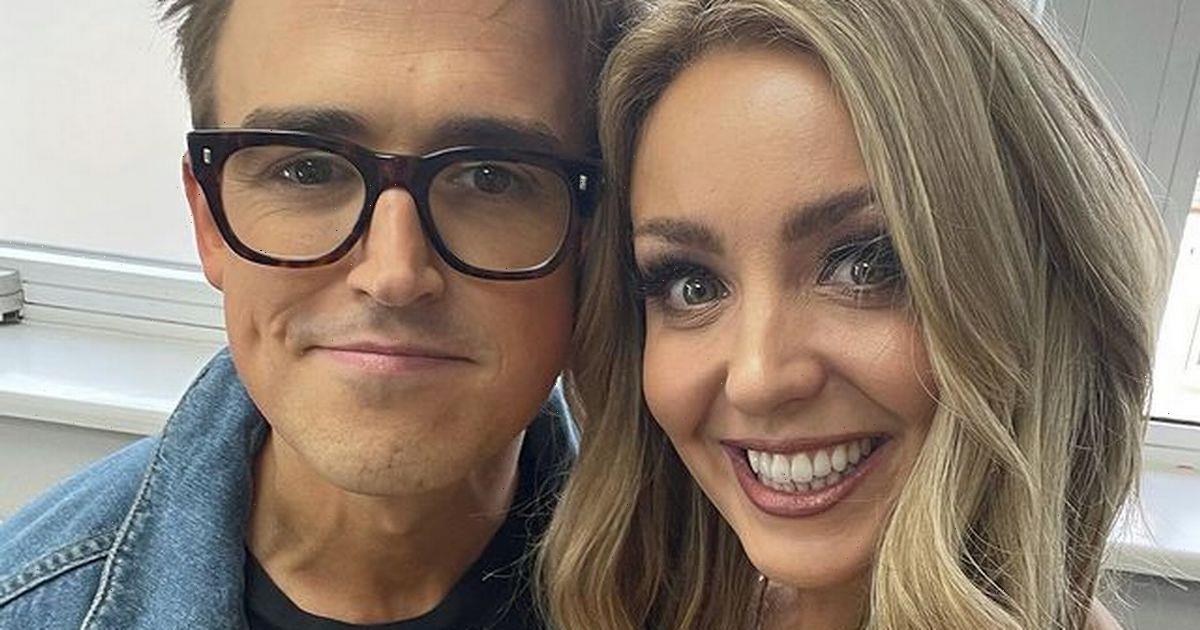 Tom Fletcher has teased his fans with a sneak peek of what they can expect from him on Strictly Come Dancing 2021.

The McFly singer is set to make his dancing debut on the hit BBC One show this weekend, and now he's revealed some of his brand new dance moves ahead of the show.

36-year-old Tom has been paired up with Strictly pro Amy Dowden, and it's been confirmed that they'll perform a Cha Cha routine to Earth, Wind & Fire's 1978 hit, 'September'.

The star has been rather busy juggling his Strictly duties with his packed-out McFly concerts, as the band have been touring the UK on their Young Dumb Thrills Tour.

However, he managed to get some extra dancing practice in on Thursday (24 September) when he brought a special guest onto the stage during his Manchester gig – none other than his Strictly partner, Amy Dowden.

The cheering crowd went wild as Amy was introduced onto the stage, with her embracing Tom as she arrived in front of thousands.

"We are dancing the Cha Cha Cha on Saturday," he told the screaming fans.

He then gave an impromptu sample of what viewers could expect from him this weekend as busted out some impressive moves with Amy.

Tom's I'm A Celeb-winning bandmate Dougie Poynter could be heard shouting "Holy crap" as Tom put his guitar down and got into position.

As they finished their brief bit of grooving, Harry shouted: "Tom to win."

"Are you going to vote for me and Amy on Saturday," he asked the adoring crowd to a wave of screams.

Tom then jokingly mocked his Welsh dance partner as she said hello to McFly's legion of fans.

"I'm living my best life and I'm very lucky to be on tour with you amazing boys," Amy sweetly added.

This Saturday, the 15 celebrities will take to the dancefloor for their first competitive dance of the 19th series.

Strictly's first live show airs on BBC One at 7pm on Saturday, September 25.