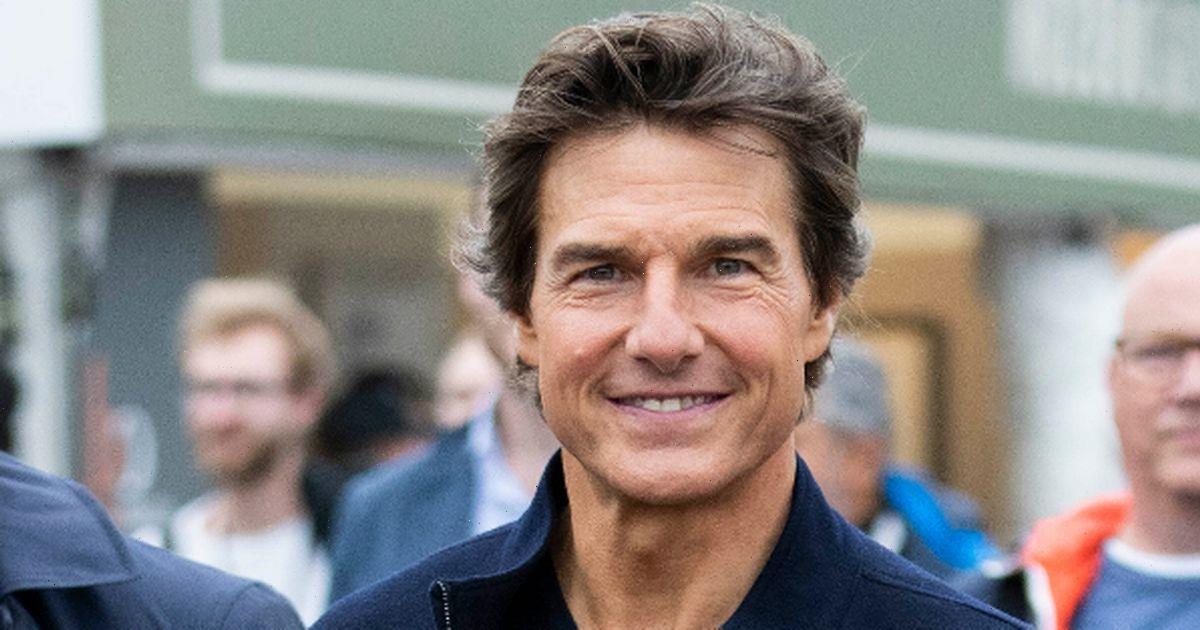 Tom Cruise was blasted by viewers after he used a live segment during a royal party to plug his new film.

He was among the star-studded guest list at the Queen’s Platinum Jubilee Celebration at Windsor Castle today when the gaffe occurred.

Tom was mobbed by fans as he arrived at the royal residence in Buckinghamshire where he had been invited to introduce the Kings Troop Royal Artillery and gushed about how “honoured” he was to be there.

He told presenters Philip Schofield and Julie Etchingham: "It is a real privilege. "This is a woman who I greatly admire. She has tremendous dignity and what she has accomplished is historic.

“I just have great respect for her. I really love the tradition. And what a moment.

“That's a lot of history there."

However, when the 59-year-old started bleating on about his new film Top Gun: Maverick fans were baffled at the lack of relevance. Another wrote: "Watching the queens [sic] platinum jubilee celebration on ITV but all we’ve had is Tom Cruise plugging his new movie. Sod off!"

A third added: "Could not understand why Tom Cruise was part of this #Jubilee program. Now I know. He has a movie to plug in. I mean that whole interview was very little to do with The Queen. Surprised he didn’t break out the Scientology pamphlets." Meanwhile, it recently emerged thatPrincess Dianaonce said she would not dateTom Cruise – because he was too short.

Former royal chef Darren McGrady says the princess and the actor met on the set of Mission: Impossible years ago.

Apparently, she had taken her sons, William and Harry, to see the action film being made – which they “loved”. But Darren claims that, after meeting Cruise, Diana joked she would take him "off the list" – because of his height.

The A-lister’s exact size is hard to pinpoint, but it is thought that he stands at around 5ft 7ins.