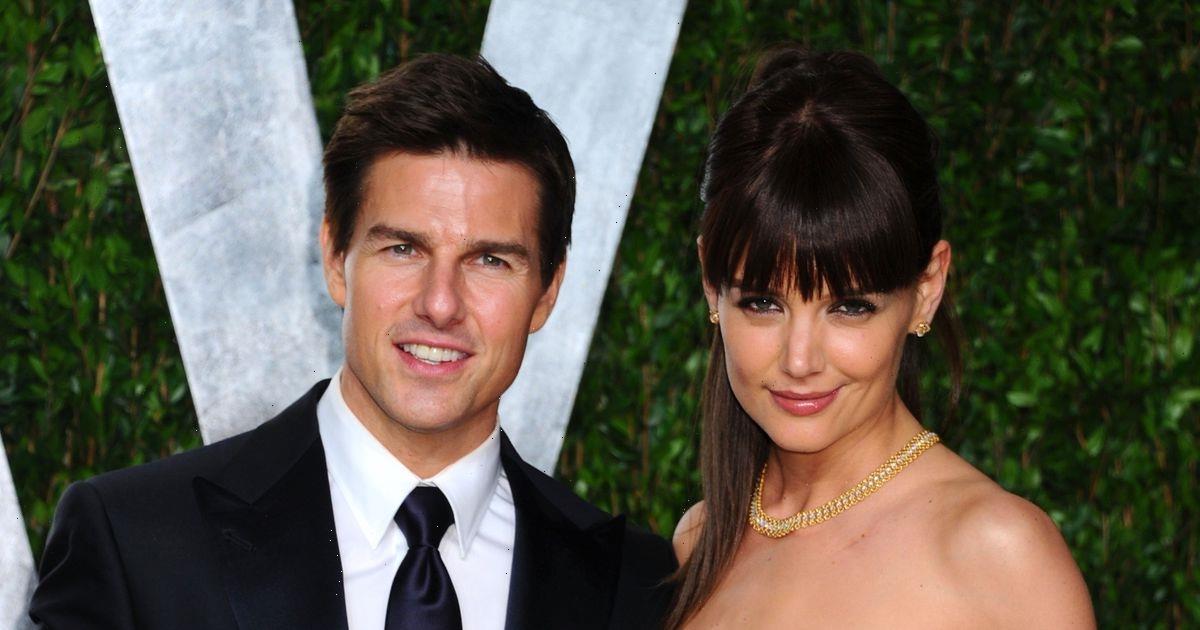 After his eleven year marriage to Nicole Kidman which ended in 2001, Tom set his sites on Dawson Creek's actress Katie and they began dating in April 2005.

But the couple surprised fans when they publicly announced that they were engaged in June of the same year.

After Tom's public declaration of love, the pair often remained on the front pages of several newspapers and magazines as the wonderful yet weird relationship continued to unravel in the public domain.

Although things appeared to be blissful between the two of them to begin with, cracks evidently started to show after a few years and the press frequently discussed the status of their relationship.

On June 29. 2012, after five and half years of marriage Katie filed for divorce from Tom in New York.

Daily Star have taken a look back at the couple's relationship history and what could of possibly went wrong.

Tom Cruise announces he was in love

Appearing on The Oprah Winfrey Show in May 2005, Cruise could not seem to contain his excitement.

At the time, viewers were confused by his giddy and outlandish behaviour which led the talk show host to say "we've never seen you like this".

But the Eyes Wide Shut actor couldn't wait to get his good news off of his chest and declared he was "in love".

By this time, the star had already been on dates with Katie in April 2005, but in true Oprah style, the host had to ensure viewers knew exactly what was going on and made her audience understand that Tom was dating the Dark Knight actress.

Exhilarated, Tom then jumped on Oprah's sofa and continued to do so throughout the interview. The star also admitted that he had never felt this way before.

Due to his strange behaviour, Tom and Katie's relationship hit headlines across the globe within minutes.

The couple's relationship continued to move at a speedy pace and the pair announced that they were expecting their first child in October 2005.

The actress later gave birth to their first daughter Suri the following year on April 18, 2006.

During Katie's pregnancy, Tom purchased his very own at-home ultrasound machine so he could keep an eye on Katie's womb.

However, he was criticised heavily by medical professionals at the time who said sonograms should only be carried out by certified technicians and should only be used medical purposes. This is due to the fact that potential problems could possibly be missed by the untrained eye.

Another problem could be that the unborn child could be overexposed to more sound waves than necessary while in the womb.

When Katie was giving birth to Suri, reports claimed that the couple had opted for a silent birth, something that The Risky Business actor was very insistent on.

The couple showed off their daughter for the first time to Vanity Fair where Tom provided further details on their daughter's name.

"We had the name before we found out [the gender of the baby] because we both thought the baby would be a girl," the actor said.

Katie and Tom had the rumour mill in overdrive when they announced their engagement just seven weeks after their first date.

The actor proposed to his wife to be with a teardrop-shaped ring at the Eiffel Tower in Paris. He later announced their engagement the following day at a press conference for his film War of the Worlds.

Though things were going great between the pair, the couple's wedding ceremony has been known to be one of the most surreal and dramatic services in the history of Hollywood.

Katie's parents refused to attend the wedding ceremony and Katie herself also went missing during the service, according to reports.

Though Katie was baptized a Roman Catholic and previously attended Christ the King Church in Toledo, she began embracing Tom's religion Scientology and this was also reflected in the couple's vowels.

The peculiar vowels that the minister read out on the couple's special day was something Tom had to agree to provide his new wife throughout their marriage.

One of the lines from the vowel read: "Girls need clothes and food, tender happiness and frills, a pan, a comb, a cat."

The couple then agreed and I do.

The couple's involvement in scientology

Top Gun star Tom is famously known in Hollywood as a firm believer in Scientology but his religious beliefs have often raised eyebrows amongst fans and the press.

In January 2008, according to American blog Gawker, a Scientology indoctrination video which featured the action star had leaked and rapidly spread across media outlets.

Gawker described the video as "scary".

"When you're a Scientologist, and you drive by an accident, you know you have to do something about it, because you know you're the only one who can really help … We are the way to happiness. We can bring peace and unite cultures." The actor said.

Several reports also suggested that Katie who was now a believer of Scientology had to abide but certain strict rules set by Tom.

Cracks in their relationship and messy divorce

Between 2010 and 2012, the media spotlight was on the couple once more as several reports suggested there may be cracks in the couple's relationship.

Despite this the married couple ensured their fans that things were still going great.

In 2010, Katie spoke openly in an interview with Marie Claire and said: "It's an amazing life, but we always remind ourselves of how incredibly lucky we are."

But two years later, on June 29 2012, Katie filed for divorce from the Hollywood legend.

Katie's attorney said in a statement: "This is a personal and private matter for Katie and her family. Katie's primary concern remains, as it always has been, her daughter's best interest."

Tom's representative said at the time: "Kate has filed for divorce and Tom is deeply saddened and is concentrating on his three children. Please allow them their privacy."

Following the couple's public announcement, close friends of Holmes stated that she believed she had reason to fear that Cruise would abduct their daughter Suri, and she also feared intimidation by the Church of Scientology.

In accordance to reports at the time, Tom told Katie to sign a divorce agreement stipulating that she was not allowed to date anyone else publicly for 5 years.