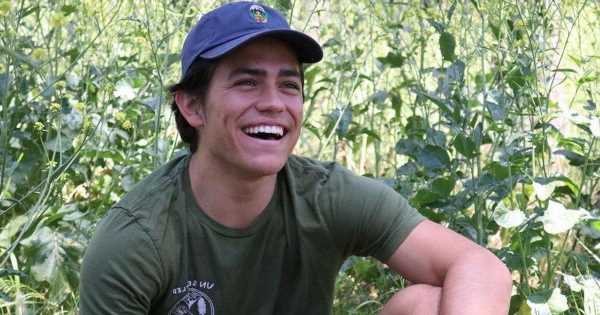 The young social media star was one of two people shot during a screening of The Forever Purge at the Regal Edwards Theatre in Corona, California.

He tragically passed away from his injuries after a man opened fire inside the movie theatre.

Anthony is the second victim killed in Monday's shooting.

Authorities have said Barajas and Goodrich were at the Regal Edwards Theatre in Corona, about 50 miles southeast of downtown Los Angeles, for a 9:35 pm showing of the action-horror film.

Workers cleaning up the cinema after the movie ended discovered two people had been shot in the head, according to a statement from Riverside County District Attorney Mike Hestrin.

Goodrich was pronounced dead and Barajas was taken to the hospital and placed on life support.

"We extend our thoughts and condolences to his family and friends," the department said in a statement.

Joseph Jimenez, 20, has been arrested in connection with the shooting, NBC News report.

He was booked earlier this week on suspicion of murder, attempted murder and robbery but prosecutors on Friday filed a special circumstance murder charge.

Hestrin said the special circumstance charge makes Jimenez eligible for the death penalty if prosecutors choose to seek that punishment at trial.

Corona police said Saturday it is working with the Hestrin's office to add an additional count of first-degree murder.

Barajas was known online as "itsanthonymichael" and has nearly a million followers on TikTok and more than 50,000 on Instagram.

Fans from across the globe have taken to social media platforms to pay tribute to the star.

A third person posted: "My condolences go out to Anthony Barajas family. Such a shame a 19 year old TikTok star is no longer with us."

While a fourth wrote: "RIP Anthony Barajas such a talented guy such a heart breaking story , praying for his family."

"No words can ever express how truly heartbreaking this is to both families," a fifth social media user typed.