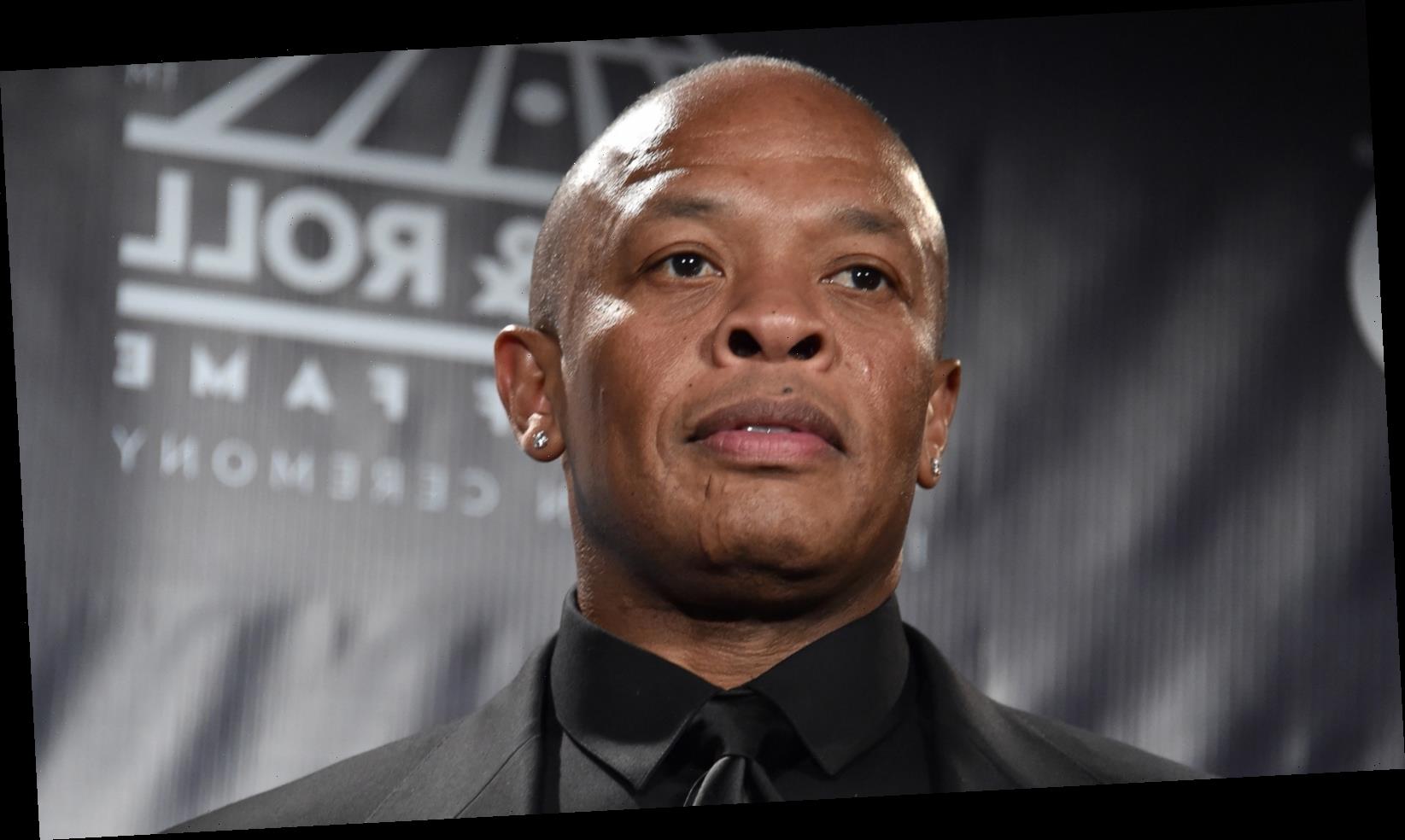 Dr. Dre (real name Andre Young) is known for producing hits for artists like Kanye West, Eminem, and Snoop Dogg. He got his start in the music world as a rapper in the group N.W.A. in the ’80s, rapping about gang life, per his All Music profile. Following his departure from the group in 1992, Dr. Dre founded Death Row Records, which quickly became a powerful producer of ’90s hip-hop in part due to Dr. Dre’s successful debut album The Chronic. The album peaked at No. 3 on the Billboard Hot 200 chart and was dubbed one of the most influential albums of the ’90s by The Washington Post. Since forming his label, Dr. Dre has been highly awarded for his collaborations and musical projects, which include an impressive seven Grammys.

Dr. Dre is not just a prized music creator, but a successful businessman as well. In 2015, Forbes labeled him as the second richest man in hip-hop after he sold his Beats headphones line to Apple for a whopping $3 billion.

For Dr. Dre, the fame and fortune is just a side effect of pursuing his passions. “I always loved the way music made me feel. I did sports at school, but when I got home, it was just music,” he said, per his Grammys profile. Another side effect to his successes, though, was run-ins with the law and legal headaches. Here is the untold truth of Dr. Dre’s many legal troubles.

Dr. Dre has had his fair share of family issues

According to The Sun, Dr. Dre has fathered seven children, having his first two while he was still in high school. He didn’t meet his first son, Curtis Young, until Curtis was 20 years old. “It was like looking in the mirror seeing him face to face,” Curtis told Next Shark in 2015 about meeting his famous father for the first time. “It’s really indescribable. The best way to describe it is meeting your favorite basketball player or football player.”

Dr. Dre ended up in a paternity battle over his third kid, Andre Young Jr. (who has since passed), when he was a toddler, per the Los Angeles Times. He would go on to have two more children before marrying Nicole Young.

It is likely that Dr. Dre only has relationships with the kids he shares with estranged wife Nicole. The pair welcomed two children — one son, Truice, and one daughter, Truly, — between 1997 and 2001. However, now the musician is finding himself enthralled in a new paternity battle. Dr. Dre and Nicole filed for divorce in 2020, and Nicole has since filed court documents meant to force Dr. Dre into revealing any paternity cases he had been involved in during their marriage (per TMZ), hinting that she believes he was unfaithful.

This isn’t the only thing Nicole is demanding from her soon-to-be ex husband. Let’s take a look at their bitter divorce.

Nicole Young filed for divorce from Dr. Dre in June 2020 after 24 years of marriage, citing “irreconcilable differences” as her reasoning, per TMZ. In addition to documents hoping to uncover any children he may have fathered during their union, Nicole is asking for some serious spousal support.

Although the two signed a prenuptial agreement, Nicole has requested nearly $2 million in monthly temporary support as they navigate their divorce, per TMZ. TMZ also reported that Nicole is pressing that she was “forced” to sign the agreement, and after two years of marriage, Dr. Dre ripped up the prenup because he was “ashamed” to have ever created one. Of course, Dr. Dre has denied this story and wants the prenup enforced. TMZ shared that for the time being, Nicole is still living the lavish lifestyle she has grown accustomed to, and Dr. Dre is currently paying her $293,306 each month.

Furthermore, Nicole has accused Dr. Dre of transferring and hiding assets that are supposedly “joint property” in a new holding company, therefore barring her from profiting off of them. However, TMZ sources say the assets in question are “his and his alone.” The outlet claims that Dr. Dre had begun the transfer process even before the two separated, per People.

Fortunately for Dr. Dre, he has plenty of funds to find the best lawyers, plus experience in the courts from prior legal issues.

Dr. Dre has both won and lost cases in court

Dr. Dre found some luck in the courts in 2011 after winning a lawsuit against the company who bought his Death Row Records label, per Billboard. The rapper claimed the label was using his music on compilation albums without his permission and “improperly” selling his debut album The Chronic digitally. The ruling stated that Dr. Dre should receive 100 percent of the proceeds of online sales. “We are gratified that the federal court has unambiguously declared that Death Row has no right to engage in such tactics, and must hold all proceeds from these illicit distributions in trust for our client,” Dr. Dre’s attorney Howard King said in a statement, per Billboard.

While he has the ability to hire the best of the best to work for him, that didn’t necessarily help Dr. Dre in a 2018 court case that he lost. He and Beats by Dr. Dre partner Jimmy Iovine were sued by former business partner Steven Lamar for allegedly stealing his idea for “celebrity-endorsed headphones,” per NME. Naturally, Dr. Dre and Iovine countered that Lamar was “only entitled to royalties from the first headphone model.”  In the end, Lamar was awarded $25 million of the original $100 million he was seeking.

Though he has had his fair share of victories and losses, Dr. Dre’s upcoming court battles with his wife are bound to be difficult, considering she is now bringing stuff from his past into light.

On top of asking for spousal support, Nicole Young has accused Dr. Dre of “physical, emotional, and financial abuse” during their 24-year marriage, per TMZ. While a TMZ source says they had never seen “any hint or claim of threatened or actual physical violence” between the two, Dr. Dre has been accused of violence against women several times and “paid the price for it” 30 years ago. It is unclear what evidence Young has against Dr. Dre to use in court.

The entertainment mogul has been open about his past physical abuse toward women before, and said he deeply regrets any harm he caused. “Twenty five years ago I was a young man drinking too much and in over my head with no real structure in my life. However, none of this is an excuse for what I did,” he told The New York Times in 2015. “I’ve been married for 19 years and every day I’m working to be a better man for my family, seeking guidance along the way. I’m doing everything I can so I never resemble that man again. I apologize to the women I’ve hurt. I deeply regret what I did and know that it has forever impacted all of our lives.”

It looks like Dr. Dre has quite the list of legal troubles that only seems to be growing.

If you or someone you know is dealing with domestic abuse, you can call the National Domestic Violence Hotline at 1−800−799−7233 or TTY 1−800−787−3224. You can also find more information, resources, and support at www.thehotline.org.