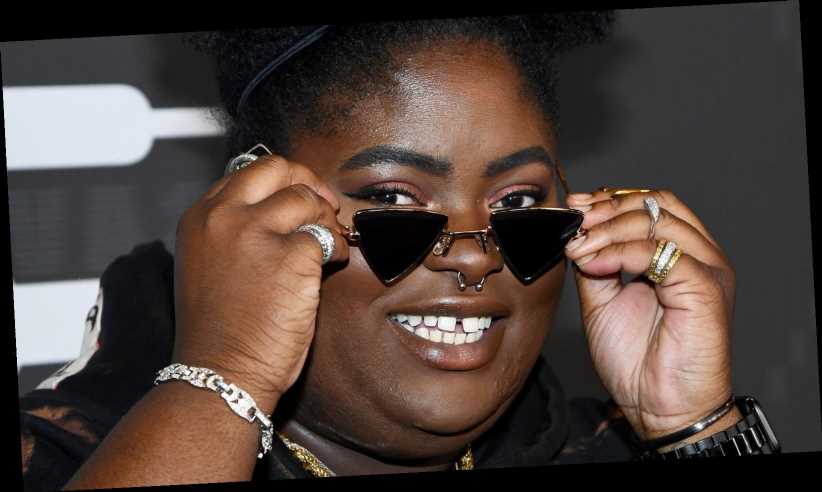 You might recognize Jane Chika Oranika, better known as Chika, as the woman who blew Twitter away with her with her freestyle rap slamming Kanye West as a poor example for young Black people following his support for then-president Donald Trump in 2018 (via Rolling Stone). “You undo the progresses of the geniuses before ya,” she rapped as West’s “Jesus Walks” played in the background. “We thought you could fill a void; you’re a puppet. You looked at all of your fans and said f**k it.”

Her powerful freestyle reeled in almost 7 million views and got the attention of the big dogs in the music industry. She later signed with Warner Records in 2019 and released her EP Industry Games in March 2020, per Rolling Stone. Despite not sharing a full album of her own just yet, she’s nominated for Best New Artist at the 2021 Grammy Awards.

“With this Grammy nod, it’s such a confirmation that I can do whatever I want, that I’m going to have fun and make things that I think people like. I hope they like,” she told Entertainment Weekly in December 2020. With Chika’s perspective as a queer Black woman growing up in the south, her efforts to address social justice issues through music have not gone unnoticed, either. Keep scrolling for more details about the up-and-comer.

Although Chika is doing wonders for other queer Black women like herself by tackling some polarizing topics in her music, she said does not understand why she’s categorized based on her sex and not on her sound. “I’m just a rapper, I so happen to be a girl. It’s a weird qualifier that always comes before your name,” Chika said while speaking with Revolt in March 2020. “That in and of itself can make certain issues. People don’t judge you the same way they judge other people.”

Revealing that she felt she had to work harder than male rappers to get to where she is today, she added, “In terms of how easy it is for a guy to get on versus a woman, I’ve seen that for sure. I’ve seen so many people who are not — not to say worse than me, but not on my level lyrically — surpass me over the past three years that I’ve been building my profile and platform. It gets weird, but it’s not an overall detractor.”

While Chika has made it clear she is not afraid to touch on social issues with her music, she also made a statement with her EP Industry Games about not kowtowing to the music industries demands and forging her own path.

“Story is, at that point, a snapshot of a girl who had just gotten to LA. And it’s like, yo, I’ve seen enough a little bit (laughter) — or what I thought at that point was enough of, like, what the industry wanted of me and knowing myself, what I was not going to be able to provide, basically,” she said, explaining the meaning behind the title track on NPR’s All Things Considered podcast.

Describing the person music executives wanted her to be, she said, “Someone who makes the music that was selling at that point and, in some ways, still is. It’s just lazy. It’s really — it’s lazy, and it’s very just hook-dominant. And it was just […] depressing.”

Chika's standing up for what she believes in

Breaking the status quo is nothing new for Chika. Raised in Alabama by her Nigerian immigrant parents, the odds were stacked against her — especially as a queer, Black, and plus-size woman in the south.

Calling her upbringing “no joke” while talking to Rolling Stone in March 2020, she knew she was destined to use her voice to help others like herself. “Whatever occupation I landed in, I would’ve used that position to say the words that need to be heard, and to stand up for what I believe in,” she told the outlet. “Yes, hip-hop is wonderful and it always has been, but on a human level, I’d always have to say something.”

Even in grade school, Chika petitioned for social justice and found herself in trouble when she hung a “Black Lives Matter” flag in the hallway. “I remember the shift between my mom being mad about that to her understanding,” Chika retold. “I explained to her that I felt like my dad could’ve been Eric Garner, and that I had to say something. My parents have always heard me out for that reason.”

Additionally, she spoke out against her home state’s anti-abortion legislation while tackling the topic in her song “Richey v. Alabama,” which she performed on Jimmy Kimmel Live!. “It moved me enough that I wanted to talk about it,” she told the outlet. “Even though hip-hop is my occupation, I would’ve done something no matter what.”

Chika isn't afraid to put her own spin on things

With Chika’s reputation for going against the norm, it’s no surprise she puts her own funk on everything she touches. For Spotify’s campaign to highlight the Best New Artist nominees for the 2021 Grammy Awards, Chika covered Billie Eilish’s “My Future” and, of course, she put her own spin on the track. Adding her own verse to the song, she raps, “I’m in love with my future/ And you don’t know her/ And I, I’m in love/ But not with anybody here/ Check with me in a couple years.”

Despite adding her own flare, Chika said she picked the song because it resonated with her. “The song is beautiful and presents an interesting opportunity to talk about where I am as an artist, especially on the heels of this nomination,” she told Nylon. “My present is moving so fast that each passing moment is practically the future already,” she added. “And I’m in love with the ride I’m on.”

The first artist to have Chika's back was Ice-T

Although Chika took a big risk by posting her controversial rap about Kanye West, her words garnered the support of some major players, including fellow rappers Cardi B and Missy Elliott. However, there is one star in particular who has had her back since day one.

“I remember the first one that made me go whoa was Ice-T, which is really funny ’cause we just met recently, like, a couple months ago at a party. And I walked by, and he was like, wait, no (laughter), and hopped up and introduced me to his wife,” Chika shared while speaking with NPR in March 2020.

“But he was one of the first people around that point who reposted it and reached out and was like, ‘Hey, whatever you need from me, you have my support; you’re an incredible MC,'” she continued. “And I thought that was really sweet and really dope of him.”