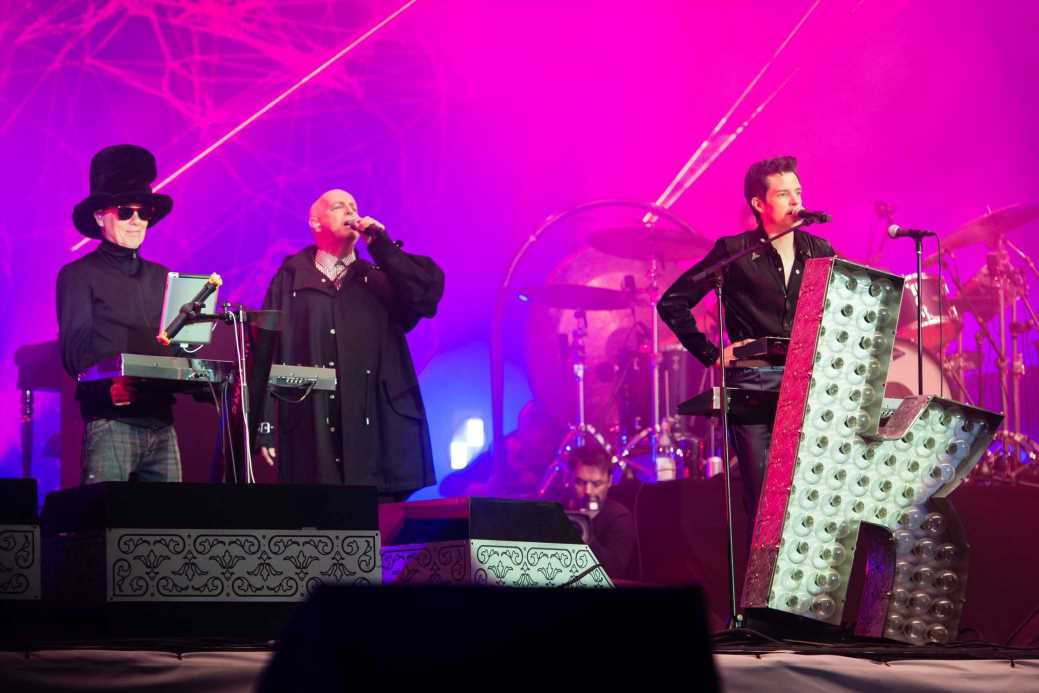 The Killers had a pair of surprises in store for their Glastonbury headlining set Saturday as the band brought out both Pet Shop Boys and Johnny Marr during the gig’s encore.

With the iconic British dance duo, the Killers tackled the Pet Shop Boys’ synth-pop rendition of “Always on My Mind” before Neil Tennant and Chris Lowe joined the Killers on that band’s hit “Human.”

Marr, who performed earlier in the day on Glastonbury’s Other Stage, made his way to the fest’s Pyramid Stage to join the Killers on a cover of the Smiths’ “This Charming Man” before assisting on a set-closing “Mr. Brightside.”

The Killers have mixed things up setlist-wise on their current U.K. tour: During their June 25th show in Belfast, Brandon Flowers and company whipped out their cover of the classic “Teenage Kicks” by local punk heroes the Undertones. At their Cardiff, Wales show Friday, the Killers covered Welsh rockers the Alarm’s “Rain in the Summertime” with that band’s singer Mike Peters reportedly in the audience.