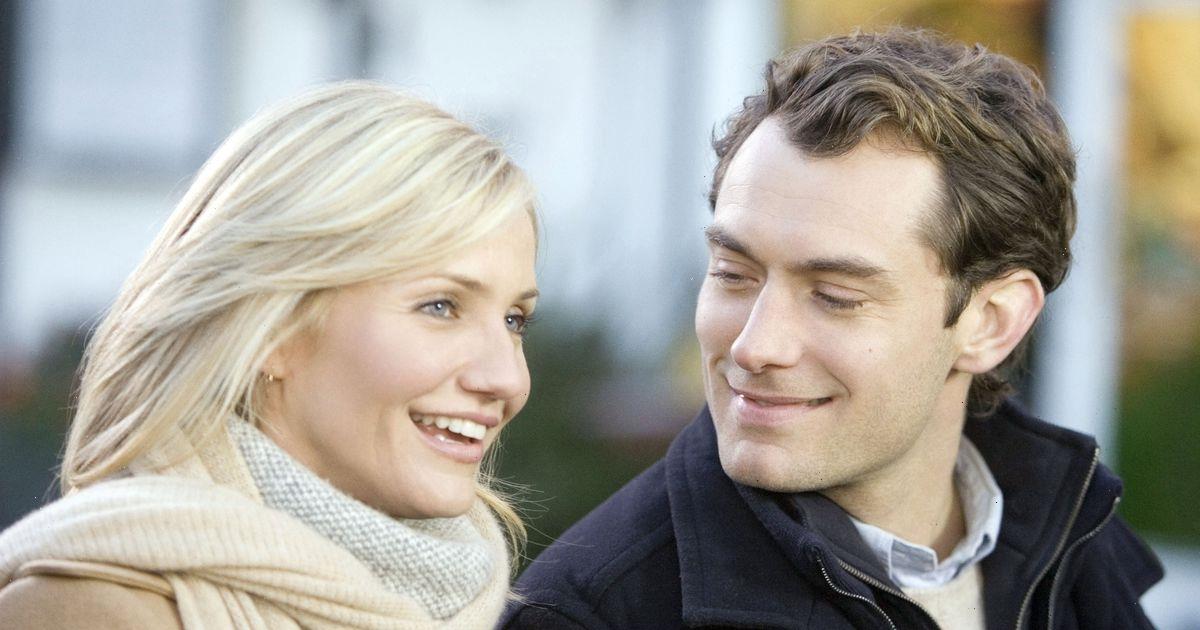 It seems like it was only yesterday when romantic-comedy The Holiday was released in cinemas, but now 15 years on, the 2006 Christmas movie is still considered a fan favourite amongst movie-goers worldwide.

The feel-good Nancy Meyers film follows two women who decide to switch homes and continents during the festive season after facing major heartbreak in their relationships.

But unexpectedly the women encounter new relationships with different people and friendships that create an ever-lasting bond.

Starring big names such as Kate Winslet, Jude Law, Jack Black and Cameron Diaz, the film certainly proved to be a box office success and grossed a whopping $205 million worldwide, despite having a budget of $85million.

So as we continue to celebrate the Christmas season, Daily Star has taken a look at where some of the stars of the movie are now.

Kate's character Iris decided to spend the holidays in Los Angeles after her ex-boyfriend announced he's engaged to another woman, which certainly left her off guard.

After the release of The Holiday, Kate continued to work in the film and entertainment industry and is still one of the most famous actresses the world has ever seen.

Kate later starred alongside actor Leonardo DiCaprio in Revolutionary Road, for which she won a Golden Globe award for best actress in a leading role.

She also gained herself an Academy Award for best actress in a leading role for The Reader in 2009.

In addition to this, Kate went on to star in various book-to-film adaptations including the Divergent franchise, The Dressmaker, and The Mountain Between Us.

In more recent times, Kate received criticism from fans due to working closely with director Woody Allen and Harvey Weinstein which she later admitted having "bitter regrets" about.

Away from the cameras, in 2011 the actress split from her ex-husband Sam Mendes but later remarried Richard Branson's nephew Edward Abel Smith in December 2012.

The couple's son Bear was born the following year.

The blonde bombshell recently starred alongside Saoirse Ronan in "Ammonite in 2020 and she also received an Emmy Award in 2021 for her role on HBO's Mare of Easttown.

Since the release of The Holiday, Jude has remained booked and busy and heartthrob amongst fans across the globe.

In 2009, Jude went on to play the title role in the West End production of Hamlet. Once the production moved to broadway the British actor earned a Tony nomination for his performance.

Jude's film credits continued to expand too as he starred in a handful of Sherlock Holmes films alongside Robert Downey Jr. as well as, Captain Marvel, Fantastic Beasts, Contagion and The Nest.

But away from the cameras, Jude's love laugh has always been under high scrutiny.

After it was revealed that he had cheated on his partner Sienna Miller with his nanny, Jude was linked to various other famous and not-so-famous women.

Some of which include Lindsay Lohan, Natalie Portman and Kimberly Stewart.

In 2008, news broke that model Samantha Burke was going to give birth to Jude's fourth child.

But the American wasn't named when Law's spokeswoman released a barbed statement that warned fans and the press to stay out of his affairs.

Since then Jude's children from his previous marriage to Sadie Frost have began to make a name for themselves in the modelling and film industry.

In 2022, Jude will star in Fantastic Beasts: The Secrets of Dumbledore.

American actress Cameron Diaz played the role of Amanda Woods, who was a movie executive (and workoholic) from Los Angeles.

Just like her co-stars, Cameron who was already a well-established name in Hollywood continued to star in well-known movies.

The star continued to work as the voice of Princess Fiona in the Shrek movies and she also starred in Bad Teacher, The Other Woman and Knight and Day, to name a few.

In addition to her acting career, Cameron Diaz also worked as a producer and an author.

After her public relationship with singer Justin Timberlake during the naughties, the star began to slow down when she married the lead guitarist of Good Charlotte, Benji Madden, in 2015.

The happy couple later welcomed their daughter Raddix in December 2019.

But before then, the actress already decided to hang up her acting boots and retire from it altogether.

The star's final movie before retiring was the 2014 remake of the musical Annie.

Speaking about her retirement, the star said: "I got a peace in my soul, because I finally was taking care of myself."

Following the success from the film, The Holiday, Jack starred in films like Tropic Thunder, Gulliver's Travels, and Goosebumps.

He also had a leading role in the Kung Fu Panda franchise and in the two most recent Jumanji movies.

As well as acting, Jack is the lead singer of the band "Tenacious D," and he runs the YouTube channel Jablinski Games.

Away from the limelight, Jack has two children with his wife Tanya Hayden.

Although, Jack is known for his loveable persona on-screen, he has been known to be fairly "arrogant" when the cameras are not rolling.

In 2020, Vernon Kay hit headlines when he described the moment he met Jack during his early presenting days.

The star told The Sun: "When you’re so rude, arrogant, and pig-faced to a young TV presenter, who’s so nervous and trying to hone his skills, and you’re so arrogant to dismiss that, it’s just not on.

"He was just a c**k. I interviewed him three or four times for various films.

Vernon added: "I hope he reads it, and let this be a lesson to Jack Black."

Actor Eli Wallach played the role of Arthur Abbott, a legendary Hollywood screenwriter who begins a lovely friendship with Iris Simpkins during her holiday stay.

Before starring in The Holiday, Eli had a prolific acting career that spanned more than six decades.

Some of his most notable film credits include roles in The Good, the Bad and the Ugly, "The Godfather: Part III, How to Steal a Million, and The Misfits, which is also known as Marilyn Monroe's last completed film.

Away from the cameras, Eli was married to stage actress Anne Jackson for 66 years from March 5, 1948. The couple shared three children together named Peter, Roberta, and Katherine.

But sadly, The Holiday was one of Eli's final film appearances as he passed away at the age of 98 in 2014.

It is believed he died from natural causes.

Although actor Rufus Sewell only appeared in the film briefly, his role as Iris' ex-boyfriend Jasper was still very impactful.

After the film's release, the British actor starred in films like The Tourist, Judy, I'll Follow You Down and TV shows like The Man in the High Castle and Victoria.

He also starred in the film Old, which was released in 2021.

Speaking to The Guardian in 2013 about his career, the star said: "People talk about opportunity knocking," he says, "but the gate was always swinging in the breeze before I got to the door.

I was the lead in Interview With The Vampire, until Tom Cruise decided he was interested. I was in The Wings Of The Dove with Uma Thurman, until that got cancelled.

I was in Shakespeare In Love with Julia Roberts, until that fell apart. So I've been close lots of times, but I think it's been the making of me as an actor."

Since playing one of Jude's daughters Sophie in the 2006 rom-com, Miffy had a handful of small roles on shows like The Whistleblowers and Casualty but she hasn't starred in anything since 2011.

Speaking to The Sun about her appearance in The Holiday, Miffy said: "It was amazing being in it. Every time it is on telly – and it is a lot – I crack up. It’s on Netflix now too.

"Alex thinks it is really funny. He tells everyone. We watched it together but to be honest it makes me want to rip my eyes out. It’s so embarrassing."

Talking about actor Jude, she said: "Jude had so much time for us. He was always giving me tips about acting. We would sit and do tongue twisters with him between takes."