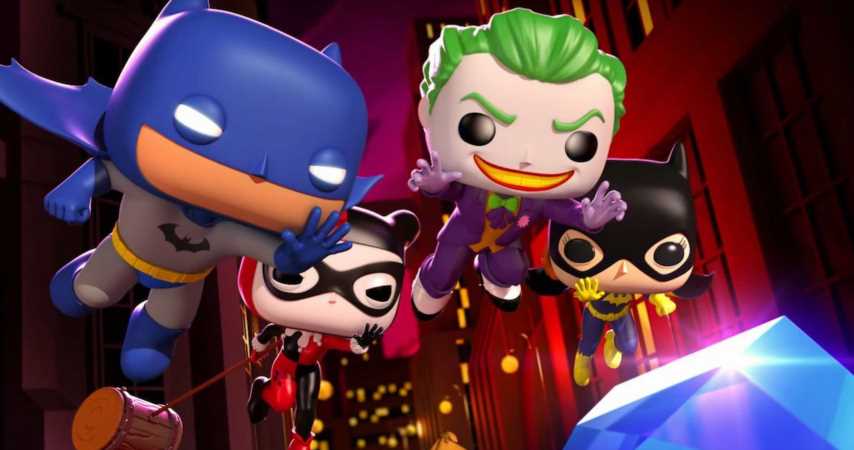 Toys have been coming to life on the big screen for decades. Next up, it will be the turn of the incredibly popular Funko figurines to follow suit.

Turning video games into movies is a dangerous game. More often than not, doing so can fall pretty flat. Look no further than the flop that was the Super Mario movie released all the way back in 1993. Movies based on toys, on the other hand, well, that’s a different matter entirely.

The trend really began during the mid-90s when Toy Story hit theaters. A franchise so popular that the fourth chapter of the franchise was released earlier this year. The Lego movies have also been incredibly popular, and there’s a Playmobil movie in theaters right now. Next up, it seems as if we are going to see the immensely popular Funko figurines come to life.

Deadline recently revealed the news that Warner Bros. has optioned the rights to Funko, and the Warner Animation Group will create and release a movie based on the toys. That’s the same studio which is currently working on Space Jam 2 and the live-action Tom & Jerry movie. Although Warner Bros. and Funko have been paired together for 20 years, the move onto the big screen marks the beginning of an exciting new chapter for the partnership.

If you have never heard of Funko, have you been living under a rock for the past decade? Pretty much any franchise with even a modicum of notoriety has had its most recognizable characters transformed into Funko Pops. Harry Potter, Marvel, Pokémon, even the aforementioned Toy Story. There are roughly 6000 of them on the market, so good luck collecting all of them.

Chances are the Funko movie will be similar to what we have been given by the Lego movies. Recognizable characters but in a very different form than we have ever seen them before. Since Warner Bros. is producing the movie, its creators will have a lot of options when it comes to characters they can include. Chances are we will see a fair few worlds collide once the movie is released.