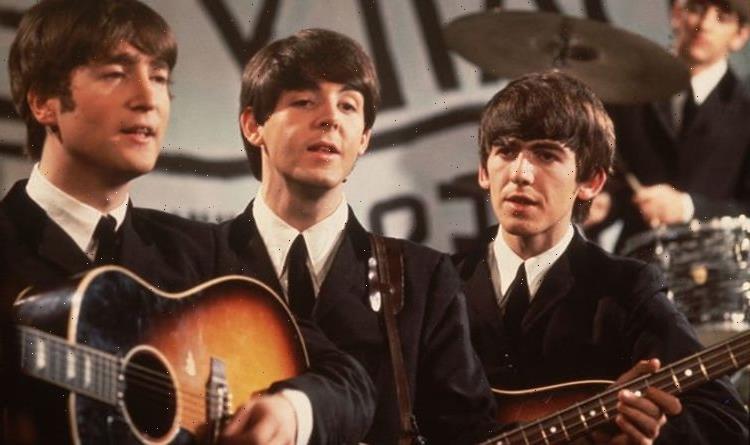 The Beatles had many of their songs written by the Lennon-McCartney songwriting partnership. The duo, made of up Paul McCartney and John Lennon, wrote dozens of songs for the band, including Yesterday, Come Together, In My Life, Get Back, All You Need Is Love and many more.

It has now been revealed that the most popular song is a track that was predominantly written by McCartney.

Over 2,000 listeners of Union JACK Radio cast votes on what the best Beatles song of all time is, and today it has been announced.

The poll marked the four best songs from The Beatles, starting with Hey Jude.

The piano-led ballad is followed by the classic banger Eleanor Rigby.

After that, The Beatles tracks A Day in the Life and Yesterday follow, becoming the third and fourth most popular tracks from the Fab Four. The Union JACK Radio poll was held to mark the launch of Disney Plus series Get Back. The radio station also held a Beatles-focussed talk show that is available to stream now.

The show is hosted by “Beatlemaniac” Geoff Lloyd, who said: “Hey Jude is one of The Beatles most adored hits, so it’s not at all surprising that Union JACK Radio’s listeners placed it in the top spot. “The song started life as Hey Jules – written by Paul McCartney to comfort John Lennon’s son, Julian, during his parents’ divorce … It provides a soundtrack to key events in modern British life, such as the London Olympics Opening Ceremony and The Queen’s Golden Jubilee Concert.”

The Beatles: Get Back preview clip

Lennon split with his first wife, Cynthia Lennon, in 1968 after meeting and falling in love with Yoko Ono.

Ono would go on to become his second wife, but before that Lennon’s son Julian was downtrodden by the divorce news.

McCartney said in 1997: “I started with the idea Hey Jules – which was Julian – don’t make it bad, take a sad song and make it better.

“Hey, try and deal with this terrible thing. I knew it was not going to be easy for him. I always feel sorry for kids in divorces.”

McCartney added: “I thought, as a friend of the family, I would motor out to Weybridge and tell them that everything was all right, to try and cheer them up, basically, and see how they were. I had about an hour’s drive. I would always turn the radio off and try and make up songs, just in case.

“It was optimistic, a hopeful message for Julian: ‘Come on, man, your parents got divorced. I know you’re not happy, but you’ll be OK.’”

He added: “I eventually changed ‘Jules’ to ‘Jude’. One of the characters in Oklahoma is called Jud, and I like the name.”

Lennon felt the track had a different meaning, however.

Lennon told David Sheff: “I always heard it as a song to me. If you think about it, Yoko’s just come into the picture. He’s saying: ‘Hey Jude – hey John.’

“I know I’m sounding like one of those fans who reads things into it, but you can hear it as a song to me. The words ‘go out and get her’ – subconsciously he was saying, go ahead, leave me. On a conscious level, he didn’t want me to go ahead. The angel in him was saying: ‘Bless you.’ The devil in him didn’t like it at all because he didn’t want to lose his partner.”

Hey Jude was released in 1968 and reached number one in 21 countries. By 1999 the track had sold more than eight million copies worldwide.

Listen to Geoff Lloyd’s Get Back online at unionjack.co.uk.