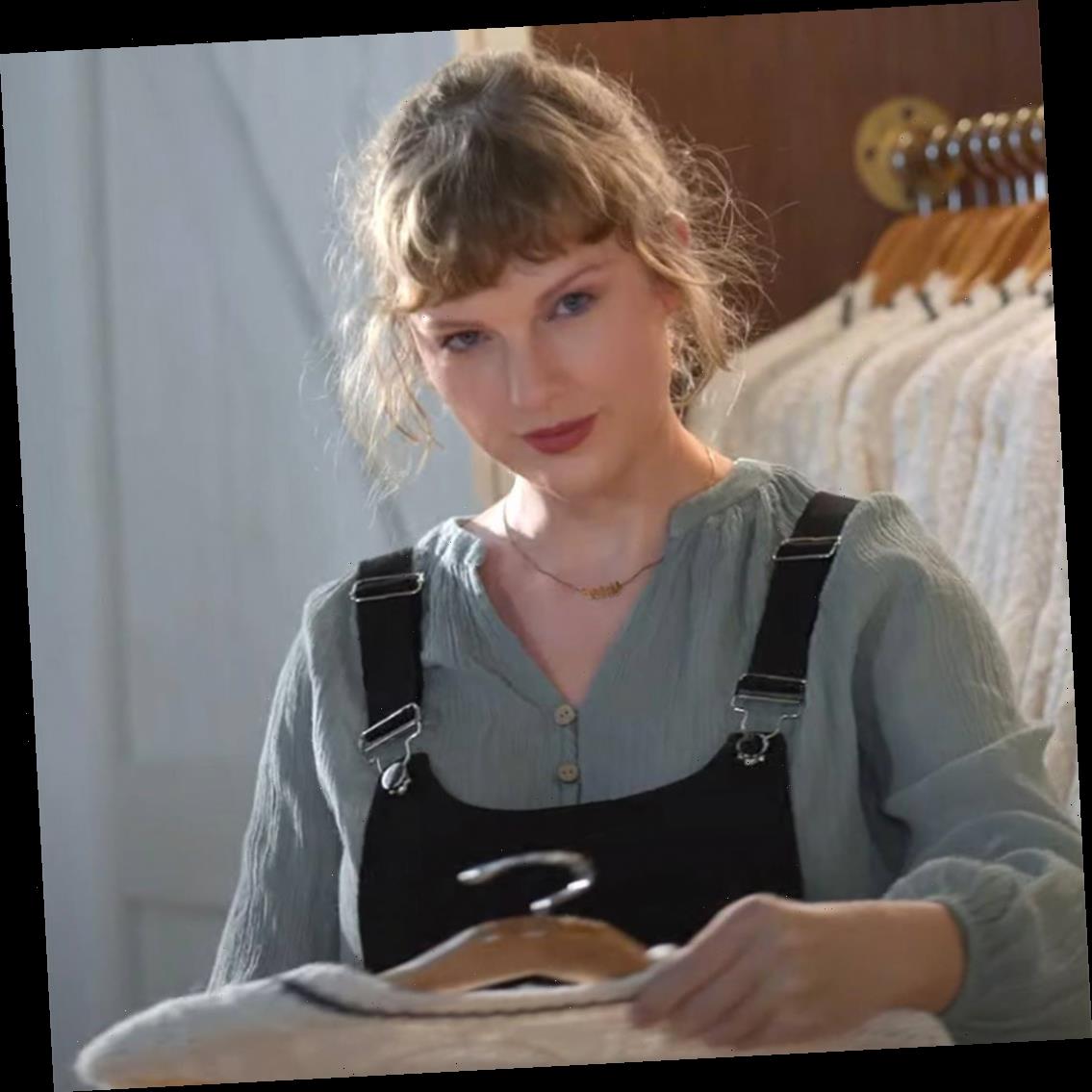 During a Rolling Stone podcast on Tuesday, Taylor Swift revealed that an early version of "All Too Well" from her 2012 album Red was 10 minutes long and included the F-word.

One day after Taylor Swift confirmed she has started re-recording her old hit songs, she revealed surprising new details about an early version of the fan-favorite ballad "All Too Well."

On Rolling Stone's 500 Greatest Albums podcast on Tuesday, Nov. 17, Taylor explained that "All Too Well," the first song she wrote for her 2012 alum Red, began with ad-libbing in the studio.

She said, "It included the F-word and basically I remember my sound guy was like, 'Hey, I burned a CD of that thing that you were doing in case you want it.' And I was like, 'Sure.'"

The superstar continued, "I ended up taking it home and listening to it. And I was like, 'I actually really like this but it definitely is like 10 minutes long and I need to pare it down.'"

She and songwriter Liz Rose edited about seven extra verses down before releasing it, "but that was a very serendipitous creation of a song," Taylor said.

Now Swifties are wondering if we'll ever get to hear the extended, explicit version of the long-adored number, which is rumored to be about ex Jake Gyllenhaal.

Sure, Red came out eight years ago, but it's still hailed as one of the best—if not the best—albums she's made. That's according to Rolling Stone, which ranked Red no. 99 in its 500 Greatest Albums of All Time list.

On the new podcast, the "Cardigan" singer continued her deep-dive by calling Red her "only true breakup album."

The Juiciest Reveals About Pete Davidson and Ariana Grande's Romance

Camilla Luddington Responds to Criticism of Grey's On Set Masks

As Taylor put it, "Every other album has flickers of different things. But this was an album that I wrote specifically about like a pure, absolute to the core heartbreak."

Taylor compared her vacillating feelings during a breakup to the work of modern artist Jackson Pollock. "I really do see this album as like my splatter paint album," she said. "Just like using all the colors and throwing it at the wall and seeing what sticks."

The 30-year-old admitted that's why critics and fans have poked fun at the album for not being sonically cohesive. "It was absolutely not cohesive. But it was sort of a metaphor for how messy a real breakup is," she confessed.

But by being "in full exploration mode" while writing the songs, it ultimately helped her transition from country to pop. "Red was the reason why 1989 happened," she explained.

In fact, Red kick-started a sequence of highly diverse eras for the singer, including the synth-pop of 1989, the rap lyrics of Reputation, the retro pop-rock of Lover and the alt sound of Folklore.

The "Cruel Summer" artist explained, "At 22, I was already watching newer, cooler artists come out every week. And I was already feeling like, you know, 'S-t, I'm on my fourth record, what can I offer people?'… I was like 'No, you know what? I don't want this to be the part of me that just sort of stays in this one place musically forever and bores people to death.'"

Taylor added, "It was an interesting sort of wrestling match with my own fears of remaining stagnant that made Red the kind of joy ride that it ended up being."

Getting to toe the line between country and pop in the 2012 album made her feel like she could "exist in both worlds." She remains proud of her country roots, but venturing beyond the walls of Nashville gave her a new kind of bravery.

"I started to feel like am I allowed to color outside the lines here and it really was amazing on Red to realize, like, 'Oh, I'm allowed in these rooms,'" she said. "I will always look back on it and just think, ‘Wow, that was really that was really sort of the beginning of everything that I'm doing now.'"

As fans know, her latest album Folklore was written during quarantine and dropped in July. It's the second album she's made that she outright owns, since she joined Republic Records and Universal Music Group in 2018.

This week, her fight to own the masters of her first six albums took a new turn. She addressed rumors on Monday, Nov. 16, that music manager Scooter Braun sold Big Machine Label Group, which includes her old masters, to a private equity firm. Taylor said, "This was the second time my music has been sold without my knowledge," and confirmed that re-recording her classics is well underway.

Taylor revealed, "I have recently begun re-recording my older music and it has already proven to be both exciting and creatively fulfilling." So it's possible fans will get to hear her 2020 take on "All Too Well" in no time at all.