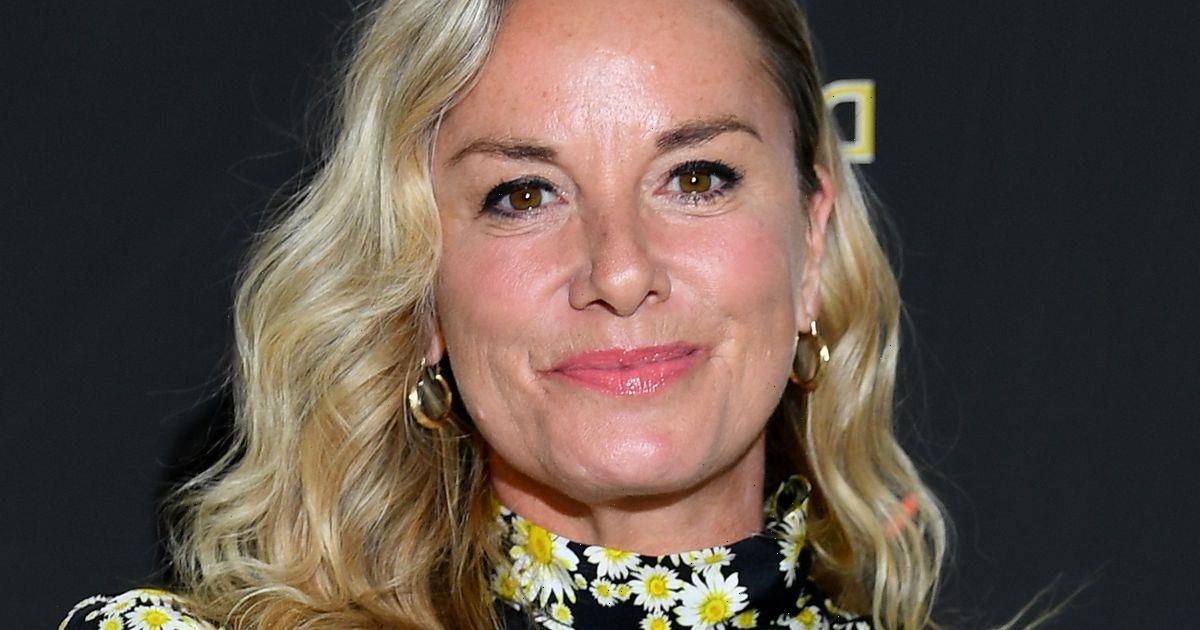 EastEnders actress Tamzin Outhwaite starred on the show from 1998 until 2002 as Mel Owen in the BBC soap.

She returned again to reprise her role was featured in many serious storylines throughout her four years in Albert Square as trouble seemed to follow her wherever she went.

However, what is known of the star’s life away from the series?

Tamzin’s mother’s death has had a heartbreaking effect on her, she was married to Lucifer actor Tom Ellis until 2014 and she has a hidden link to ITV’s Holly Willoughby.

If you’ve ever wanted to learn more about Outhwaite’s life then keep reading.

“Pretends” her mum is alive

The former EastEnders actress’ mum passed away aged 67 from a heart attack while she was living in Spain and Outhwaite has a heartbreaking way of dealing with the grief.

She has admitted that she pretends her mother is still alive as she “always thought” she’d be around.

Tamzin explained: “I thought she would always be alive. She’d be the last person to go. I do still now think she is living in Spain, where she was, and happy.”

She touched upon the subject during her appearance on BBC’s Freeze The Fear with Wim Hof and opened up about the emotional experience.

Outhwaite told her co-stars: “I just think she’s there. I just pretend, in my head.”

Tamzin pulled at viewers’ heartstrings as she explained how she’d love to have “one more chat” and “one more cuddle” with her mother.

Since her loss, the actress says “now she realises how she was” and recalled her positive attitude – “the laughter, the light and the relaxed energy”.

Her mother’s death accelerated her own health fears and the soap star admitted that she now worries about having a heart attack herself.

She took to social media to share a touching tribute to her mum and wished her a “happy 71st birthday”.

Tamzin wrote that the whole family “misses her” but they “feel her all the time,” she has “never heard anyone say a negative word about her” and that she is “always trying to be more like her”.

The actress is currently with her boyfriend of almost five years Tom Child and the pair seem incredibly happy together.

Outhwaite previously branded him as a “dream stepdad,” although she rarely addresses her family life on social media.

She shared a “gratitude tweet” as her “youngest was ill” and her “schedule had been manic,” so Tom had stepped up to “do the school runs, vet visits, make the dinners and packed lunches, cleaned the house, taken the dog for a walk and the car to the mechanics”.

Although she praised her lover for taking on the responsibility of her children but has slammed the idea of having any more children.

Outhwaite said: “I’ve got two [kids]. I’ve really got to keep my eye on the ball keeping these two well, alive and healthy. I’m not having any more. No way. I’m done.”

Tamzin shares nine-year-old Marnie and 13-year-old Florence with her former partner Tom Ellis and the pair were together from 2006 to 2014.

The couple separated after eight years of marriage and Outhwaite has opened up about her relationship with the Lucifer star.

She admitted that it felt like there was “always some hormonal imbalance going on” due to “childbirth, miscarriage or not going full term with babies,” so she “wouldn’t say that she was the best version of herself”.

Back in 2021, Holly left This Morning viewers floored as she revealed that she is related to Tamzin.

The Mel Owen actress appeared on the show after her The Masked Dancer appearance, where she competed as Scarecrow.

Holly went on as a guest detective and couldn’t believe that she didn’t manage to figure out that the character was a member of her family.

The This Morning presenter gushed that she “loved her so much” on the show but “clearly didn’t guess who she was,” which is “slightly embarrassing” as the pair are “practically related”.

Tamzin chuckled and brushed it off with a “that’s all right” and moved on with the show.

Holly and Tamzin are related by marriage and Willoughby has previously called Outhwaite her cousin.

Tamzin is related to Holly’s husband, TV producer Dan Baldwin, and during Christmas 2017 Holly posted a picture with Tamzin and their “Nonna Matriarch”.

She called them both “family” and told fans that Tamzin “is her cousin” with a dancing emoji.