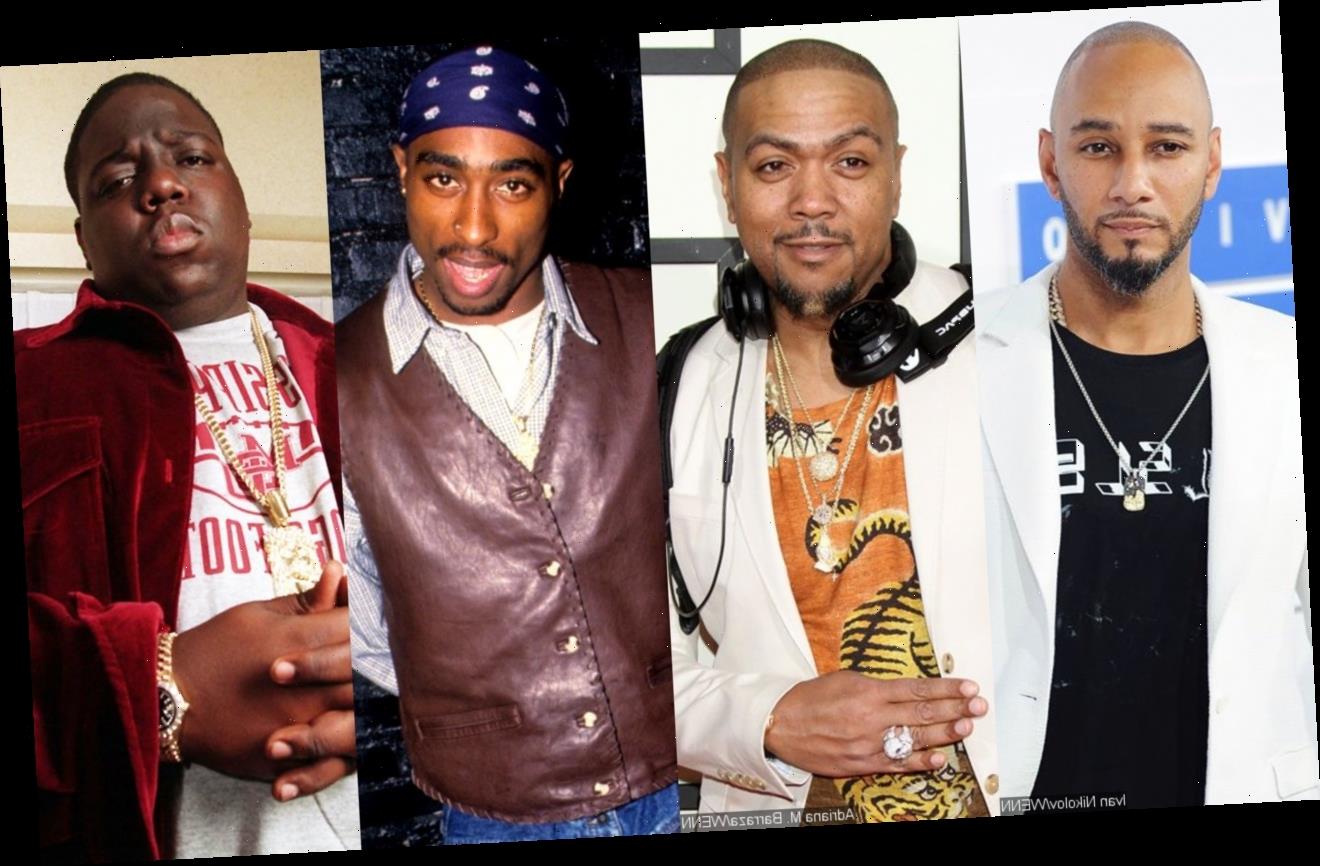 Created at the start of the COVID-19 lockdown, the online rap battle series has brought together the likes of Snoop Dogg and DMX, Alicia Keys and John Legend, and Ashanti and Keyshia Cole among others.

AceShowbiz –Swizz Beatz and Timbaland are hoping to bring Tupac Shakur and Notorious B.I.G. back from the dead for an online rap battle royale.

The two dead hip-hop heroes are part of a dream match-up for the producer pals’ Verzuz event.

Swizz Beatz and Timbaland created the online back catalogue battle initiative at the start of the COVID lockdown and it has brought together the likes of Snoop Dogg and DMX, Alicia Keys and John Legend, Gladys Knight and Patti LaBelle, and last week (January 22), Ashanti and Keyshia Cole.

Now, the duo are masterminding a rap battle between the slain rivals.

“My dream one, I want to figure out how to do Pac and Biggie in a way that the people is gonna really love it (sic),” said Swizz.

He and Timbaland are also considering a Prince and Michael Jackson battle.

During the series on Instagram Live and Apple Music, competitors take it in turns playing a song from a list of 20 from their discography, as fans, friends and fellow artists watch on. A winner is later decided by Timbaland and Swizz Beatz.

The latest episode of “Verzuz” saw Ashanti and Keyshia Cole doing a music battle. The two were late during the episode but fans had to wait longer for Keyshia to show up.

Showing remorse for being late, Keyshia said in a new interview, “I want to apologize for not sitting my a** in that seat. OK? Because I was there and I should’ve sat down. I should’ve just sat in the seat no matter if I felt like the visual wasn’t clear…,” Keyshia said. “They said my music wasn’t gonna be right or whatever it was. I think, more so than anything, people wanted me to sit, be present…even though they didn’t know that I was present.”