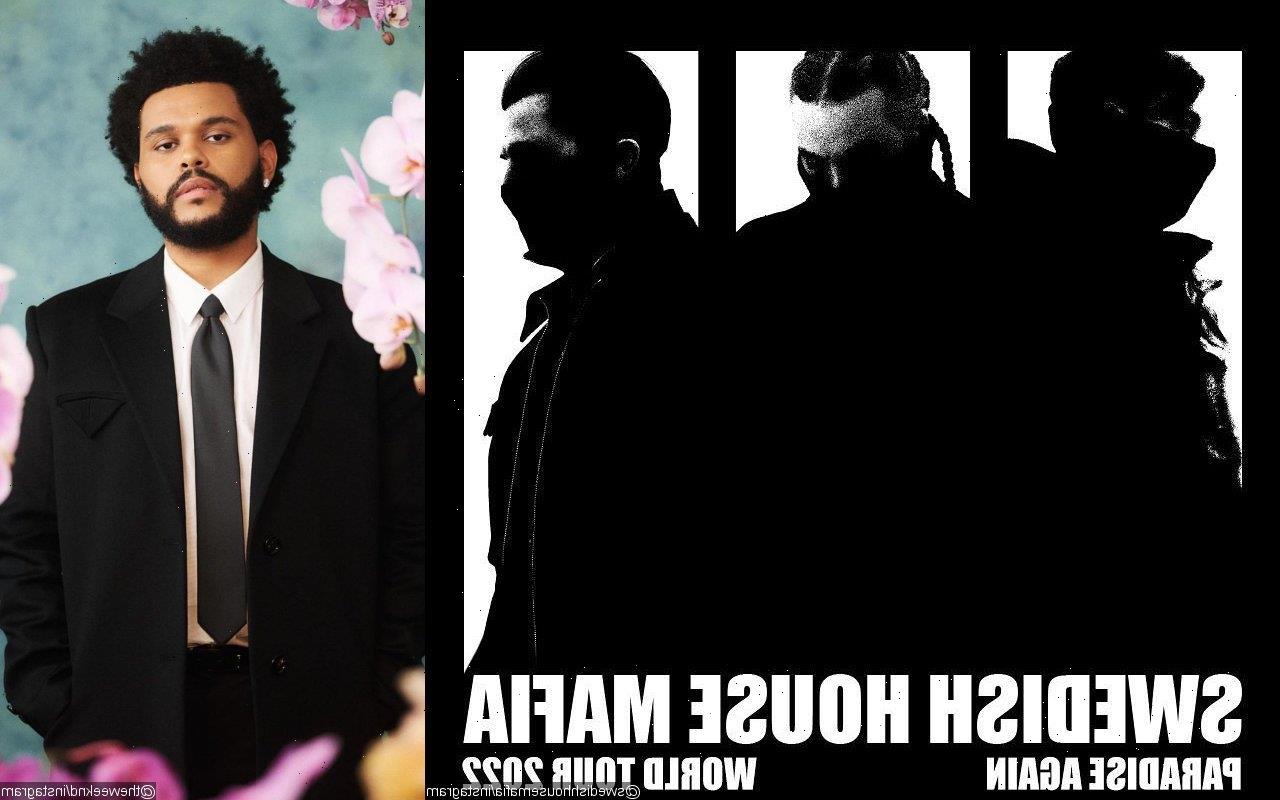 The supergroup and the Canadian crooner, who previously teamed up for ‘Moth a to a Flame’, will be joined by the likes of Doja Cat, FINNEAS and Karol G among others at this year’s festival.

AceShowbiz –Kanye West‘s replacement at the 2022 Coachella has been revealed. Swedish House Mafia and The Weeknd will officially take over the “Donda” artist’s headlining set after the emcee withdrew himself from the festival.

The Weeknd confirmed on Instagram that he and SHM, who previously teamed up for “Moth a to a Flame”, will perform on Sundays, April 17 and 24. They will be joined by the likes of Doja Cat, Karol G, Ari Lennox and FINNEAS among others.

The announcement arrived after Ye pulled out of the headliners line-up due to an unknown reason. Following his withdrawal, a number of musical acts were in talks to replace him at the 2022 festival.

Aside from The Weeknd and Swedish House Mafia, Silk Sonic, Justin Bieber and Tyler, the Creator were in talks to fill in Ye’s spot. HITS Daily Double additionally reported that Travis Scott (II), who got bumped off the list in the wake of the Astroworld tragedy, was also considered as one of Ye’s replacements.

Kanye pulled out of his headlining set less than two weeks before the festival. It’s unclear why the Yeezy designer made the decision, but he threatened to withdraw from this year’s festival if fellow headliner Billie Eilish did not apologize to Travis over her alleged dig.

Kanye believed that Billie was shading Travis when she paused her Atlanta show to retrieve an asthma inhaler for a seemingly distressed fan in the audience. Thus, Ye wrote on Instagram, “COME ON BILLIE WE LOVE YOU PLEASE APOLOGIZE TO TRAV AND TO THE FAMILIES OF THE PEOPLE WHO LOST THEIR LIVES,” referring to the deadly Astroworld incident in November 2021.

“NO ONE INTENDED THIS TO HAPPEN,” the ex-husband of Kim Kardashian emphasized. “TRAV DIDN’T HAVE ANY IDEA OF WHAT WAS HAPPENING WHEN HE WAS ON STAGE AND WAS VERY HURT BY WHAT HAPPENED… NOW I NEED BILLIE TO APOLOGIZE BEFORE I PERFORM [at Coachella, where Billie is also set to headline].”