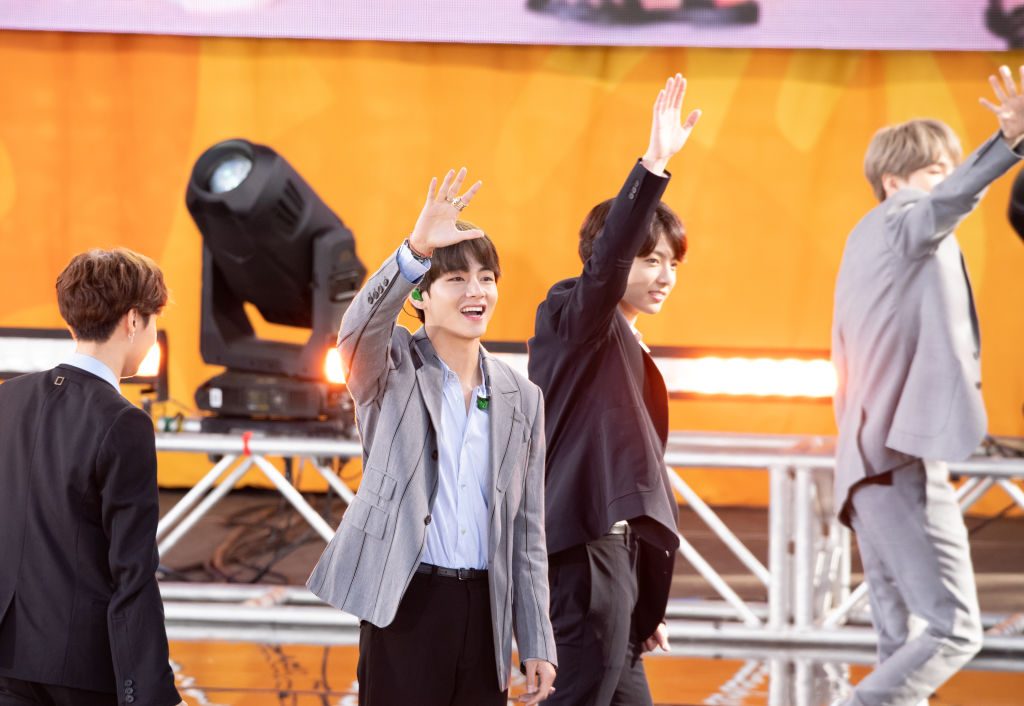 Taehyung, also known as V from BTS released a solo song and music video — just when you thought you couldn’t love him more. What is this song about? What is the new music video about? Here’s what we know about the latest project from the K-pop idol, entitled “Winter Bear.”

Following ‘Bring the Soul: The Movie’ V premiered the music video for his single, ‘Winter Bear’

Even though BTS is on a break from performing in live shows, they keep themselves busy. For International Day of Friendship, the group released a video with UNICEF for their “Love Myself Campaign.” The group premiered their second full-length film, entitled Bring the Soul: The Movie. The members also spent time apart, exploring other endeavors.

The music video for V’s song, ‘Winter Bear,’ earned one of the top trending spots on YouTube

Practically anything the BTS members touch becomes a success — that includes “Winter Bear.” This was V’s solo song, sung entirely in English. Within a day, the YouTube video earned over 5 million views. Additionally, the video currently has the #7 trending spot. Fans on Twitter praised the artist for his surprise video and for his English.

“I’m so proud of him. He wrote and composed a song in a language unfamiliar to him and sung it so beautifully and even gave us a music video showing us his love for film, photography, art, and fashion to go along with it. We couldn’t ask for more. Taehyung is perfect,” said one Twitter user. In addition to the new song, the music video captures V’s love of photography and film.

“This is incredible, so beautifully filmed as well. It’s awesome to see you capturing the places you [to.] Congratulations on the new song,” said photographer Callum Snape.

“Thank you, ! He even said that he’ll try to exhibit his works soon. The fandom is actually waiting for it to happen,” replied a fan on Twitter.

V is not the first BTS member to release solo music

In their nonexistent free time, the members of BTS explore solo projects, including RM, J-Hope, and V. Thanks to J-Hope’s mixtape, Hope World, he became one of the wealthiest members of BTS, each song earning millions of streams on Spotify.

The leader of BTS, RM, released a few different songs as a solo artist. Recently, Lil Nas X premiered a remix of “Old Town Road” featuring the K-pop artist. The song currently has over 14 million plays on Spotify.  The most recently released solo song, however, is “Winter Bear” by the BTS member V.

Although nothing has been confirmed, fans expect more solo music from V in the future. During an interview with Buzzfeed, Jungkook said he was also interested in pursuing solo music. Currently, the boy band is on a break from their live performances, returning to the stage later in 2019.