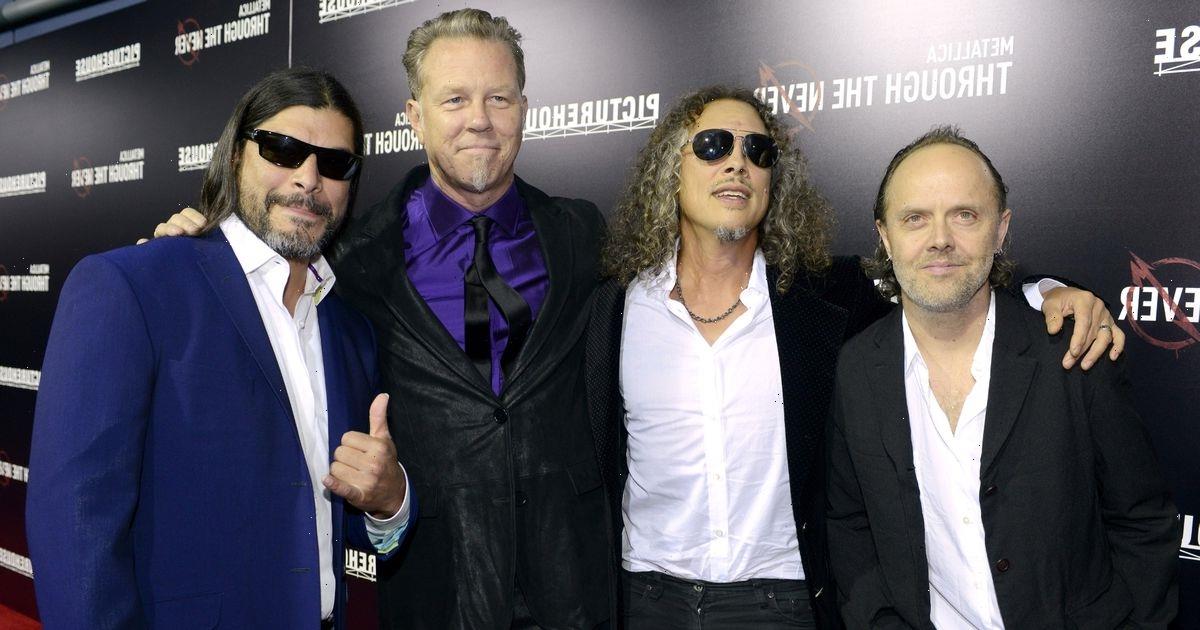 First it was Kate Bush and now Metallica – could Stranger Things be about to propel another 1980s classic to the top of the charts?

The thrash band’s 1986 mega-rocker Master of Puppets has been soaring up the UK charts after airing on the Netflix blockbuster series last week.

The 36 year old song has been appears to have found some new fans thanks to Stranger Things.

The track is more than eight minutes long, and features on the album of the same name.

Master of Puppets, a song about drug addiction, has risen to the top of the US iTunes charts and there are signs it is on the up among UK music fans as well.

Could Stranger Things inspire Metallica’s Master of Puppets to Number one?

Stranger Things helped Kate Bush secure a new number one, with her 1985 song Running Up That Hill (A Deal With God) spending three weeks and counting at the top of the UK charts.

With Metallica’s signature riff appearing in Series 4, Volume 2 of the series, Master of Puppets has climbed both the streaming charts and the UK table.

On Thursday, it sat at seventh spot in Spotify’s Top 50 UK most streamed songs, with more than a quarter-of-a-million daily listens.

The Official Chart announced on Wednesday July 6 that the Bay Area thrashers had jumped 10 places in one day, hopping from number 68 on Tuesday to 58 just 24 hours later.

It puts the song on course to be in the Top 40 by the end of the week – the first time that has happened for the band since 2008.

Before the series was released last week, Master of Puppets was not even in the top UK 100.

Joseph Quinn, the actor who plays Eddie Munson in Stranger Things, confirmed he did play guitar for some of the highly-charged shoot.

But he did need help from someone with a Metallica connection for the quick-fingered solo.

Quinn’s character is a metalhead and Dungeons and Dragons Hellfire club leader.

He can be seen shredding on the guitar during a scene where he performs the hallmark song to fight off the "demobats" as his friends flee during the finale.

The 29-year-old performer has spoken about going out and buying a new guitar and “practised manically” after reading the script.

He said the song performance is “pretty much all of me” but revealed someone else was brought in to record the solo.

The Englishman told the Hollywood Reporter: “I’m not a heavy metal guitarist so we got this brilliant virtuoso to come in and do that bit.”

Who plays the Metallica Master of Puppets guitar solo in Stranger Things?

The “virtuoso” Quinn is referring to is none other than Tye Trujillo – son of current bassist Rob Trujillo.

Dad Rob, who has been in Metallica since 2003, posted on Instagram: “That’s my boy! Proud of ya Tye!”

He said his son had “shredded” on his band’s killer track, and thanked Kirk Hammett, the Metallica axeman behind the original solo, for helping his lad to nail the performance.

Metallica has said they are “blown away” by the way Stranger Things had built a “pivotal scene” around Master of Puppets, a fan favourite and live set staple for more than three decades.