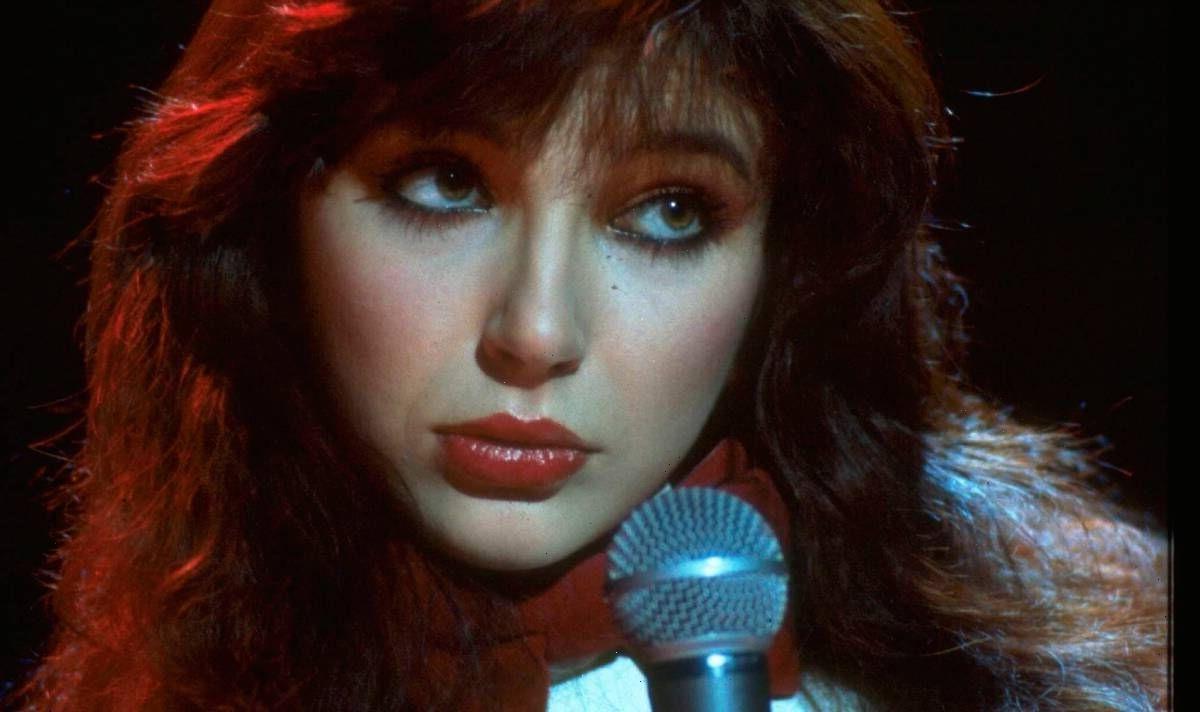 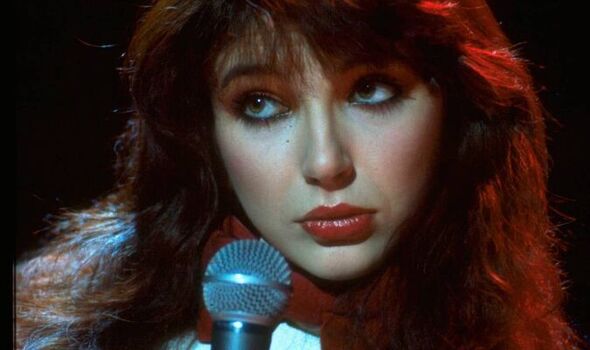 The song in question, Running Up That Hill, which she originally released 37 years ago, is at No 4 in the US charts, her highest ever position in America. Last week alone it was streamed 57 million times. As the lady herself said this week: “It’s extraordinary? I mean, the whole world’s gone mad!”

The catalyst for Kate’s surprise resurgence is the TV series Stranger Things, Netflix’s hugely popular sci-fi drama, set in the 1980s, about a group of teenagers dealing with a series of supernatural events in a fictional US town.

Running Up That Hill has been used during the series as a talisman for Max, played by Sadie Sink. At one point, her friends play it to bring her back from a lifethreatening confrontation in the show’s scary, parallel underworld.

“I’m overwhelmed by the scale of affection and support the song is receiving,” said Bush in a rare statement. “It’s all happening really fast, as if it’s being driven along by a kind of elemental force.”

The show is popular among a predominantly younger audience, bringing the 63-year-old star’s music to a new generation of fans. They are in for a treat. Running Up That Hill was originally the lead single from her fifth studio album, Hounds Of Love, released in September 1985. 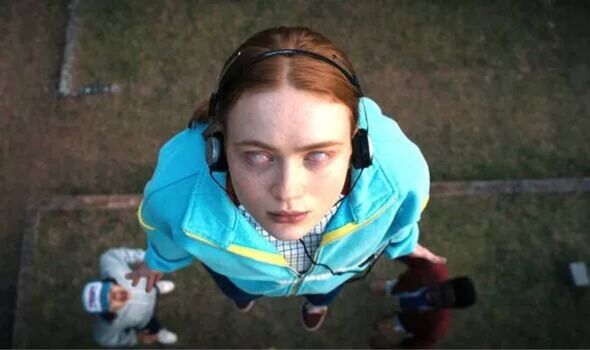 The album remains her most celebrated work, a perfect synthesis of the commercial and experimental, ranging from the irresistible pulse of singles such as Cloudbusting, Running Up That Hill and the title song, to The Ninth Wave, a 22-minute track about a woman lost at sea.

A modern pop album where myth, mystery and pagan symbolism vie with cutting-edge rhythm, Hounds Of Love marked the peak of Bush’s visibility and public appeal.

‘It’s happening really it’s being along by elemental force’

By then, Catherine Bush had already gone through several reinventions. Born in 1958, she grew up in a farmhouse in Welling, Kent, with her doctor father, Irish mother, and two older brothers, Paddy and John.

It was a happy and vaguely bohemian home environment, with unfettered access to poetry, literature and all types of music.

Bush played violin and piano, and began composing at a young age; remarkably, she wrote her classic ballad, The Man With The Child In His Eyes, in her early teens.

A family friend knew Pink Floyd’s David Gilmour, who listened to Bush’s songs and brought them to the attention of his record company, all fast, as if driven a kind of EMI.

She signed to the label in July 1976 and launched her career aged 19 two years later with Wuthering Heights – until last week, her only British number one.

Inspired by a TV adaptation of Emily Bronte’s classic 1847 novel, it remains one of music’s boldest opening statements, an unforgettable exploration of obsessive love, supernatural imagining and unshackled femininity.

The song, and its video, made Bush an instant star. But with her striking looks, octave-leaping vocals and flowing dance moves, initially, she was regarded by many as an oddity. Pamela Stephenson subsequently lampooned her on Not The Nine O’clock News and male rock critics sneered.

Undaunted, in 1979 she followed her second album Lionheart with a hugely ambitious live show. The Tour Of Life featured 13 people on stage, 17 costume changes and 24 songs performed across three theatrical acts.

There was poetry, magic tricks, mime and dance. With its back-screen projections and pioneering use of the head-mike, the Tour Of Life was a significant step forwards in the evolution of live performance. Few other artists had taken the humble pop concert into quite such experimental territory. 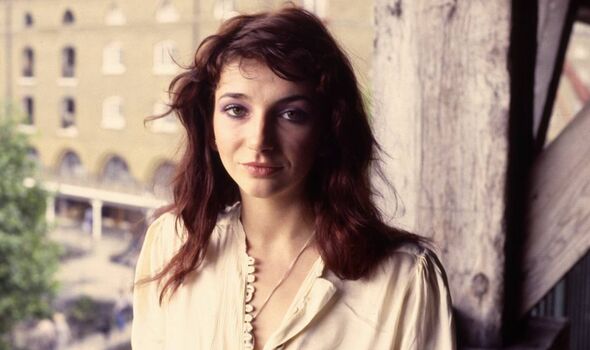 It was not an easy ride. Lighting engineer Bill Duffield died tragically during the opening night in Poole after a fall backstage, and shouldering responsibility for the whole process, on stage and off, proved exhausting for Bush. She would not perform a full live show again for 35 years.

Instead, she concentrated her energies on creating innovative studio work: writing, playing and producing a string of landmark albums, from Never For Ever in 1980 to The Red Shoes in 1993.

Her music became more technically daring and experimental. The title track of The Dreaming in 1982 featured a didgeridoo alongside animal impersonator Percy Edwards pretending to be a sheep. The album ended with Bush simulating a braying donkey. To the record company, the dream sounded a lot like a nightmare.

But the triumphant Hounds Of Love, three years later, silenced any doubters. Bush recognised its success as an opportunity to do whatever she wanted. “EMI left me alone from that point,” she later said. “It shut them up.”

Following the promotional cycle for The Red Shoes, in 1994 she all but disappeared for more than a decade.

Her hiatus came during a turbulent time in her private life, which included the death of her mother and the end of a long-term relationship with her bassist and engineer, Del Palmer. She reportedly said she wished to reclaim a sense of self.

Having adopted numerous roles in songs and videos, Bush had become frustrated that no distinction was made between her image and the reality of her life.

“There is a figure that is adored,” she once said. “But I’d question very strongly that it’s me.” Her producer Jon Kelly once told me: “People confuse the strangeness of her songs with the way she lives her life, but in person she’s very down to earth.

“I remember she came in one day and decided that there were two Kate Bushes. She’d managed to separate herself. It’s good not to confuse the artist you present to the public and the one you take home.”

During time away from the music industry, Bush lived quietly in Theale, Berks, with her new partner, guitarist Danny McIntosh, and their son Bertie, born in 1998. 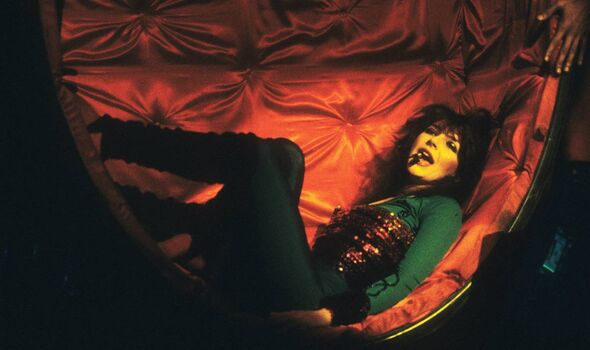 She returned in 2005 with the double album Aerial, one of her most ambitious and impressive records. In 2011 she released not one but two albums: Director’s Cut, a reworking of songs from two previous records, and 50 Words For Snow.

The latter was a winter-themed album featuring cameos from Elton John and Stephen Fry, encompassing the life of a snowflake; a lost dog and a Victorian ghost; sex with a snowman; the plight of the Yeti and reincarnation.

She was more than usually visible during this time, attending awards ceremonies and weddings, and collecting a CBE from the queen atWindsor Castle.

Even so, the announcement in March 2014 that Bush was returning to the stage after an absence of 35 years was a bolt from the blue. In an age of full disclosure, she had somehow still managed to retain the trump cards of mystery and surprise.

The 100,000 tickets for the 22-show run of Before The Dawn concerts at the Eventim Apollo in Hammersmith, west London, sold out within 15 minutes.

In the run up to the opening night, the initial sense of shock was replaced with feverish speculation about what treasures might await.

Closer to a piece of musical theatre than a rock concert, with film, puppetry, comedy sketches and astonishing visual set-pieces, Before The Dawn focused primarily on material from Hounds Of Love and Aerial and featured nothing from her first four albums.

Following her stage return, many hoped that Bush would become a more active artistic presence once more.

This has not come to pass in the ensuing eight years, although she has remastered her back catalogue, released a live recording of Before The Dawn, and published a book of lyrics titled, aptly, How To Be Invisible.

Running Up That Hill has sent her back to the top of the charts without her needing to do anything at all. Her charming but typically unrevealing interview earlier this week on Radio 4’s Woman’s Hour was her first in six years.

It’s a kind of magic trick: the less the world sees of Bush the more pronounced her impact has become. She has evolved from theatrical teen prodigy through pagan pop goddess to a more wistful chronicler of the power of the elements. 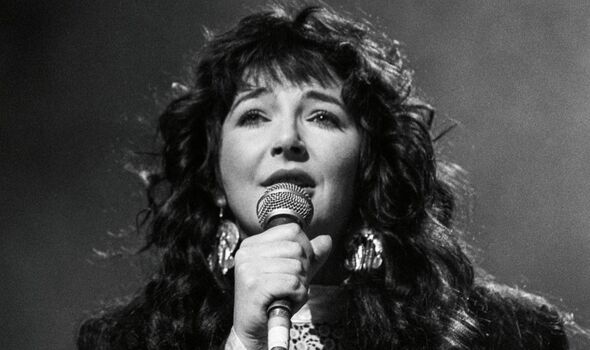 She has influenced generations of artists, from the Sex Pistols’ John Lydon, progressive rocker Peter Gabriel and a host of hip-hop stars, including Tupac and Big Boi. Her intensely private nature is not a fiction, but the idea of Bush living a hermitlike existence is simplistic.

She splits her time between a home perched on a Devon cliff top and a house in an idyllic Oxfordshire village. She enjoys gardening and maintains contact with her many friends, whose number include the writers David Mitchell and Philip Pullman.

She has a studio at home and will almost certainly be working on new material; if and when it might appear is something only a select few will know, and those that do know won’t tell. One thing we have learned from her is to expect the unexpected.

Don’t give up hope of a new Kate Bush album in the future. Stranger things have happened.