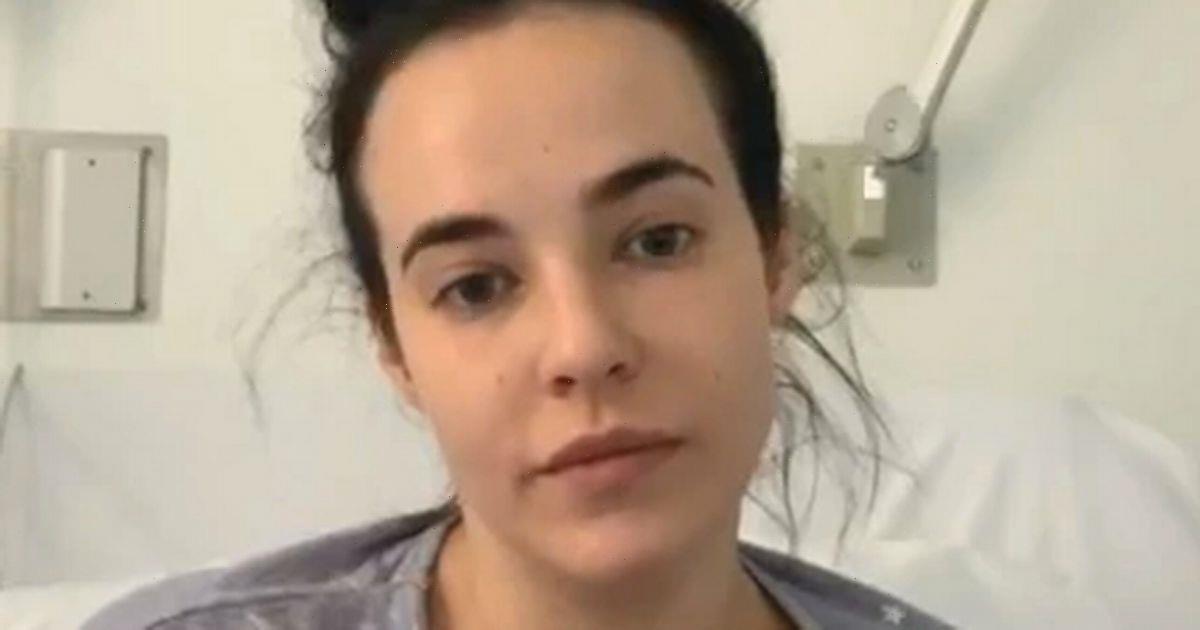 Former Hollyoaks star Stephanie Davis has given her fans an update on her current health condition, after she was rushed to hospital in pain.

The Channel 4 star, who took a break from the popular soap in 2019, has also tested positive for coronavirus.

Taking to her Instagram stories in the early hours of Monday morning, Stephanie, 28, thanked her fans for their encouraging messages and support during this time.

Stephanie is asthmatic and warned her fans to be cautious and to "stay safe" while letting them know that she was "starving" and "sick of being in pain".

Although she is only in her twenties, Stephanie falls into a higher risk category for Covid due to her asthma.

The mother-of-one also informed her fans that she is booked in to have an endoscopy later on in the day.

An endoscopy is a procedure where doctors insert a camera on an endoscope to inspect a patient's organs.

In the short clip posted on her Instagram stories, the soap star said: "Just going to focus on going home now, just wanted to say thanks for all your messages. I've woke up starving, I can't wait to be able to eat again.

"Sending you all my love, hopefully going to get the camera down today and figure a lot of stuff out that is going on."

She continued: "Covid has been absolutely horrific, I think today or yesterday was the worst day… just gonna focus now on getting better and I'll let you all know when I'm feeling a lot better. Thank you for all your messages, it really means a lot."

Concluding her chat, she signed off by saying: "I'm alright, I'm just in pain. I'm sick of being in pain now. Please stay safe, wear your masks, wash your hands… this is absolutely horrific."

Stephanie first shared her pain and discomfort on Saturday when she posted short clips on her Instagram stories to inform her followers of what was going on.

The star appeared to be very croaky in the videos as she told her fans that she was in a lot of pain.

Her skin in particular was causing her a lot of agony and she confessed that she found it hard to touch her skin. She also said her oxygen levels "aren't great".

Stephanie is best known to fans for playing the role of Sinead O'Connor in Hollyoaks from 2010 to 2019. She also appeared on Celebrity Big Brother in 2016.