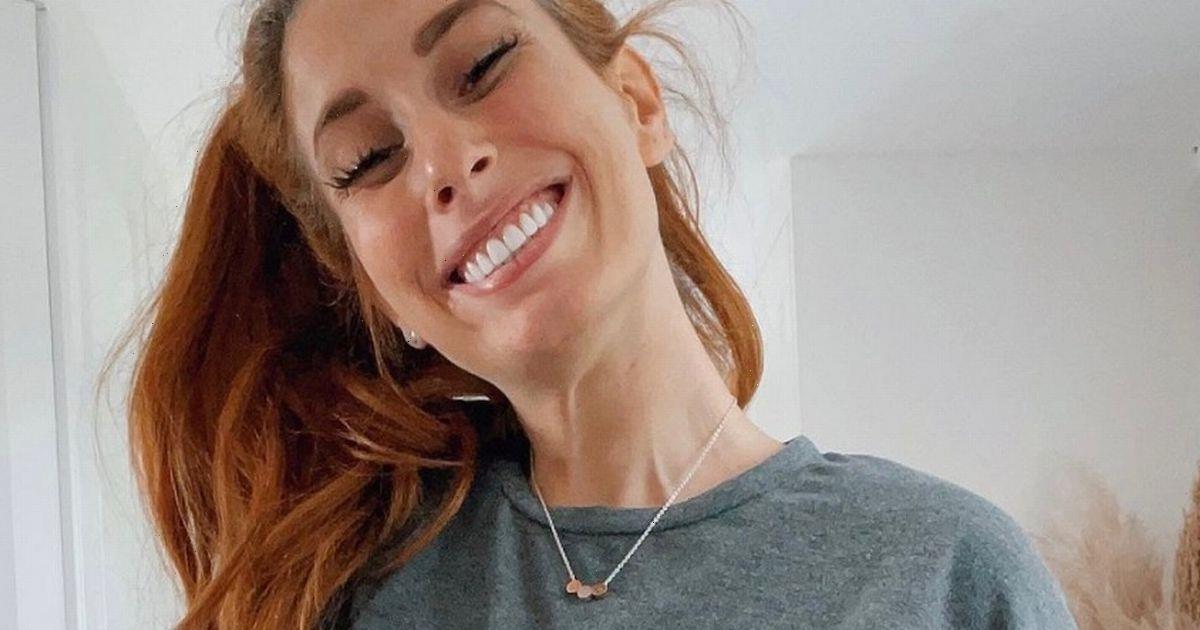 Loose Women's Stacey Solomon was left rather astonished recently, when she accidentally purchased a life size pushchair for her son, Rex, who is two years old.

Stacey, 31, bought the buggy as a toy for her toddler, but was unaware it would end up being so big.

Taking to her Instagram stories on Tuesday, the expectant mum shared the experience with her fans online.

Capturing the scenes, Stacey's fiancé Joe Swash could be seen rolling the pushchair in confusion. He then asked the expectant mum: "Are you sure this a toy pram?"

Giggling in the background, Stacey confessed: "I didn't realise it would be that big!"

Joe replied: "We could push this around with Rex in it. We could put you in it," he joked.

Captioning the video Stacey penned: "I bought a matching toy pram for Rex because he loves prams so much and to stop him stealing the baby's and as a sort of big brother present.

"But it's massive it's like a real life pram. It's amazing though.

"We are going to adjust the handles down and hopefully he will be able to reach," she explained.

In the next snap, the happy mum told her fans about her previous pram that she gave away after her son Rex was born.

Showing Joe building the buggy in their large outdoor garden, the star shared her thoughts.

She penned: "Well that was exciting. I gave Rex's pram system away before we knew we were pregnant.

"And then I convinced Joe to get a pink one this time."

Former X Factor star Stacey has been keeping her fans updated on her pregnancy and her progress.

But earlier this month, the star was forced to declare to her fans that she hadn't given birth yet after they thought her baby bump was smaller.

Eagle-eyed fans also noticed that she didn't use Instagram for a couple of days and suspected that she may have gone into labour.

Addressing the claims on her social media platform, the red-headed babe said: "I promise I haven't secretly had the baby and just casually come on here like nothing happened.

She added: "I'll let you know when I go into labour. It's just this top. A few more weeks left hopefully."