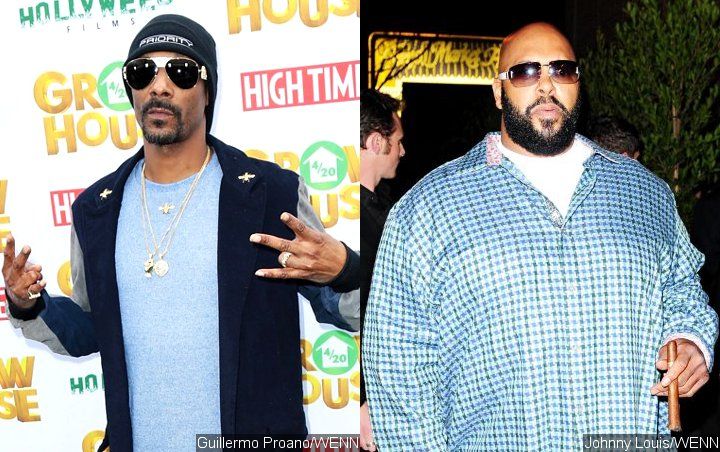 Taken from the ‘Drop It Like It’s Hot’ rapper’s upcoming album ‘I Wanna Thank Me’, the track features him recounting the ‘ups and the downs’ of working with the incarcerated record producer.

AceShowbiz –Snoop Dogg has opened up about his reconciliation with his former Death Row label boss Suge Knight on his new track.

“Let Bygones Be Bygones”, taken from the rapper’s upcoming album “I Wanna Thank Me”, details the reunion between the pair, who famously fell out when the 47-year-old hitmaker sought to mend the rift with East Coast rappers Sean ‘P. Diddy‘ Combs and Notorious B.I.G. on TV, while Suge was incarcerated.

The “Drop It Like It’s Hot” star subsequently left the label, and received a public threat from Death Row’s official website, in a post that read: “2001 the year of fear…. All doggs run and hide.”

However, both parties appear to have moved on from the drama, with Snoop rapping in the into to the new hit: “I’m cool with Suge, Master P, Dr. Dre, I’m cool with everybody. But I had to go get that cool with him. I had to go sit down with Suge.”

As the mid-tempo track unfolds, Snoop recounts the “ups and the downs” of working with knight, who is currently in jail after he was sentenced to 28 years in prison following a fatal hit-and-run incident in 2015, adding: “This man changed my life/ We made history together.”

“Yeah, he did some bulls**t/ I’m admitting that/ But coming at a real Crip like he ain’t one/ Especially when he help f**king make one,” he continues, before acknowledging his former boss’ impact on his early career.

“I Wanna Thank Me” is slated for release on 16 August.