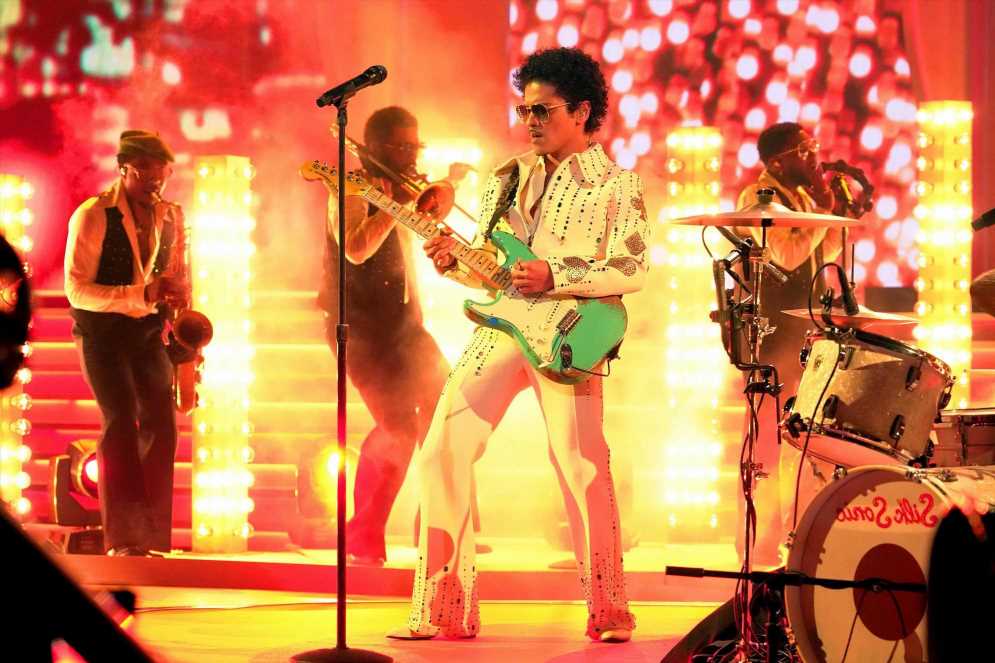 Over a year after they performed it at the 63rd Grammy Awards, Silk Sonic have won the coveted Song of the Year Award at the 64th Grammys for “Leave the Door Open.” Composed of superstar artists Bruno Mars and Anderson .Paak, Silk Sonic have secured three other nominations at this year’s ceremony, including Record of the Year, Best R&B Performance, and Best R&B Song. They won in the latter category before the telecast in a tie with Jazmine Sullivan’s “Pick Up Your Feelings.”

Mars, .Paak, and the song’s co-writer and producer Dernst “D’Mile” Emile II took to the stage to accept the award, dancing up to the podium.

“I just want to say thank you to my team and my family, my beautiful wife out there,” D’Mile said.“This is for my mom [singer Yanick Etienne]. She passed on Wednesday.”

“Because of you, me and [Anderson .Paak] will be singing this song forever, so God bless you all.” Mars added.

The duo opened the show with a Vegas-themed performance of “777” from their collaborative album An Evening With Silk Sonic. Donning ’70s-inspired costumes, Mars showed off his guitar chops, while .Paak kept the beat going on the drums, rocking a bowl cut. The two were joined by a full band, who added infectious horns to the electrifying set.

Last year, Silk Sonic performed “Leave the Door Open” with a tribute performance to the late Little Richard, kicking off the era with their sensual, seductive yet nostalgic aesthetic. Stay tuned for continued coverage of the ceremony, and find the list of winners here.