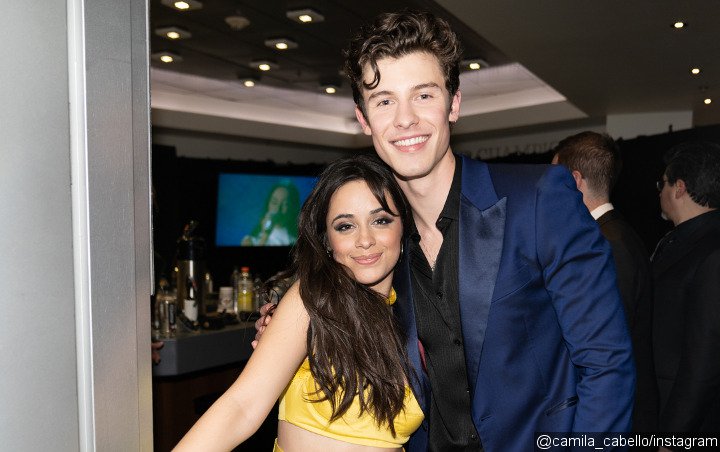 Performing in Brooklyn as part of his current tour, the ‘Stitches’ singer reportedly points to where his ‘Senorita’ duet partner is at as he introduced his song ‘Fallin’ All in You’.

The singer pointed to his “Senorita” duet partner, who was standing on a raised platform in the audience, as he introduced his song “Fallin’ All in You”, and said, “This one is for my Mami!”

Cabello fell to her knees during the song and stared adoringly at her man, who didn’t take his gaze off his girlfriend.

As Shawn finished the track, she jumped up and down and screamed.

Mendes also performed in Brooklyn on Saturday night as part of his current tour. Cabello has been spotted at several shows.

Earlier this month she gushed about her boyfriend as he turned 21, writing: “Happy birthday to this magic human,” via Instagram. “I love you!!!!”.