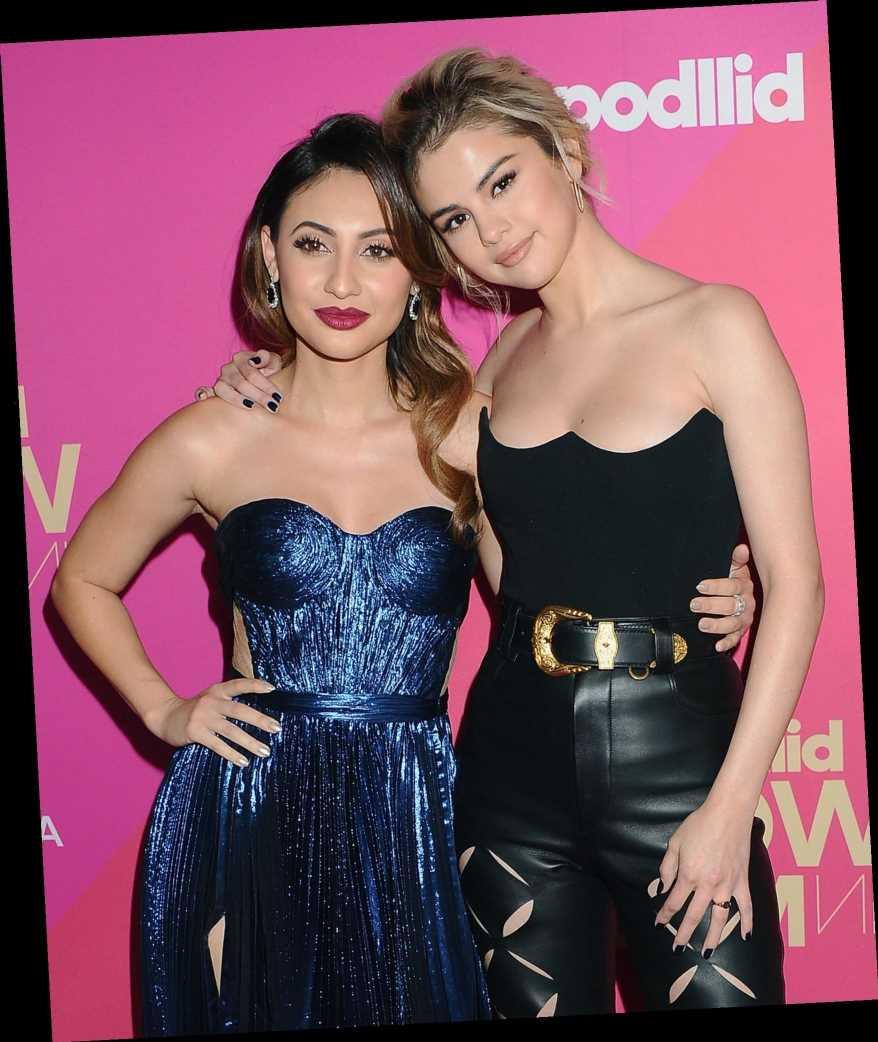 Selena Gomez is thankful to have a friend like Francia Raisa!

On Thursday, the "Lose You to Love Me" singer, 28, reposted a thread written by Raisa — who donated a kidney to Gomez nearly four years ago — in honor of World Kidney Day.

"If you've been following me for a while, you know that I've kept my kidney donation process pretty private," Raisa wrote on Twitter alongside a photo of herself in the hospital. "However, I think I've gotten to a point in my life where I feel comfortable and confident in speaking about my experience, and using my platform to raise awareness for the various kidney diseases that affect our population."

"While I wasn't affected personally by kidney disease, I've seen the impacts of it firsthand and want to do my part to help educate others on it," Raisa, 32, added. "So in honor of World Kidney Day, let's talk about the impact of kidney disease and how we can work to ensure those living with kidney disease are living well."

Gomez shared the post, writing: "Thank you for blessing me. I am forever grateful to you."

The Rare Beauty founder underwent a kidney transplant in 2017 due to complications stemming from the autoimmune disease lupus. Since then, she's continued to be an outspoken advocate for those suffering from the disease.

In December, Gomez opened up to PEOPLE about learning to embrace her transplant scars.

"At the beginning of my recovery, I was a little bit sad. You're already going through something, and then there's the added pressure of 'I don't look the same. I don't know if I feel comfortable in my body,'" she said.

"But I'm also around some of the best people, who see beyond the things we sometimes get wrapped up in. I wouldn't be here if it wasn't for that scar, and now I look at it in a much different way," she continues. "I feel like I'm more of a warrior."

Gomez and Raisa have been close friends since 2007, when Disney and ABC Family (now Freeform) had the stars of their shows visit a children's hospital together.

"Selena and I were in the same group and we just clicked," Raisa said in a 2013 interview with Latina.

Shortly after Gomez revealed that she had undergone a kidney transplant, Raisa opened up on Instagram about the experience, saying that it changed her life.

"I am beyond grateful that God would trust me with something that not only saved a life, but changed mine in the process," she captioned a photo of the longtime friends in the hospital. "This was part of our story, and we will share it soon, but what is important now is that this is not the only story."

The actress also directed fans to the Lupus Research Alliance, adding, "Love you sis, so glad we're on this journey together."