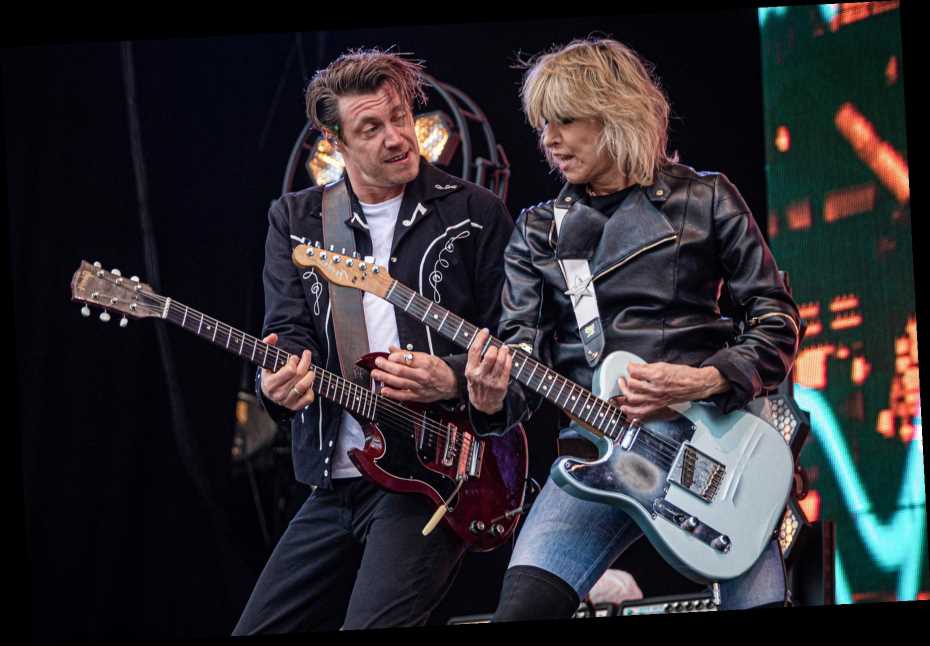 The Pretenders’ latest single “You Can’t Hurt a Fool” is a simple, soulful ballad — and the band lets it speak for itself in a new video.

Throughout the clip, a vintage-looking dynamic microphone spins and its chrome casing reflects women dancing, smiling, posing and goofing off as Chrissie Hynde sings about a woman entering the room like a diva and commanding the attention of all of her would-be suitors. “A fool never gives it away,” she sings in the bridge. “And a fool will believe what she’ll say … She’s living the dream and singing her song.”

The song was the starting point for the Pretenders’ new album, Hate for Sale, which comes out Friday. Guitarist James Walbourne came up with the title, shared it with Hynde and they worked out the music together for that song and the rest of the LP’s nine other tracks. They’ve teased the record previously with the songs “The Buzz” and “Hate for Sale.”

“I wanted to write with [Walbourne] since day one,” Hynde said in a statement. “James is especially sought after and has recorded with Jerry Lee Lewis, Dave Gahan and the Rails, to name but a few. We always planned on writing while on the road, but as anyone in a band will tell you, being on tour is a procrastinator’s dream come true.”

In addition to prepping for the album’s release, Hynde and Walbourne have also been recording a series of Bob Dylan covers. They most recently took on “Don’t Fall Apart on Me Tonight,” which appeared on Dylan’s 1983 LP, Infidels, and have also interpreted “Standing in the Doorway,” “Love Minus Zero” and “Blind Willie McTell,” among others.