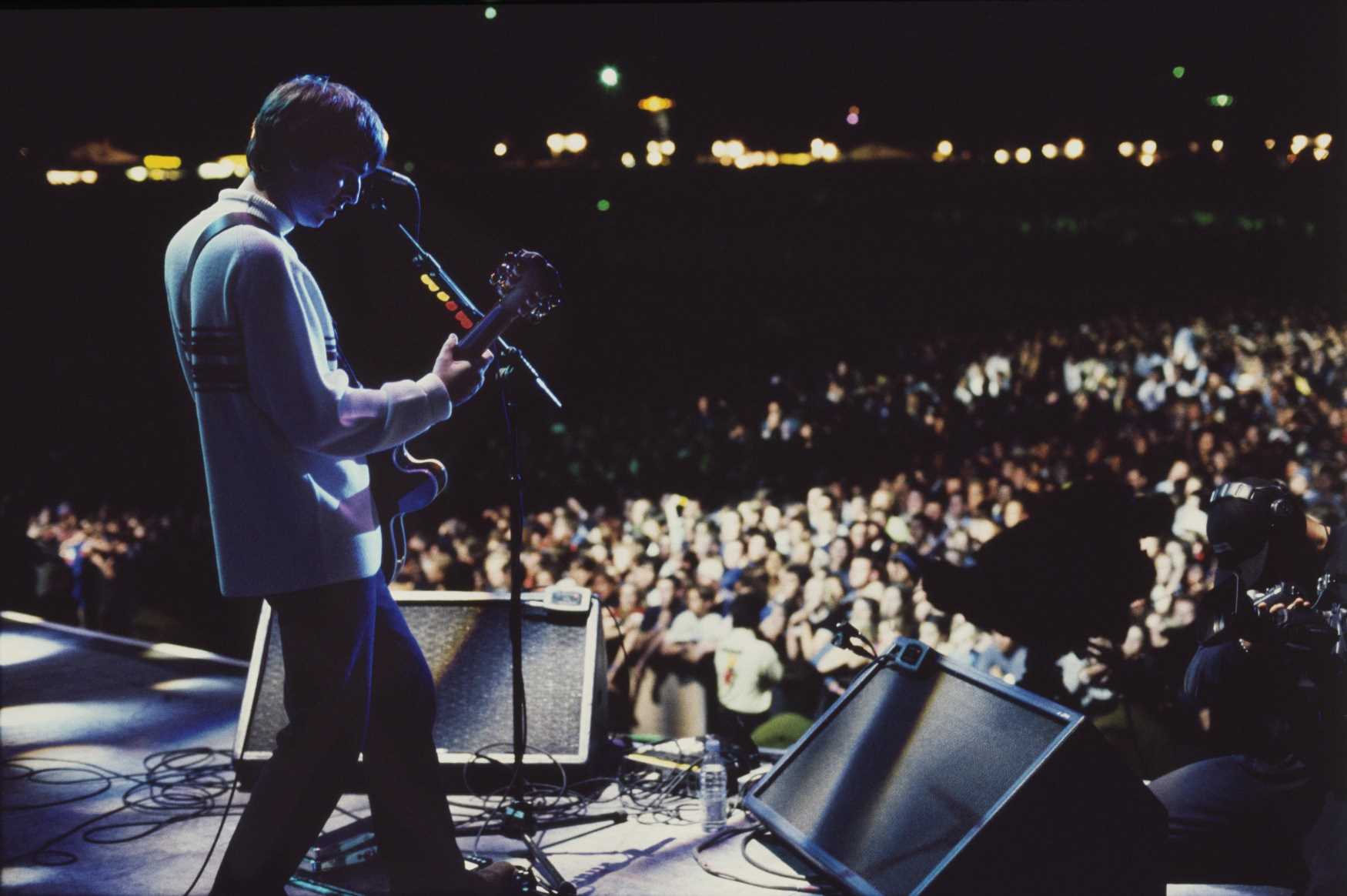 “We were a pretty decent band the night before I wrote ‘Live Forever’ but it was indie music. The day after I wrote ’Live Forever,’ we were gonna be the biggest band in the world. I knew it,” Gallagher says in the clip. “If Oasis were my band, that was my song. It’s just everything: The words, the melody, and then the small sharp guitar solo.”

Oasis Knebworth 1996, which premieres in theaters worldwide on September 23rd, celebrates the band’s two-night stand in front of 250,000 fans at the British festival at the absolute pinnacle of Oasis’ popularity: The gig took place between the release of their smash 1995 LP (What’s the Story) Morning Glory? and their less-received 1997 album Be Here Now.

In addition to the Jake Scott-directed documentary about the landmark concerts, Oasis Knebworth 1996 will be released as a live album on November 19th in a variety of formats, including 2CD, triple vinyl, DVD and a a Super Deluxe Box Set complete with the triple LP, two CDs and three DVDs plus replicas of the original gig memorabilia; check out the Oasis store to preorder.

“Knebworth for me was the Woodstock of the ’90s,” Liam Gallagher previously said of the shows in a statement. “It was all about the music and the people. I can’t remember much about it, but I’ll never forget it. It was Biblical.”