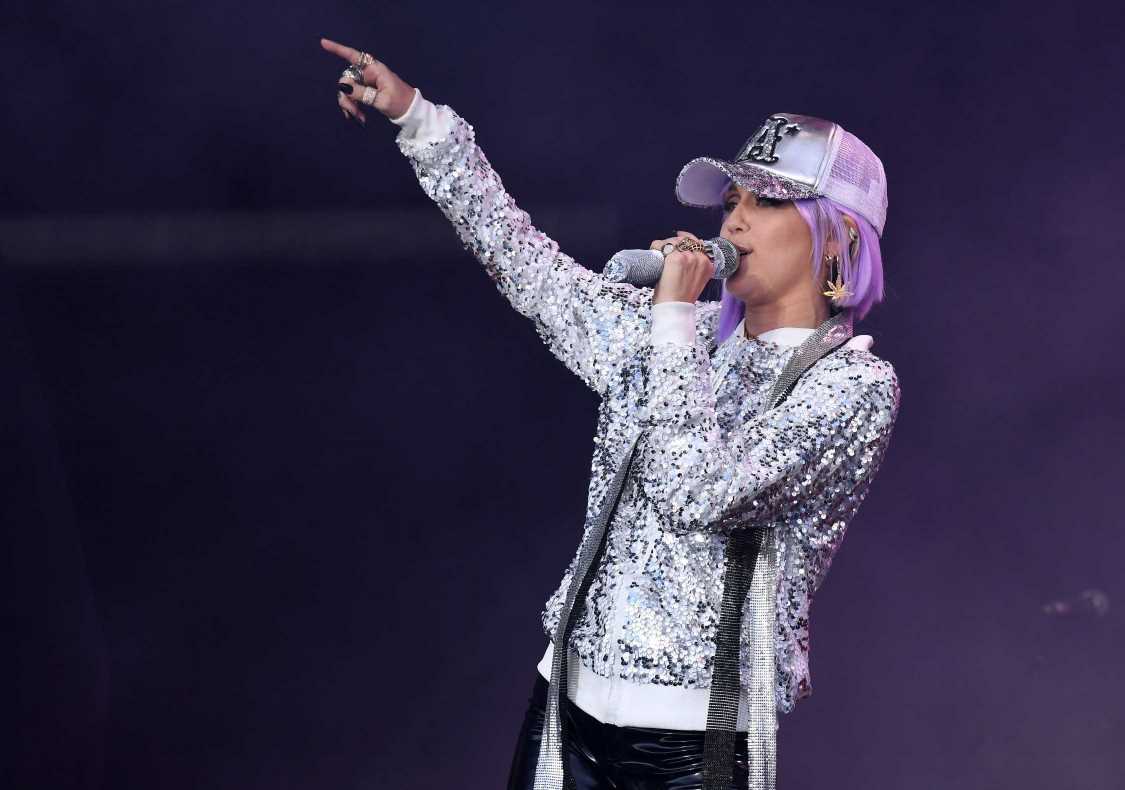 Miley Cyrus – as her Black Mirror alter ego Ashley O – performed both her Nine Inch Nails remake “On a Roll” and a cover of the actual “Head Like a Hole” during the singer’s Sunday set at Glastonbury.

The performance marked the first time Cyrus has played both the surprise hit and the Pretty Hate Machine classic live.

Cyrus also opened the Glastonbury with producer Mark Ronson playing piano for their collaboration “Nothing Breaks Like a Heart,” which they followed with a brief rendition of Amy Winehouse’s “Back to Black”; Ronson served as producer on that Winehouse song.