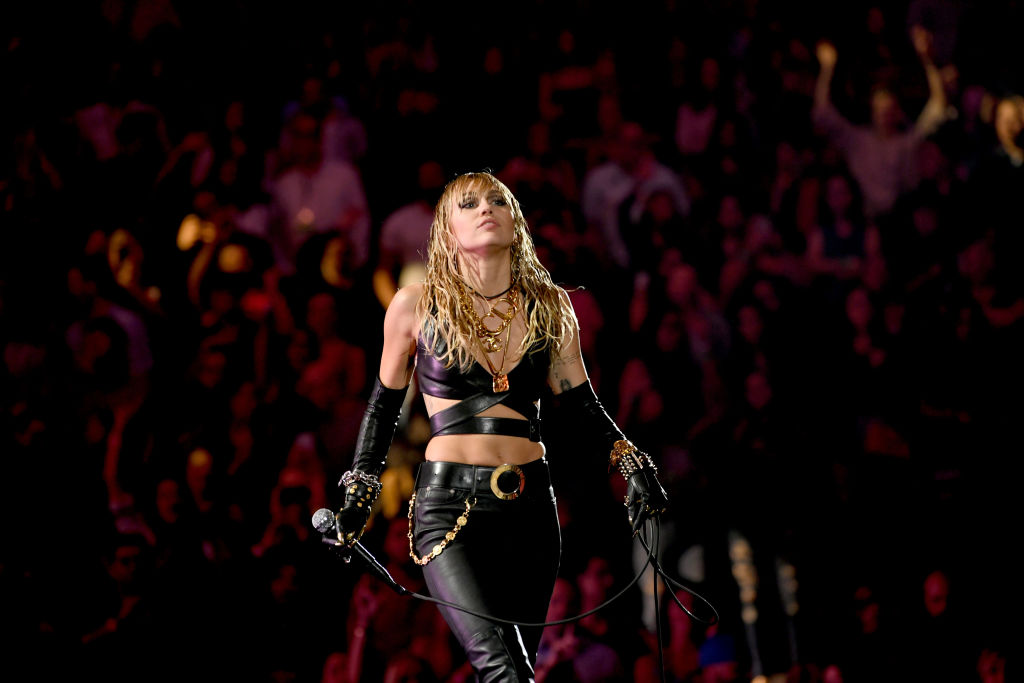 Cyrus’ show at the T-Mobile Arena also featured the debut performance of her, Ariana Grande and Lana Del Rey’s “Don’t Call Me Angel” collaboration, with the singer delivering an abridged version of that all-star single.

While Cyrus had previously performed “Black Dog” in concert – including during her Glastonbury set this summer – the iHeartRadio gig marked the first time she has covered Pink Floyd’s The Wall standout.

The performance of “Comfortably Numb” came just hours after People reported that Cyrus “broke up” with Kaitlynn Carter, who the singer was photographed with after announcing her separation from her husband of seven months, Liam Hemsworth; the actor has since filed for divorce.