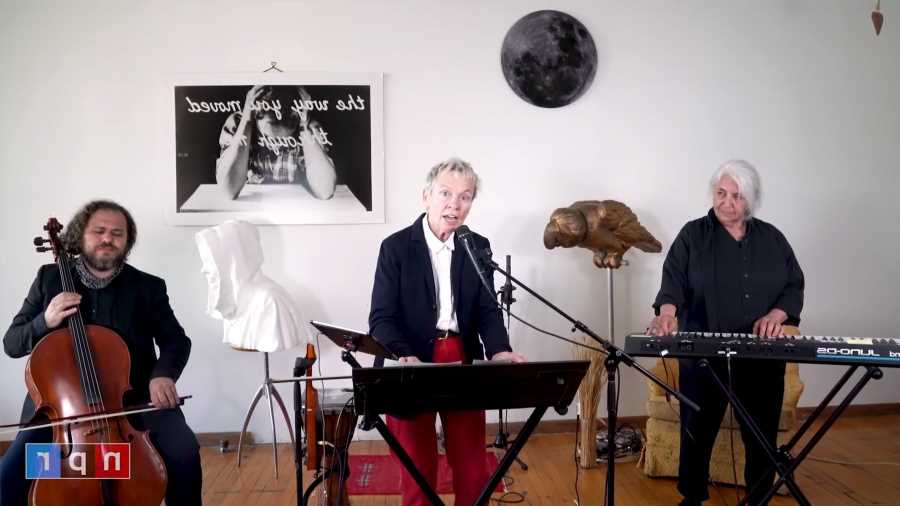 Laurie Anderson performed a pair of songs off her trailblazing 1982 album Big Science for the latest installment of NPR’s Tiny Desk (Home) Concerts.

For the 20-minute set from New York’s Canal Street Communications, Anderson delivered “Let x=x” and her classic “O, Superman,” with the musician accompanied on keyboards by Roma Baran, who performed on and co-produced Big Science.

“We put this out a very long time ago… just yesterday,” Anderson said of Big Science, which was remastered and reissued on red vinyl in April, the first vinyl pressing for the album in three decades.

In between the Big Science songs, Anderson and cellist Rubin Kodheli (“My favorite musician,” Anderson said) performed “something that has never been played before,” a violin cello improvisation by the two collaborators.

Anderson is among the electronic musicians featured in the new documentary Sisters With Transistors; she also serves as the narrator for the film that shines a spotlight on fellow pioneers like Delia Derbyshire, Pauline Oliveros, Wendy Carlos, and Suzanne Ciani.