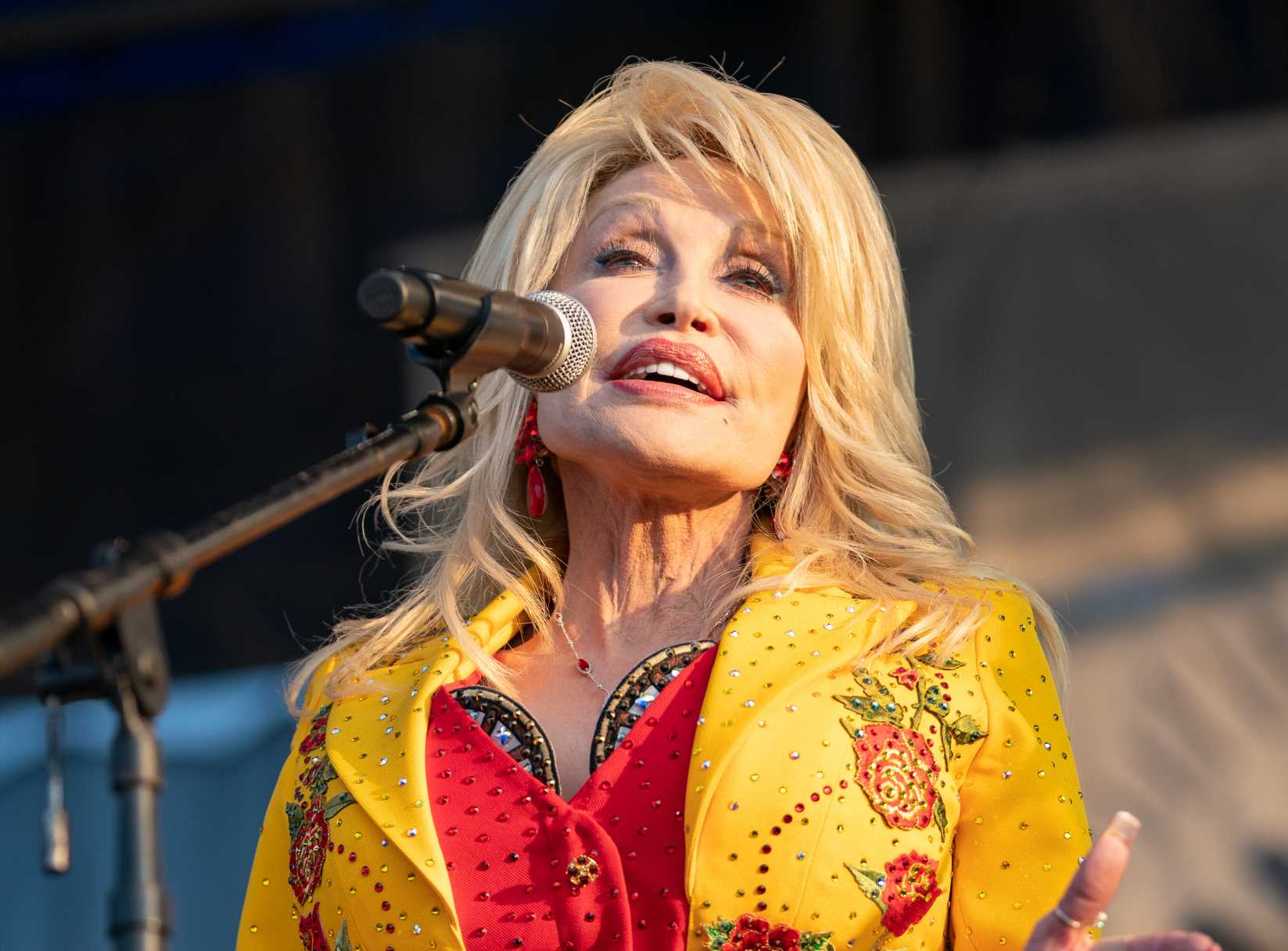 Dolly Parton’s surprise appearance at the Newport Folk Festival on Saturday night wasn’t just an emotional moment for the crowd, but the artists too. Prior to Parton taking the stage, she gathered the visibly moved Highwomen — the new group of Brandi Carlile, Amanda Shires, Natalie Hemby, and Maren Morris — to rehearse one of the songs they were going to perform together, Parton’s 1991 ballad “Eagle When She Flies.”

Crammed into a backstage room, Parton and the Highwomen huddle in a circle, with Parton singing a verse before all come in to harmonize. Linda Perry, who would later join Jade Bird and the Highwomen onstage for 4 Non Blondes’ “What’s Up?”, filmed the video, which also captures Jason Isbell in the corner, listening intently. It’s a rare glimpse at a country legend — always dressed and ready, in a yellow embroidered cowboy suit — prepping for a performance and interacting with the women she’s inspired.

Along with “Eagle When She Flies,” Parton sang “I Will Always Love You” — a stunner with Carlile — and “Just Because I’m a Woman” and “Jolene” with the Highwomen, before joining a cast of female artists for a show-closing “9 to 5.”

On Friday, the Highwomen performed their first full concert, introducing the Newport crowd to selections on their upcoming album. In April, the group made its onstage debut at a tribute to Loretta Lynn, singing Kitty Wells’ “It Wasn’t God Who Made Honky-Tonk Angels.”