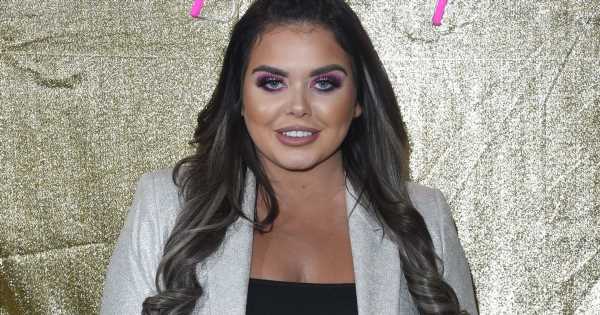 Following Little Mix's Jesy Nelson documentary Odd One Out, which detailed the years of abuse the singer faced, Scarlett Moffatt, 29, took to Instagram and praised the musician for "bringing trolling to everyone's attention".

Outing a keyboard warrior, the TV star screen-grabbed a comment she received from a troll which labelled her "fat" and "always eating".

Posting the picture to her Instagram story, she fumed: "Just another little troll. Thank you Jesy Nelson for bringing trolling to everyone's attention."

The cruel comments come weeks after she appeared on the Great British Bake Off spin-off show, Extra Slice.

Scarlett looked sensational in a red floral frock, and despite her glamorous look, she was still targeted online.

Taking to Twitter, the TV star was bombarded with a string of mean comments by viewers who took brutal swipes at her appearance.

One harsh remark made a quip at Scarlett's "diet" while another jibed at her "love of cakes".

Speaking against the trolls, Jesy Nelson, who's documentary aired on BBC One last week, explained how the constant negative comments about her weight, and being called the "ugly, fat one" of the band led her to "starving herself".

Discussing mental health and wellbeing, she said: "I just wanted to be Jesy.

She heartbreakingly added: "If I did eat, I hated myself, I’d punish myself and make sure I didn’t eat for four days.

"It was horrible, a vicious circle."

Jesy recently told Glamour how she felt she became a joke after social media users made derogatory memes about her.

She said: "I wanted people to see me as normal, so I punished myself. I starved myself."