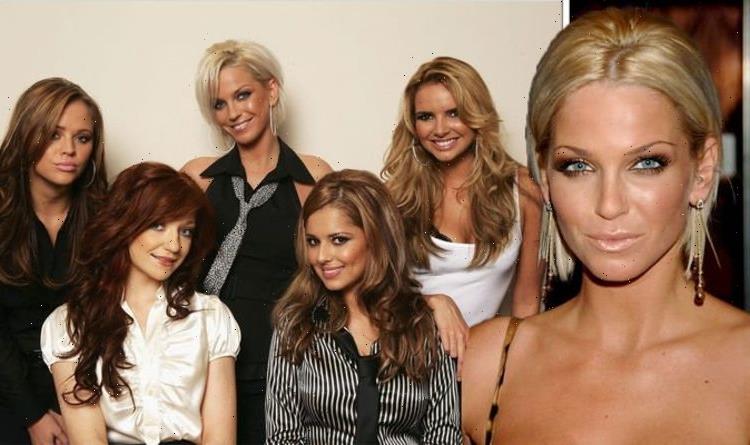 Sarah, the 39-year-old star best known for performing in the legendary British girl band Girls Aloud, suffered from breast cancer over the past two years. Her death has sent shockwaves through the music industry, which she has been a part of since 2002. Sarah originally hit the scene during the reality TV show Popstars: The Rivals, where Girls Aloud were formed in real-time. Seven years later, in 2009, Girls Aloud went on a hiatus.

During this time, each of the members worked on their own careers. Cheryl started her career on the X Factor, while Nicola Roberts and Kimberley Walsh started their solo careers.

Sarah ventured to the world of cinema, claiming a large part in 2009 movie St Trinian’s 2: The Legend of Fritton’s Gold as Roxy – the rebel.

In the same year the singer-turned-actor appeared on The Jonathan Ross Show to promote her new movie, where she candidly spoke out about branching out on her own without her Girls Aloud pals.

As she sat on the sofa alone, Jonathan asked if she missed the rest of the band. She said: “Yeah, it is quite strange not having them next to me, and yeah I’m pretty cacking myself… Because I can’t get out of any awkward questions!”

Speaking of awkward questions, Sarah was then quizzed about the status of Girls Aloud.

The band announced their hiatus in July 2009, saying they were taking a year-long break after seven years of touring, writing and recording.

Jonathan asked if the band had actually split up.

She replied: “No no, we’re simply taking a break. I think, after seven years, we’ve been going and going and it can sometimes feel a bit monotonous.

“We all felt it was time for us to take a little bit of a break, and pursue our own ambitions, really.”

After three years of hiatus, the band got back together before releasing a comeback single, Something New, on November 16, 2012. It reached number two on the UK Singles Chart.

In February 2013 Girls Aloud embarked on their tenth-anniversary tour, Ten: The Hits Tour – which would go on to be their final time touring.

On March 20, 2013, the band played their final gig at the Echo Arena Liverpool. A few hours after curtains closed, the band announced their split on Twitter.

Girls Aloud wrote at the time: “Dear Alouders, we just want to say from the bottom of our hearts Thank you!! This tour has been an amazing experience and the perfect chance to say thank you for being on this journey with us through a decade.

“It has far exceeded any of our dreams and we hope we are forever your inspiration and reminder that dreams really do glitter!! Your love and support will stay with us forever but we have now come to the end of our incredible time together. Love you lots.”

Years later, on September 5, 2017, Sarah made her final TV appearance on Loose Women.

During the interview, she was asked whether she still spoke to her fellow members of Girls Aloud before explaining she had lost touch with the group.

Sarah explained: “A lot of them are all sort of busy with their families and getting married and all that palaver, so it’s quite hard, especially when we’re all busy. But we cross paths obviously, places like this [TV studios].”

It read: “A message from Sarah’s mum… ‘It’s with deep heartbreak that today I’m sharing the news that my beautiful daughter Sarah has sadly passed away.

“‘Many of you will know of Sarah’s battle with cancer and that she fought so strongly from her diagnosis until her last day. She slipped away peacefully this morning. I’d like to thank everyone for their kind support over the past year.

“‘It meant the world to Sarah and it gave her great strength and comfort to know she was loved. I know she won’t want to be remembered for her fight against this terrible disease – she was a bright shining star and I hope that’s how she can be remembered instead.'”