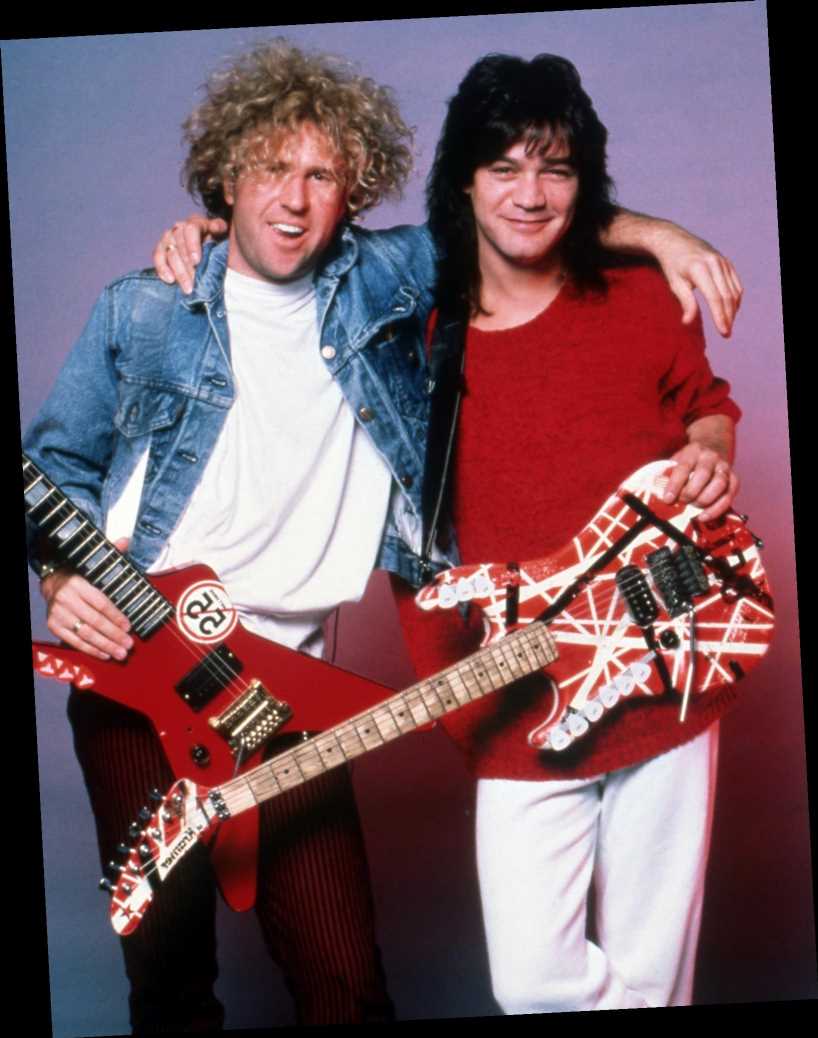 Sammy Hagar is speaking out about reconnecting with his old bandmate, Eddie Van Halen, before his death.

While the former Van Halen lead singer, 72, didn't feel comfortable appearing on air to discuss the pair's friendship, he did write a letter about it after Howard Stern reached out to him for a comment, which the shock jock read on air during Wednesday's episode of his SiriusXM radio show.

"I would love you to share that Eddie and I had been texting, and it's been a love fest since we started communicating earlier this year," Hagar said in the letter. "We both agreed not to tell anyone because of all the rumors it would stir up about a reunion, et cetera, and we both knew that wasn't going to happen. But he also didn't want anyone to know about his health."

"He stopped responding to me a month ago, and I figured it wasn't good," Hagar continued. "I reached out one more time last week and when he didn't respond, I figured it was a matter of time, but it came way too soon." Hagar and Van Halen first became bandmates in 1985, when Hagar stepped in to fill vocalist David Lee Roth's spot after he parted ways with the band. Hagar left the band himself in 1996, but he reunited with them years later on The Best of Both Worlds tour in 2004.

Van Halen died at the age of 65 on Tuesday morning after a years-long battle with cancer. Shortly after his son, Wolfgang, confirmed the rocker's death on Twitter Tuesday afternoon, Hagar shared a brief message in response to the news to his social media pages.

"Heartbroken and speechless. My love to the family," Hagar wrote on Twitter and Instagram, alongside a smiling photo of him and Van Halen sitting together on what looks like a private jet.

Before their reconnection earlier this year, the most Hagar and Van Halen had seemingly had contact in recent times was in a 2016 message on Twitter, where Hagar wished Van Halen a happy birthday and the latter responded, "Thanks Sammy. Hope you're well too."

That same year, Hagar spoke with Classic Rock Report about his birthday message to his former bandmate, explaining that he didn't want to have "any regrets or bad vibes" with Van Halen.

"It just makes when you stop and think that, you know, with my relationship with Eddie Van Halen and stuff that's always been in the toilet, it makes you say, 'I don't want to be buried with any regrets or bad vibes like that,' " he said.

Hagar continued, "It makes you want to be just friends with everybody and say, 'Hey, look, forget it.' Even if you don't want to be in a band together, just let's be friends. No more enemies for me."