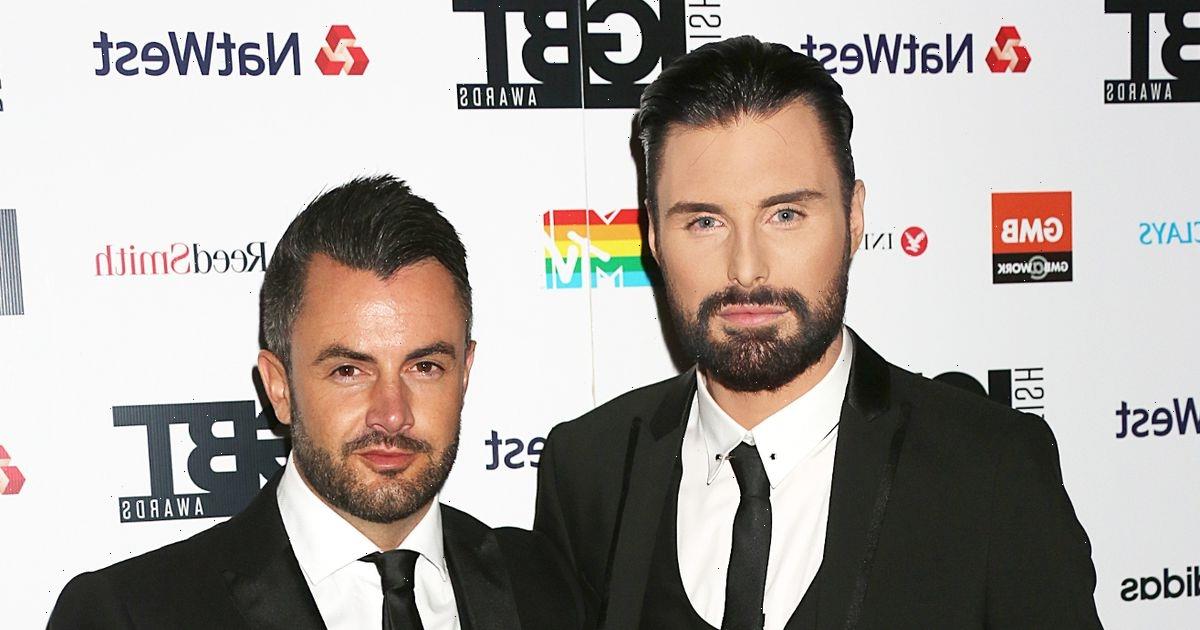 It Takes Two presenter Rylan Clark-Neal reportedly split from his husband Dan Neal as he wanted to have children.

The claims come as Rylan opened up about his recent split with husband Dan Neal and said that he made a "number of mistakes" while they were together.

The TV personality, who married his partner six years ago, were reported to have gone their separate ways on Sunday night, and Rylan has now confirmed the "breakdown" of their marriage.

Reports also claimed that ex-Big Brother star Dan is understood to have moved out of the Essex home he rented with Rylan.

However, friends of the couple have reportedly revealed that they are not surprised by the recent break-up, as they were aware that the couple both wanted different things from the relationship.

Sources claimed to MailOnline that although Rylan was happy to play step-dad to Dan's son Cameron, he was desperate to have a family of his own.

The source claimed: "Rylan loved being a step-dad and was wonderful but it just couldn't fill the gap he felt for wanting his own children."

The One Show presenter has previously openly discussed his desire to start a family with Dan.

But it's reported that Dan was more focused on his television career and was looking to find fame once again.

Despite his best efforts, Dan never gained much television work.

The former policeman also hoped that after he hosted ITV's This Morning alongside Rylan in 2017 his presenting career would flourish, but it unfortunately failed to do so.

The source added: "Dan really wants a TV career. He looks at Rylan being so effortless. He's had showreels made and would love to be a TV star."

Fans became increasingly worried about Rylan's welfare, after he disappeared on social media and was no longer hosting his Saturday afternoon Radio 2 show.

But now the star has told The Sun that he felt it was best to speak out on the separation because the way it had been reported was "unfair".

Rylan also admitted that he decided to take some time away from work because he's not in a good place and is seeking help.

Speaking to The Sun about his relationship, the Celebrity Big Brother winner explained: "Following reports about Dan and I spending time apart, I feel I have to speak out – as the way it is being reported is unfair.

"I have made a number of mistakes which I deeply regret and have inevitably led to the breakdown of our marriage."

He added: "I have taken time away from work as I am not in a good place at the moment and am seeking help.'

In 2017, Rylan spoke about his relationship with Dan in an honest chat with BUILD series LDN where he confessed that he and Dan loved each other, but they argued all the time.

He said candidly: "I hate when you see all these people on TV and they're like 'I love my husband, he's so amazing, he's my soul mate, he's my best friend', it's like shut up, are you joking?

"Mine does my head in! I wake up next to it and go to sleep next to it, that's enough! Obviously we love each other but we row all the time, I think that's normal?

"With me and Dan we're both on a level, we both get it, things that annoy him, annoy me and then I'll get annoyed and he'll ask me why I'm annoyed and that's why we row because we both do the same things to wind each other up."

Daily Star has contacted a rep for Rylan for comment.