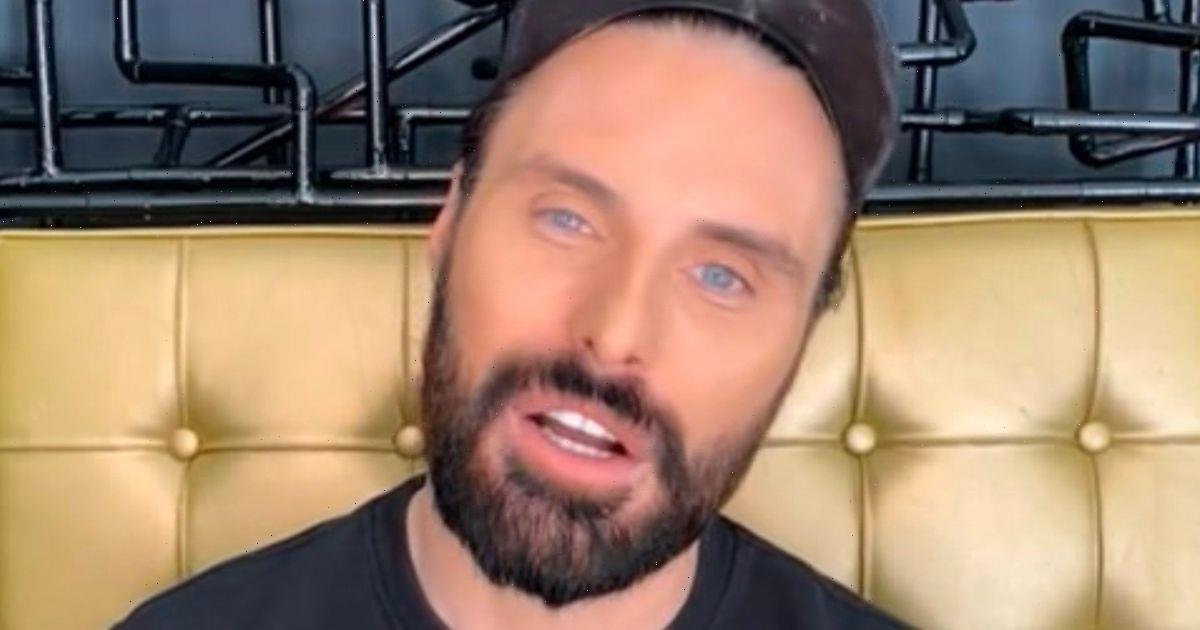 ITV star Rylan Clark-Neal has dropped out of the BBC's Eurovision Song Contest semi-final coverage this week as due to being unwell.

The 32-year-old This Morning host had been set to provide the coverage for the semi-finals of the competition on BBC Four alongside Radio One DJ Scott Mills and BBC Two host Chelcee Grimes.

However, Sara Cox announced on air last night (17 May) that she would be stepping in for Rylan as the ITV presenter is ill.

Speaking on her BBC Radio Two show, the broadcaster, 46, said: "I’m really excited, I’ve got a new little job this week. I will be co-hosting the Eurovision semi-finals on BBC Four tomorrow night and Thursday night.

"Rylan is unwell, so obvs we wish him better. So I’ll be stepping into Rylan’s sparkly tux tomorrow and Thursday, 8pm, BBC Four, all the action from the Eurovision semi-finals."

Sara also explained that Channel 4 presenter Anita Rani would be stepping into her shoes on her Radio Two show.

Sara has already commentated for the Eurovision semi-finals alongside fellow BBC DJ Scott back in 2011 and 2012.

Rylan joined the Eurovision commentary team in 2018 when he took over from Scissor Sisters star Mel Giedroyc, and was even the UK's spokesperson in 2019.

The Big Brother star, who also rose to fame through music after singing on X Factor as a contestant in 2012, had previously shared his excitement for the semi-finals job.

Rylan said: "There was a big Eurovision shaped hole in my life last year, so I am super excited to see what everyone brings to the table for 2021 – it’s the best time of the year!

"I am looking forward to being reunited with Scott for the semi-finals and to welcome Chelcee to the team! Plus Embers is an absolute tune – I can’t wait!"

We previously reported that Eurovision 2021, which is held in Rotterdam this year, will allow a live audience of 3, 500 people with Covid safety measures.

And singer-songwriter James Newman is set to represent the UK at the grand final on Saturday (22 May) with his single Embers.

The semi-finals tonight will include countries such as Russia, Sweden, Azerbaijan, Australia, Norway, Belgium, Ukraine and Malta battle it out for 10 places in this Saturday's final.

The second semi – which the UK can vote in – features nations including Greece, Czech Republic, Austria, Moldova, Iceland, Serbia and Estonia compete for the final spots.