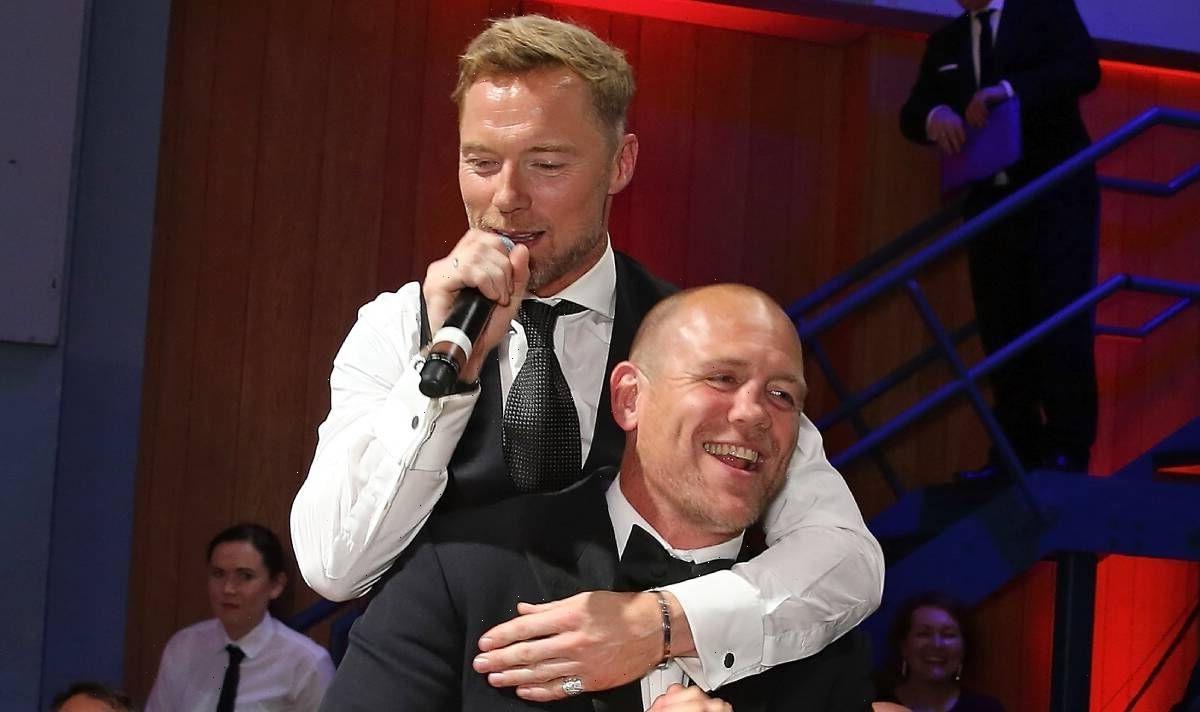 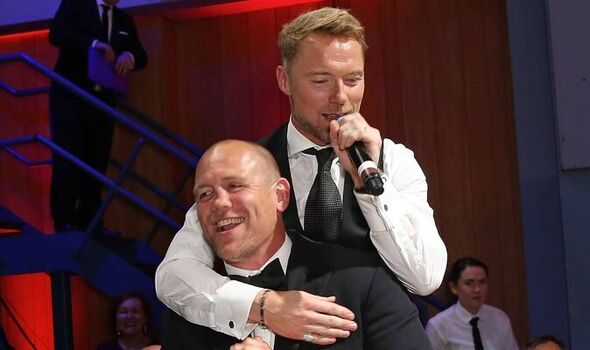 Describing the former rugby player as a very special person, Ronan says the pair regularly hang out at each other’s homes with their families. Their close friendship is the reason why the former Boyzone star and his wife, Storm, are rooting for Mike to win this year’s I’m A Celebrity.

“We’ve played a lot of golf together, we have done charity work together and we’ve known each other for a long time,” he confides. “We’re family friends; we all connect and they are a very special family – we love them. He is a gentleman.

“We are all shouting for Mike in this household.”

Ronan refuses, however, to be drawn on how he thinks the former health secretary, forced to resign after a lockdown affair with an aide, is faring, declaring: “I’m staying out of that!”

But he does single out Seann Walsh for praise.

“I am really enjoying Seann. He is coming across so well. I’ve never met the guy but he is a legend. His approach and attitude is refreshing.”

So has watching Mike made him want to take part in I’m A Celebrity?

“I do get asked,” he smiles. “And I get asked to do Strictly, too. They are all brilliant and I love them but it’s not for me.”

Not that the 45-year-old has any need to bolster his career by taking part in reality TV.

Co-host on BBC1’s The One Show every Thursday and Friday with Alex Jones, breakfast DJ on Magic FM with Harriet Scott, and with countless pop gigs across Europe every weekend, Ronan is so in demand he admits he’s keen to readdress his work/life balance.

“I would like to find a better balance,” he says, as he reflects on what other ambitions he’d still like to fulfil. “I took on a lot of work through the pandemic because live music wasn’t there. Now live music is back, I can’t do everything.”

He smiles as he goes on to admit he still can’t, however, get used to the fact he is a TV presenter on one of the BBC’s most popular consumer series, The One Show.

“I still don’t see myself as a TV host,” he confides. “I am a singer but I seem to have found myself with the role on The One Show and at Magic. Alex is the boss on the One Show though. JJ [Jermaine Jenas] and I just slide in there on her coat tails!

“She is a legend; she is so good at it that she can do it with her eyes closed. I have learnt a lot from Alex – her composure, the way she delivers and paces herself through the interviews. It’s very interesting to watch.”

We are chatting over Zoom today to discuss Ronan’s involvement as “director of love” for a light-hearted new Costa Coffee campaign that will see the café chain give away millions of free coffees to new customers.

The singer, who despite getting up at 5am to host his radio show is only on his second cup of the day, chuckles: “We are showering people with affection.

“It’s very light-hearted and we aren’t taking ourselves too seriously. I am quite well known for my love songs and I like coffee, so it seemed a good fit. It’s been great to get involved.”

Yet it’s the performing on stage that still holds a special place in his heart almost 30 years after he first shot to fame in Boyzone aged just 16.

You wonder if he will be as willing as his own parents to let his children join a pop group at such a young age.

“If any of my kids were passionate about singing, I would absolutely get behind them,” he insists. “I wasn’t very academic and I was into more creative things when I joined Boyzone. It was a big risk but I made a promise I would go back to school if it didn’t work.”

Thankfully for Ronan, he did not need to go back to school.

Performing with his fellow bandmates for 25 years, the group enjoyed incredible success selling 25 million records around the world.

“It’s brilliant we had 25 great years together,” he continues.

“We went out on a high and it’s a book closed now. For me the band ended when Stephen [Gately] died but we went on a little bit longer because we thought it was the right thing to do. For me, it never felt right after that.

“But we are all good friends and I don’t want to tarnish that.”

Does he consider himself a pop legend?

“I would never use that word,” he replies. “We were lucky – that’s what we were.”

Today he believes the music industry has changed beyond belief. “It is swamped. I think social media has made the world a much smaller place, which means there is a plethora of artists from all walks of life.

You can reach out and access it on your smartphone, Instagram, Spotify and TikTok. I know some might say we had it easy and yes, we did to a certain extent.

“But we still grafted. We were on two planes a day, constantly travelling but we loved it and I am not complaining. We were living the dream. I still will never say no to performances. I don’t want to stop singing. Every weekend, I’ve got gigs on but I love performing.”

One of the nicest people in the music industry, it’s easy to see why Ronan has achieved so much success. Down-to-earth and funny, he is appreciative of everything that has come his way but nothing will ever make him prouder than his family. He has three older children, Jack, 23, Missy, 21, and Ali, 17, with his first wife,Yvonne.

Now happily married to his second wife, Storm, since 2015, Ronan has a son, Cooper, five, and daughter, Coco, two, with her.

“Family is absolutely everything,” he says.

“My evenings are precious with the family. I want to be there for bath time, story time and quality time at home with the kids. It’s important for me and Storm.”

His eldest daughter, Missy, has just emigrated to Australia.

Two weeks on, it’s still very tough, he admits. “We miss her terribly. It’s hard but I am proud of her and it’s the right thing for her to do. My kids do come to me for advice and I have a wonderful relationship with them.”

Also close to his own siblings, Ronan admits 24 years after his beloved mum, Marie, died of breast cancer at the age of 51, he still finds her loss utterly heartbreaking. He set up a charity in 2001 in her name raising vital funds for Cancer Research and this weekend, he is holding an annual ball in London.

“We have reached £10million now and I am so proud of what we have achieved,” he adds. “Her death drove us to do something positive and help other people. But it’s obviously bittersweet. Now looking back, we were so naive towards the disease. It’s still sad and heartbreaking years later.”

Taking a leaf out of his own book when it comes to trying to carve out a better work/life balance, Ronan is looking forward to having some time off over Christmas to spend it with his family. “We are going to muck in together and I can’t wait,” he adds.

As for whether he has any regrets and it’s a resounding no but he does concede that he wishes he hadn’t taken himself too seriously at times. “If I could tell my 18-yearold self anything; it would be to not take yourself too seriously,” explains the affable star.

“I’ve got no regrets but it has gone by so fast and I wish I had taken it in more.”

And with that parting shot, Ronan smiles as he reveals he can’t wait to watch another installment of I’m A Celebrity and hopefully see his fantastic and grounded friend, Mike Tindall, eventually become “King of the jungle”.

“What a season it has been,” he gushes, smiling. “The line-up has been iconic.”

Ronan is working with Costa Coffee to give away millions of free coffees to new customers until November 24. Download the Costa Coffee Club app for details