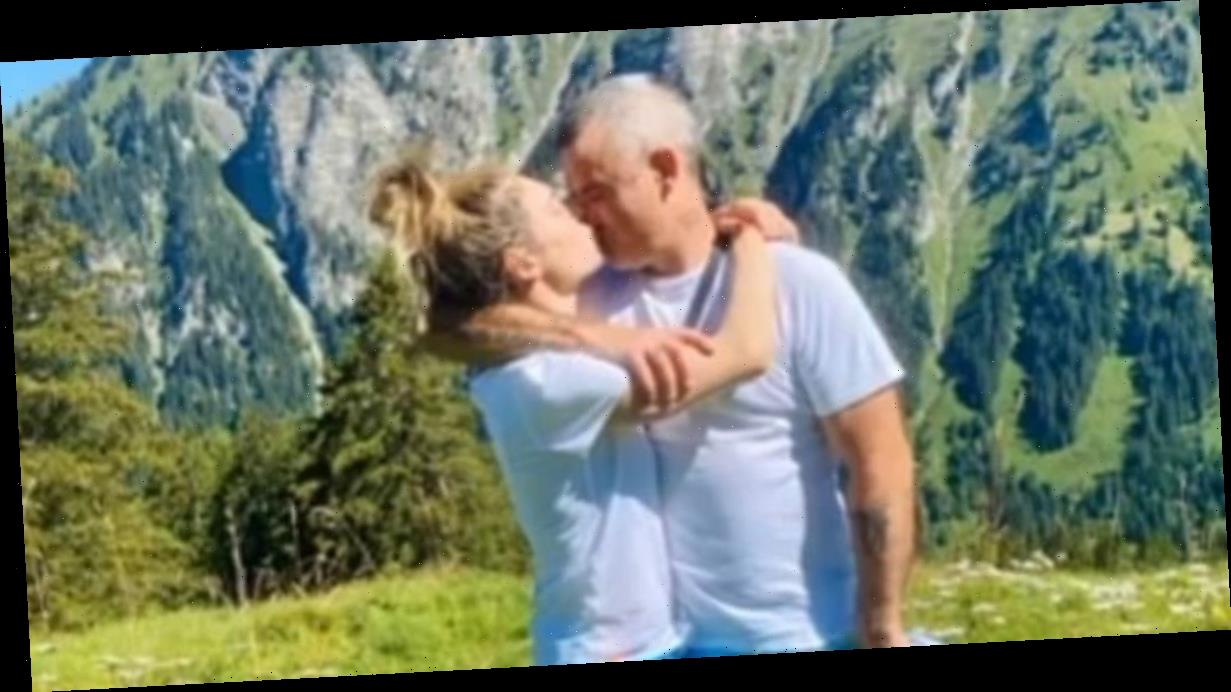 Robbie Williams is allegedly preparing to make a full-time move to a stunning Swiss resort.

It's said that the Stoke-on-Trent born singer has splashed a staggering £24 million on a villa after spending a period of his time, alongside his family isolating in Switzerland during the ongoing coronavirus pandemic.

Robbie, 46, is said to be making the move to a resort close to Lake Geneva with wife Ayda Field Williams, 41, and their four children, Theodora, eight, Charlton, six, Colette, two, and Beau, one.

Reports by The Sun also claim that Rob's eldest two children have also been enrolled at a local school, while Robbie is said to have signed up to the exclusive Golf Club De Genève which is a stone's throw away from his home.

Speaking about the decision, an insider told the publication: "The Golf Club De Genève is very exclusive. You have to know the right people to even to get a look-in and that’s before even paying the massive fees.

"Robbie is a first-class golfer and loves it there. Robbie and his family are delighted. They love the pace of life here. They love the open space and the lake nearby.

"The neighbourhood is used to wealthy inhabitants and their privacy is totally respected."

Robbie who was catapulted to international stardom in the early nineties as a member of Take That revealed in September he and his family had opted to lockdown in Switzerland as the coronavirus pandemic continued to take hold of the world.

The Party Like A Russian singer said: "Yeah, well, I'm a bit neurotic and I thought, where can I place myself where it won't get me?

"And I thought, well I'll just live up the Mont Blanc for six months."

However, Robbie eventually contracted the killer virus during an exotic Christmas break in St Barts and was forced into self-isolation while holidaying at a villa costing an eye-watering £106,00-per week.

Despite the virus being responsible for over 100,000 deaths in the UK alone, Robbie was fortunate to suffer just "mild symptoms" and is now on the road to recovery, exercising on a daily basis.

While a source close to the rockstar added that he has a treadmill set up in front of his television so he can remain entertained while exercising.