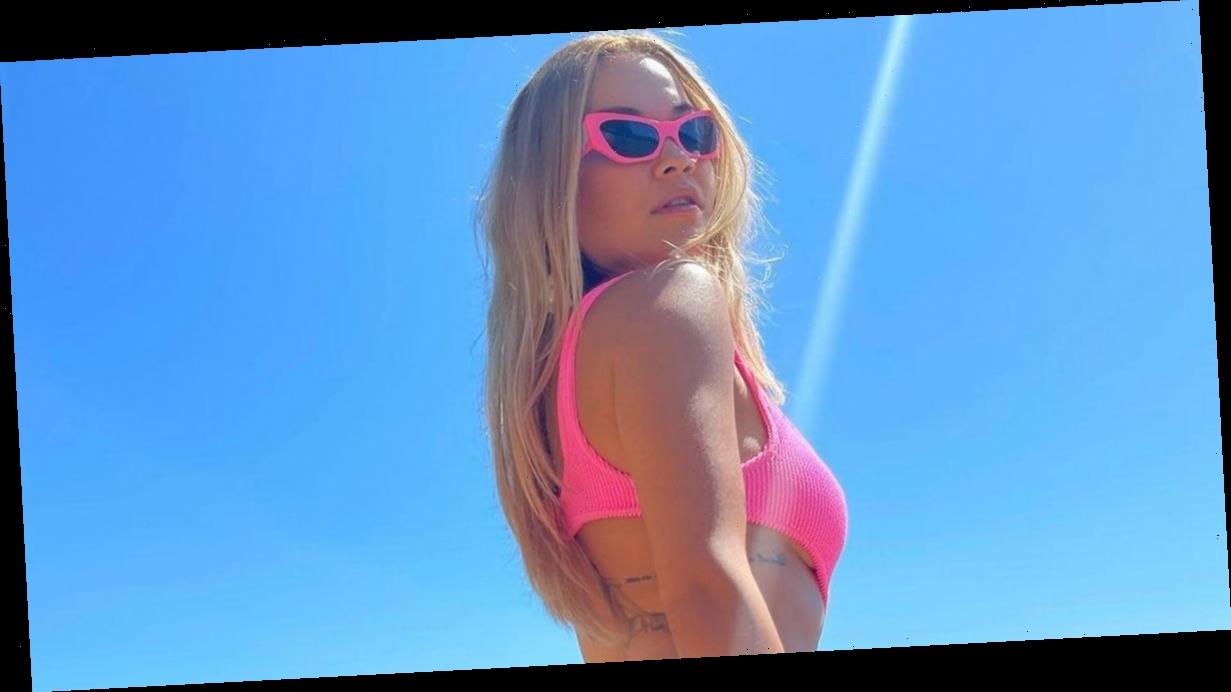 Rita Ora has left fans swooning after stripping off online.

The chart-topper, who recently released her EP Bang Bang, logged into her official Instagram page before uploading a string of racy snaps.

Looking sensational, Rita opted for a bright pink two piece before posing up a storm while enjoying a day at the beach.

Showing off her trim frame and perky backside, the I Will Never Let You Down songstress turned her back to the camera to make sure her derrière was centre stage.

Thanks to her bikini bottoms being so tiny they resembled a G-string, Rita exposed almost all of her backside in the process.

Ever the fashionista, she matched her swimwear with a bright pink pair of sunglasses.

Rita is currently Down Under after bagging herself a judging role on The Voice Australia.

Due to lockdown rules, she was forced to undertake a two week mandatory hotel quarantine upon her arrival into the country.

Reports recently revealed that Rita left producers at RuPaul's Drag Race UK scurrying to save an episode of the latest series after she pulled out at the last minute.

As a result, bosses replaced her with a mannequin and managed to laugh off the fail.

A source told The Sun: "Everyone on set was anticipating Rita’s arrival but, when she didn’t show up, producers had to use their heads and came up with the idea of decorating a mannequin.

"Surprisingly, it worked out OK and became a running joke."

Rita is currently working on her third album after dropping a four track EP with DJ Imanbek.

While the original song is from Harold Faltermeyer's Beverly Hills Cop, Imanbek thought Crazy Frog's version was the original.

A source told Daily Star: "Rita is really experimenting with her sound on this EP.

"Imanbek is only 20 so wasn't even born when the song was first around in the 80s.

"When he was in the studio and suggested they should sample the track he was only thinking of the Crazy Frog hit."