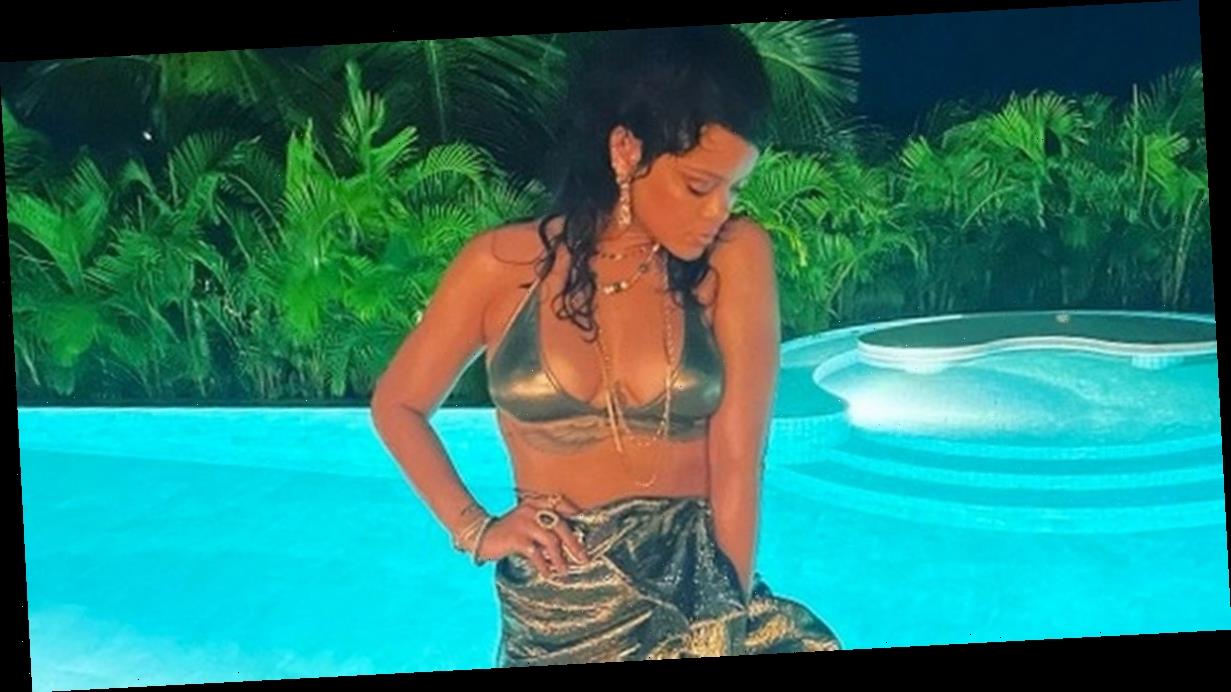 Rihanna is clearly becoming annoyed at fans who constantly bombard her on a daily basis with requests for new music.

The 32-year-old bombshell left spectators astounded as she clapped back at one Instagram user who dared to prompt the question about when her next record may drop.

Without hesitation, she soon shot down the pestering person telling them to "grow up" beneath her racy post.

Discussing music didn't seem to be on the agenda as she shared a steamy New Year's Eve image as she smouldered poolside.

The Umbrella hitmaker looked like and Egyptian princess as she posed with one hand on her hip, rocking all gold attire.

Looking sizzling, she rocked a shimmery metallic style bikini that was teamed with a matching skirt that gapped open at the side.

Pulling open the slit of the skirt, Rihanna flaunted her killer open toe shoes that had been carefully laced up, all the way to her thigh.

Taking her outfit to new levels, she accessorised with chunky gold jewellery, including a number of thin necklaces and large droplet earrings.

In spite of the sexy display some fans were just more fixated on when to expect some new music and struck up the opportunity to ask the question beneath the social media post.

To which the Barbados-born beauty surprisingly clapped back at the user: "This comment is sooo 2019. Grow up."

It seems that some of her admirers may be getting a little impatient after she had teased that she was in The Neptunes studio back in February.

The gesture gave fans hope that the songstress would be making a comeback however it was clear in a YouTube interview back in October that she was confused about what her comeback could look like.

She told The Associated Press

"We started with tons of writing camps," she revealed. "Now it's more what do I feel personally? What do I want to put out as an artist? How do I want to play it with my art?

"How do I want to interpret that, reimagine that? Because it's been so structured before. You do pop, you do this genre, you do that, you do radio, you do who's following you and your fans.

"But now, it's just like – what makes me happy? I just want to have fun with music."