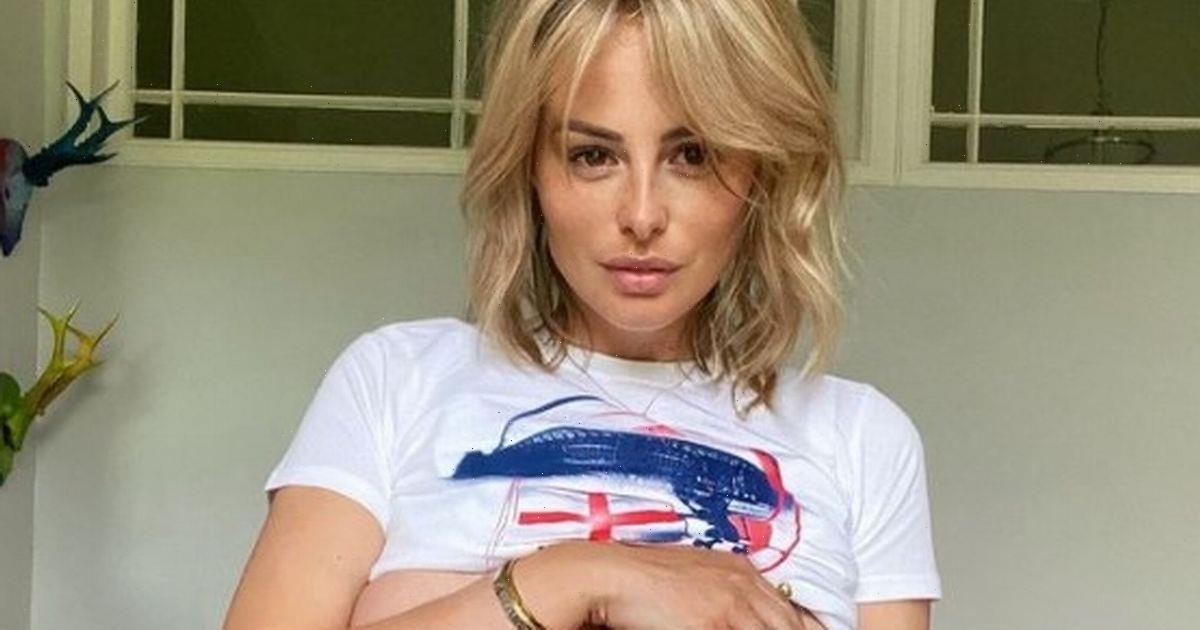 Rhian Sugden has taken to Instagram too cheer on the England squad with a typically racy post.

The buxom babe slipped into a white graphic England shirt and tiny red knickers before posing up a storm.

Looking sensational, Rhian turned up the heat as she gazed seductively down the lens.

Oozing sex appeal, the cheeky blonde pulled up her top to expose her naked assets.

Covering her chest with her arm, the starlet sent imaginations into overdrive.

She captioned the post playfully: "The question is… is it coming home?

The snap was immediately met with thousands of likes and adoring comments from fans.

One supporter praised: "You look incredible."

A third cheekily chimed in: "If Carlsberg did girlfriends…" before adding a love-heart eyed emojis.

Sunday's final of the 2020 Euros – which was delayed 12 months due to the ongoing Covid pandemic – is the first time England has been in a final for over five decades.

The last time they did reach a final was 1966 when England won the World Cup against Germany.

England and Italy will battle it out at Wembley Stadium in London to lift the trophy.

The iconic stadium was packed with fans and VIPs alike.

As the match kicked off HRH Prince William was seen with his wife the Duchess of Cambridge and their son Prince George.

Meanwhile, Tom Cruise, Kate Moss and David Beckham were all seen in the crowd – as was former Good Morning Britain host Piers Morgan alongside his sons.