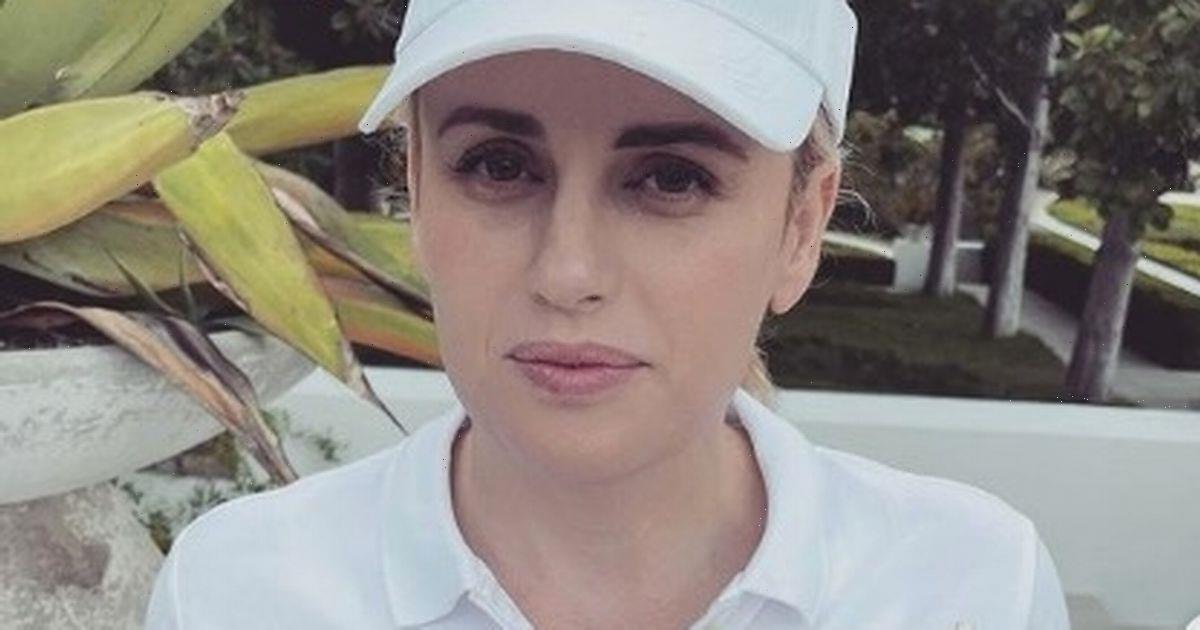 Australian actress Rebel Wilson looked Wimbledon-ready as she dressed up in a white polo shirt and miniskirt to take to the tennis court.

The star showcased her impressive figure in a white tennis outfit as plays against friends in the sun.

Rebel shared the video of her at a tennis event that took place at the LA home of American interior designer Kelly Wearstler.

In the video, Rebel, 41, can be showing off her sporting skills and giving an impressive serve.

She uploaded the video to her Instagram and captioned it: "who wants to play me?" followed by a tongue-out emoji.

She donned a typical tennis get-up, wearing a white polo shirt with a matching pleated mini skirt and a visor with 'Rebeldon' emblazoned across the front.

Last year, the Pitch Perfect star dropped more than 66lbs during her ‘Year of Health' and she has recently spoken out about how strangers are now more kind to her.

Rebel decided to lose weight as she approached 40 in order to live her life in a healthier way and lost a whopping four and a half stone.

The actress, who now looks miles apart from her days as 'Fat Amy' on the Pitch Perfect films, has said that it's not just her body that's changed, but the way people treat her too.

Rebel told The Morning Crew with Hughesy, Ed and Erin that she doesn't feel she has changed much as a person, rather the people around her have changed their attitude towards her.

She said: "I think what's been really interesting to me is how other people treat you."

Rebel added: "Sometimes being bigger, people didn't necessarily look twice at you, and now that I'm in a good shape, like, people offer to carry my groceries to the car and hold doors open for you.

"I was like, 'Is this what other people experienced all the time?'"

The comedy actress previously admitted to being an emotional eater and consuming over 3,000 calories a day.

After going to a health-orientated retreat in Austria, Rebel managed to get control of her eating habits and put her best foot forward.

The actress has maintained a healthy attitude about her weight loss and has not focused on a number or a size.