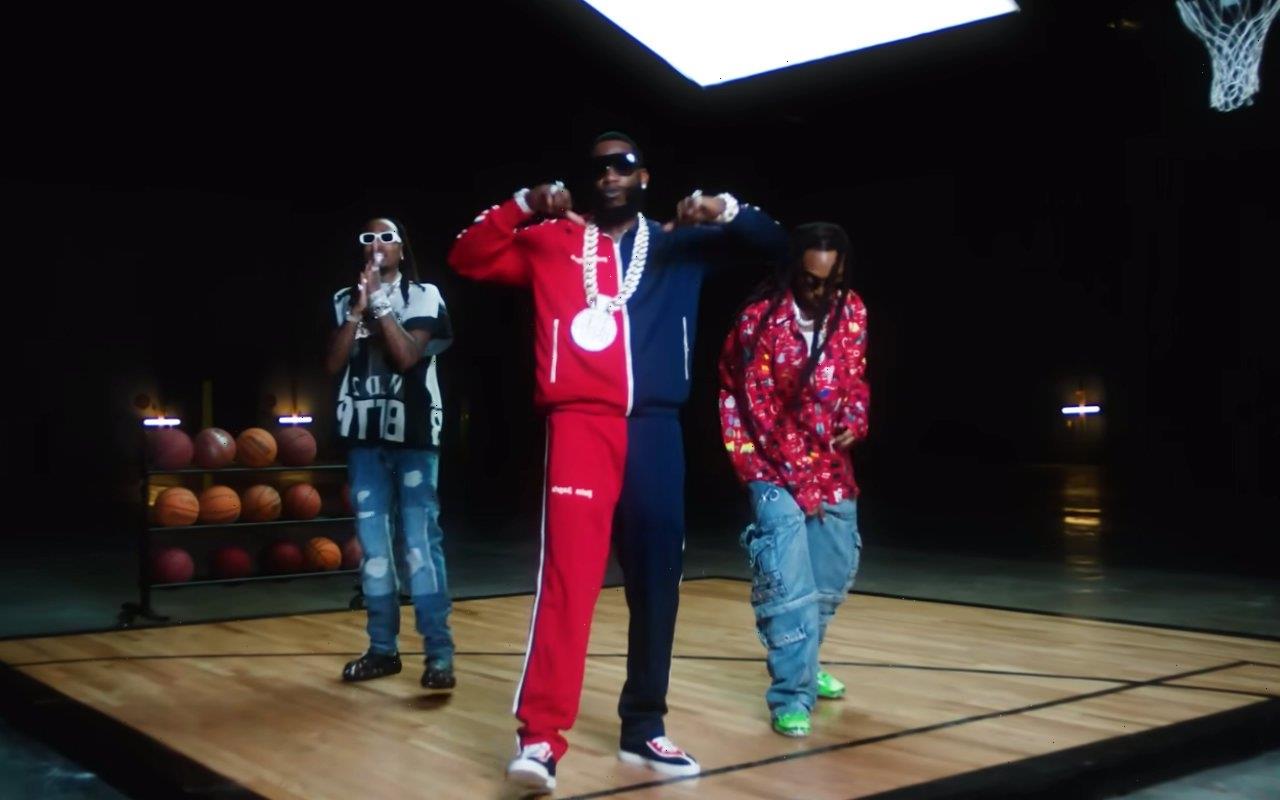 The 31-year-old Georgia emcee and his nephew release a Gucci Mane-assisted track called ‘Us vs. Them’ after releasing ‘Hotel Lobby’ on May 20 along with its music video.

AceShowbiz –Quavo and Takeoff‘s latest release made fans convinced that Migos might have split for real. The pair fueled the group’s breakup rumors once again after dropping new single “Us vs. Them” ft. Gucci Mane without Offset.

Released along with its official music video, the DJ Durel, Duce, Eza and Money Musik-produced track sees Gucci showing support to incarcerated Young Thug and Gunna. “Free Young Thug and Gunna, while you at it Pooh and Foo/ Let my n***as out, you know they havin’ somethin’ to do,” he raps.

“Us vs. Them” follows Quavo and Takeoff’s “Hotel Lobby”, which hit streaming services on May 20. It was dropped along with a “Fear and Loathing in Las Vegas”-inspired music video that shows the two rappers having a “bad” road trip to Sin City.

“1 Ticket = 2 Shows: The Bands and Migos!” the announcement further read. “Get your tickets today at NationalBattleoftheBands.com/tickets.”

Migos split rumors first emerged in May. Fans assumed that the trio had split as Offset and his wife Cardi B unfollowed Quavo and Takeoff on Instagram. Quavo reportedly wasn’t following Offset anymore, leading to speculation that they had a fallout. Takeoff, on the other hand, is still following the married couple.

When pressed about the rumors following a trip to Jamaica with his rumored girlfriend Karrueche Tran, decided to stay mum. Upon arriving in Los Angeles, the Athens native was asked by a TMZ cameraman, “What’s going on with the band at this point?”