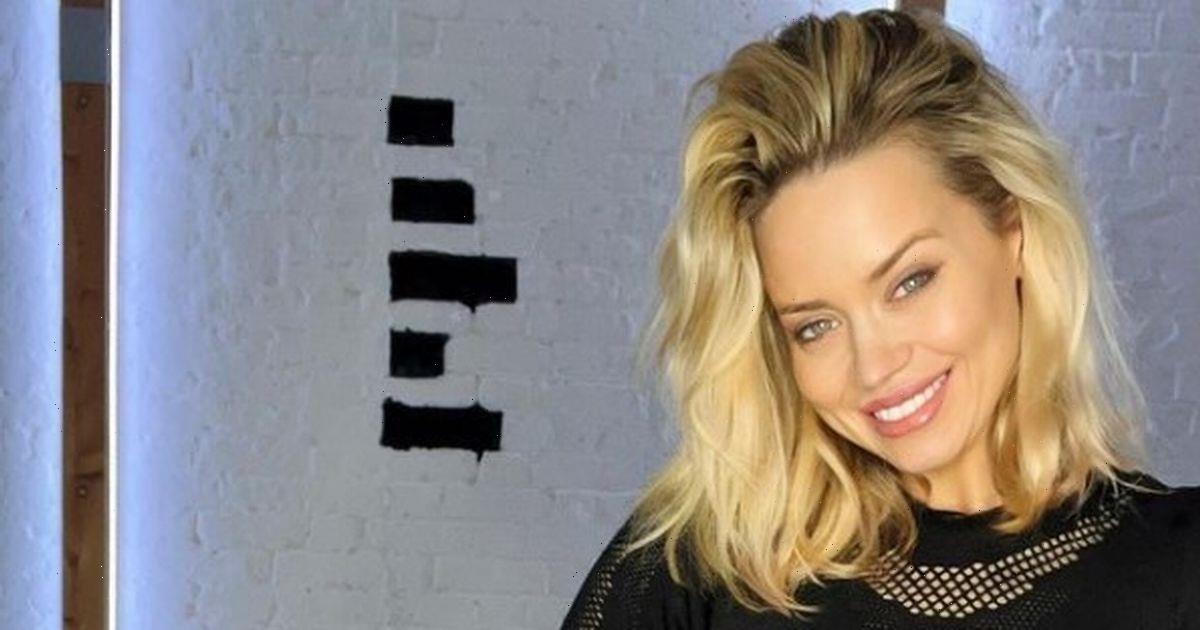 Kimberly Wyatt showcased her washboard abs as she got back into the gym ahead of the launch of Dancing on Ice.

The 39-year-old shared an inspirational post after she took a break from the gym to make the most of the festive holidays with her family.

But after the launch date of the popular ITV ice skating competition was launched on Tuesday after, the blonde bombshell has got back into the swing of things after she put on a sweat during her morning workout.

And the former band member of The Pussycat Dolls wanted to hold herself accountable for the two-week break she took off during the holidays by sharing a gym selfie online.

It appears as though the mum-of-three is in top shape and ready to smash the competition as the countdown to the launch of the TV competition continues.

Kimberly beamed as she posed up a storm inside her home gym while she donned a matching mesh crop top and yoga pants set for another gruelling workout.

And the long-sleeved top showed a slither of her rock-hard abs as she flashed her pearly whites to the camera.

She let her long luscious locks flow before she got to work on her yoga mat and added just a dash of makeup to her face to hide her flushed face later on.

The American beauty added a pinch of blush and lashings of black mascara to her eyelashes to really make her sparkling blue eyes pop.

And she completed the look with a simple pink lip balm to as she prepared for a long training session at the ice rink.

Alongside the sweet snap, Kimberly penned a lengthy post to her loyal legion of followers as she started her first workout of 2022.

She penned: “Are you ready? Probably not if I'm honest …

“I’ve really enjoyed my time with my family, eating, drinking and feeling merry! But it’s time to get back to it!!!!!”

Kimberly added: “So trusting the process of showing up and being consistent, embracing the now and believing in better as the practice always wins.