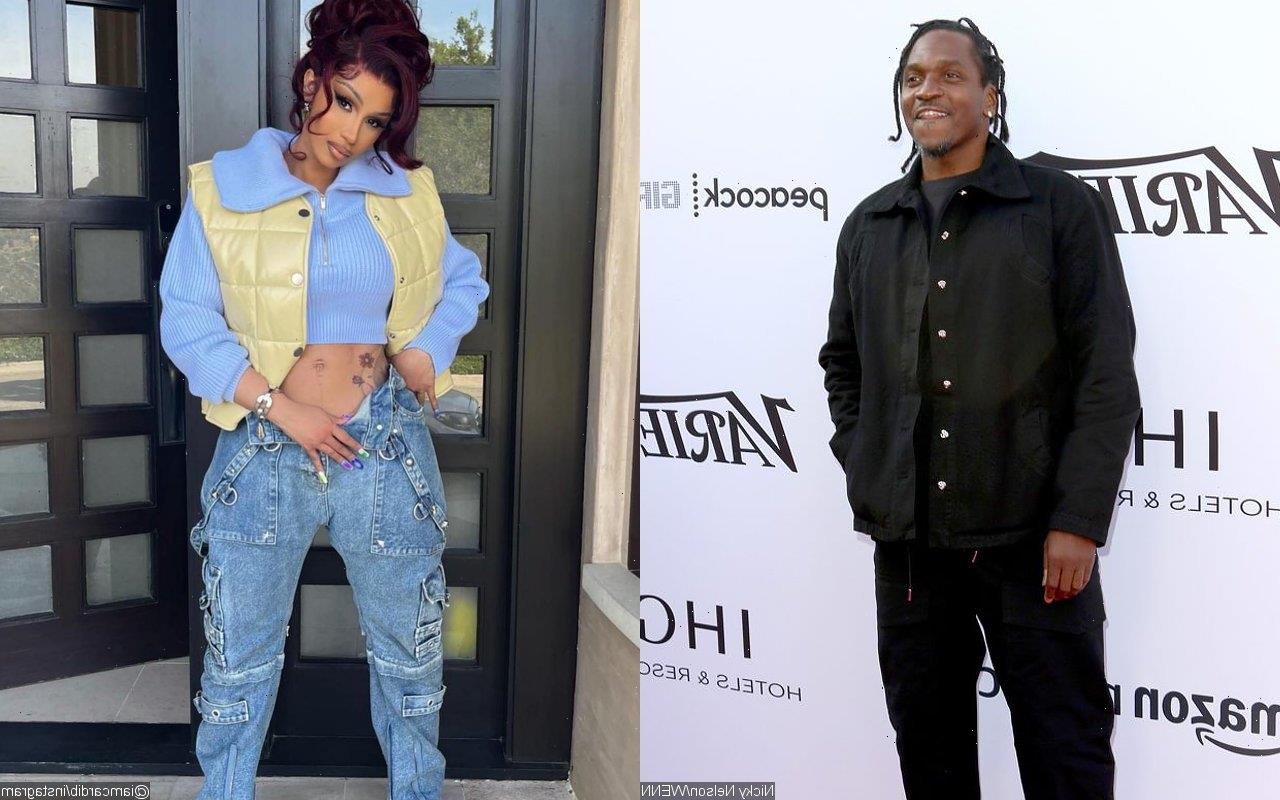 In his new track ‘Dreamin of the Past’, the ‘It’s Almost Dry’ artist cryptically raps, ‘Award shows the only way you b***hes could rob me, I was dreaming of the past.’

AceShowbiz –Pusha T has clarified that he has no ill feelings against Cardi B over her 2019 Grammy win. In a new interview, the “It’s Almost Dry” artist clarified that he didn’t diss the “Bodak Yellow” femcee in his new song.

In an interview with TIDAL magazine’s journalist Elliott Wilson, published on Tuesday, May 3, the “Daytona” artist shut down the speculation that he was jabbing Cardi. “Cardi deserved that. When you look at the lineup…you had Cardi B, you had Travis Scott (II), you had Mac Miller, you had [Nipsey Hussle]’s ‘Victory Lap’, and you had ‘Daytona’,” he said.

“Anybody could’ve won, and I couldn’t have argued. Cardi actually won and I would never argue with [that],” Pusha T, whose real name is Terrence LeVarr Thornton, added. “I was actually going to the gym with her joint in my headphones like, ‘Oh yeah, she killed this joint.’ It was just about what the final voters gravitated towards, but it was fair. The lineup was fair.”

Pusha also claimed that at that time, he wasn’t as popular as Cardi in the mainstream. “What I’m saying is, Cardi was popular as hell. Pusha T wasn’t as popular. But to even put ‘Daytona’ on the levels of… I feel like it had all tiers of great rap music in that category,” he elaborated.

Pusha’s statement came after many believed that he dissed Cardi in his new song featuring Kanye West, “Dreamin of the Past”, which was released on April 22. In it, he raps, “Award shows the only way you b***hes could rob me, I was dreaming of the past.”

As for Cardi, she looked as surprised as anyone when her name was read out as the winner in the Best Rap Album category at the 61st Annual Grammy Awards in February 2019. After being escorted to the stage by her husband Offset, the “WAP” hitmaker could barely contain her emotions while accepting the award.

“Oh my goodness,” Cardi said during her speech. “I’m sorry. Woo, the nerves are so bad. Maybe I need to start smoking weed. I just want to say, thank you to everybody that was involved.” She later posted an Instagram video celebrating her victory while paying tribute to the late Mac, who passed away just months before the awards ceremony.