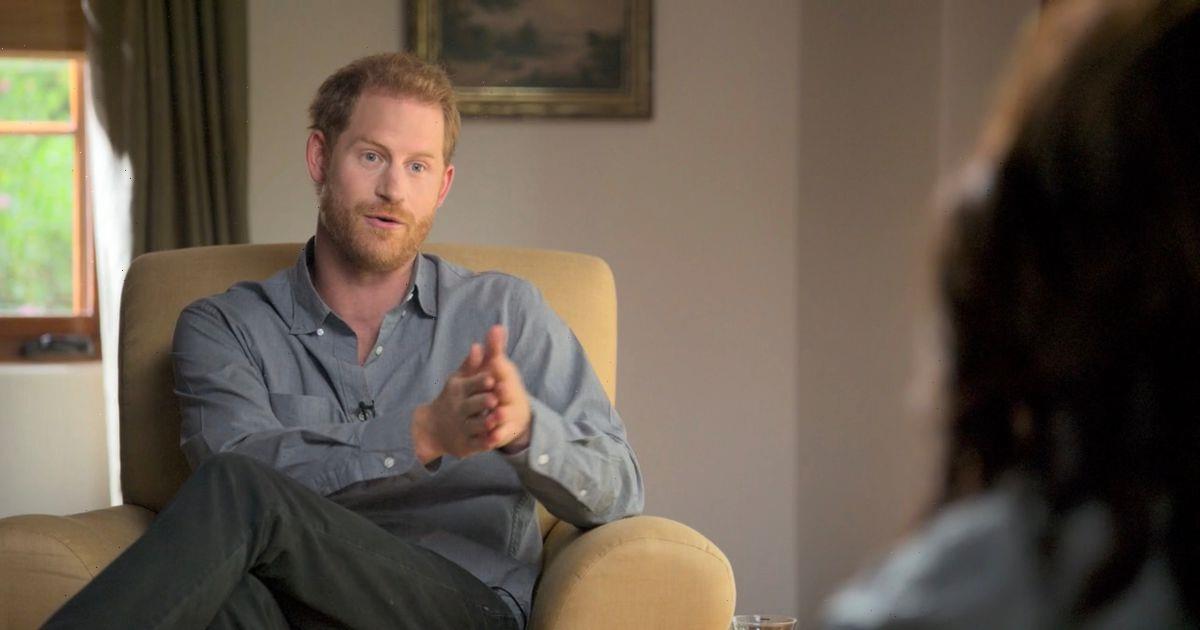 Since the release of his tell-all docuseries, The Me You Can't See, Prince Harry has caused a media frenzy and has led several members of the public to give their hot take on the Royal's frank admissions.

But looking into The Duke of Sussex's behaviour during the documentary from a more psychological perspective, there is definitely a lot more that meets the eye and tell-tale signs which indicate Meghan could be the "catalyst" for Royal Family split.

From Judi's analysis, Harry fiddled with his wedding ring finger during certain parts of his interview with Oprah which gives insight into a much deeper meaning.

Talking exclusively to Daily Star, Judi explained: "At certain important points of his dialogues, Harry begins to fiddle with his wedding ring and it is clear that he sees Meghan as the catalyst for his 'epiphany' when he realised he needed to make changes.

"This comfort gesture suggest he sees her as provider of both support and reassurance.

"There are also moments of open grief and sadness though, especially when he tells Oprah he was ‘too young to help my mother’. His voice appears to crack at this point and he lowers his eyes in a cut-off while his nose performs a micro-wrinkle of what looks like disgust."

From Judi's analysis, although Harry appears to have a calm and collected demeanour, the Prince is "harbouring intense anger and grief from his past".

Judi explained: "Harry’s body language shows us a man harbouring intense anger and grief from his past while also appearing as a calm, confident adult who is able to use that past to give advice going forward.

When Harry speaks to Oprah his pose is relatively relaxed. He sits back in his chair with his elbows splayed out, his legs crossed and his shoulders giving no sign of inner tension.

"He appears to enjoy speaking and he even refers to it as a necessary part of recovering from his past. In these moments he uses steepled finger gestures and emphatic hand movements to imply authority and status. His slow nods and his slower blink rate suggests calm.

Judi continued: "The mood is broken when he comes to the segment of the documentary where he will talk about his own childhood traumas though. His pose becomes less splayed and his vocal tone drops and quietens.

"Harry uses illustrative and mime gestures to re-live and to explain his pain and his experiences here, miming strapping on his seatbelt and miming the horses’ hooves as he walked behind his mother’s coffin.

"We begin to be shown Harry’s anger here. He mimes his anger at the public by pointing a finger at an invisible crowd to tell them that Diana is ‘my mum’ and he stab-points those fingers back at his own chest like a small child making the point.

"His lower lip juts and he narrows his eyes in micro-gestures of anger."

The Me You Can't See is available to watch on Apple TV+.